Home Headlines UK to set out new energy supply strategy as prices soar
Our website publishes news, press releases, opinion and advertorials on various financial organizations, products and services which are commissioned from various Companies, Organizations, PR agencies, Bloggers etc. These commissioned articles are commercial in nature. This is not to be considered as financial advice and should be considered only for information purposes. It does not reflect the views or opinion of our website and is not to be considered an endorsement or a recommendation. We cannot guarantee the accuracy or applicability of any information provided with respect to your individual or personal circumstances. Please seek Professional advice from a qualified professional before making any financial decisions. We link to various third-party websites, affiliate sales networks, and to our advertising partners websites. When you view or click on certain links available on our articles, our partners may compensate us for displaying the content to you or make a purchase or fill a form. This will not incur any additional charges to you. To make things simpler for you to identity or distinguish advertised or sponsored articles or links, you may consider all articles or links hosted on our site as a commercial article placement. We will not be responsible for any loss you may suffer as a result of any omission or inaccuracy on the website.
Headlines 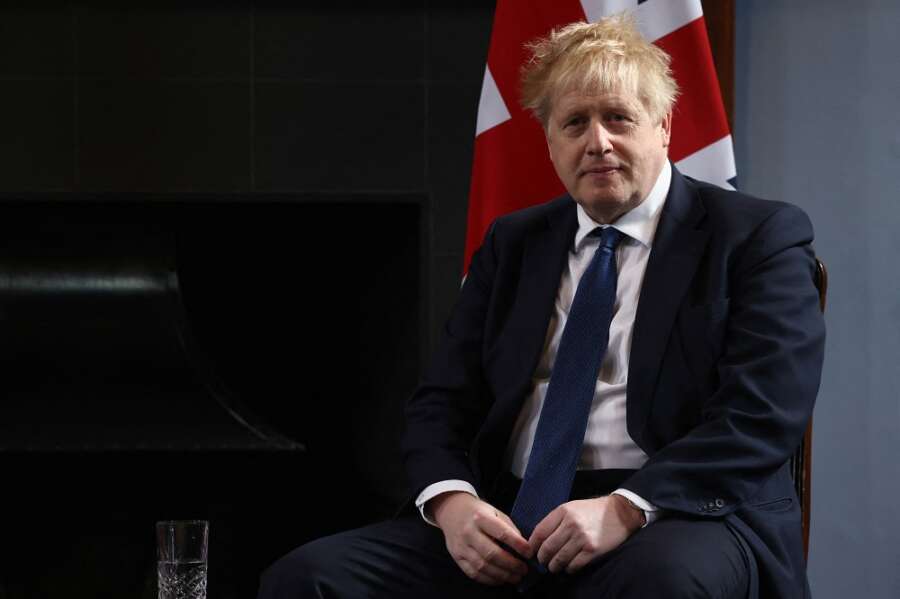 LONDON (Reuters) -Britain will set out a new energy supply strategy as the Russian invasion of Ukraine and subsequent rally in energy prices accelerate the need for new energy sources and greater self-reliance, Prime Minister Boris Johnson said on Monday.

Johnson, at a news conference alongside Canadian prime minister Justin Trudeau and Mark Rutte of the Netherlands, said the world could not simply close down the use of oil and gas from Russia but it could accelerate the transition away from it.

“We need to intensify our self reliance as a transition with more hydrocarbons, but what we also need to do is go for more nuclear and much more use of renewable energy,” he said. “I’m going to be setting out an energy strategy and energy supply strategy for the country in the days ahead.”

Britain only receives 4% of its gas supply from Russia but lower overall Russian supply to Europe means less could be available from Britain’s largest providers as they face tougher competition for supplies from other European providers.

“There are different dependencies in different countries, and we have to mindful of that,” Johnson said. “You can’t simply close down the use of oil and gas overnight, even from Russia.

“We can go fast in the UK … what we need to do is to make sure we are all moving in the same direction … and that we accelerate that move and I think that’s what you are going to see.”

The government said earlier on Monday it had asked its nuclear regulator to start the process of approving Rolls-Royce’s planned small scale modular nuclear reactor, which policymakers hope will help cut dependence on fossil fuels and lower carbon emissions.

One benchmark for gas prices hit a record 663.84 pence per therm on Monday. The price had fallen back to 536 p/therm by 1615 GMT but this remained more than 11 times higher than this time last year.

The European Commission is also expected to this week propose new steps to cut reliance on Russia including ensuring countries fill gas storage to a minimum level before winter and accelerating the rollout of renewables, according to a draft seen by Reuters.

How to Give and Receive Impactful Feedback in a Hybrid World