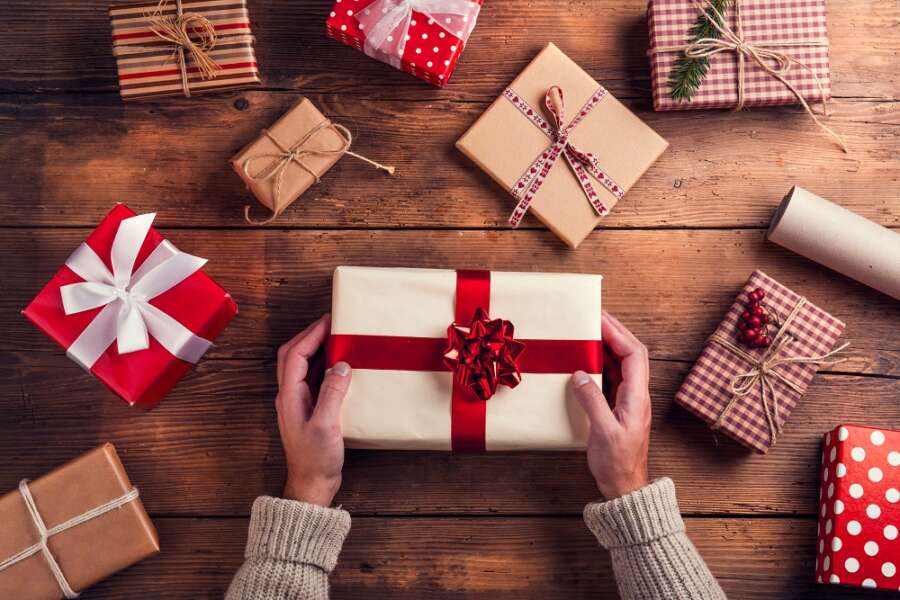 According to a new survey commissioned by Secret Santa name generator DrawNames.co.uk,
40% of people are Christmas shopping earlier than they usually would and 10% even started shopping in October. Nearly one third (29%) cited wanting to reduce stress as the main reason for shopping earlier. By starting shopping earlier ensures that you won’t have the Christmas Eve panic of heading out to the shops.

Over a third of people surveyed (32%) said that they planned to spend more on Christmas this year, then in 2020. With last year not being a ‘typical’ Christmas, it’s no surprise that 28% said it was because they wanted to make it extra special this year. Businesses have shown they are grateful to their employees, as 20% of people said they will spend more as they had a pay rise this year. The average amount that people plan to spend this year has increased by £55 (13%) from £423 last year to £478 this year.

With people spending time at home during the last 18 months, there has been a real resurgence in people wanting to support their local communities and independent businesses. This shows in the survey where 30% of people plan to shop locally or from small businesses to buy their Christmas presents. 18% will mostly be shopping online from ASOS, 19% plan to shop at John Lewis and 21% at Marks and Spencer.

It’s no surprise that 42% will shop at Argos. The tradition of children circling the toys they want in the Argos catalogue may sadly be over, as Argos announced they stopped the catalogue last year after printing one billion copies for 47 years, but people will still be ordering online. The convenience of Amazon Prime next day delivery is unsurprisingly still proving popular with a massive 77% of people surveyed that they will be shopping with the online giant.

A Secret Santa exchange is often considered an office tradition but is becoming more popular, with 25% of people saying they will host one with their friends and 18% with family members. A Secret Santa is a tradition where you are given a name secretly, and then have to buy that person a gift anonymously, once a budget has been set. 58% say that they still pull a name out of a bowl or hat to pick their Secret Santa! This can be difficult if friends and family aren’t local. DrawNames is an exciting and 100% touchless, virtual and free Secret Santa gift exchange app. It brings families together from across the globe. Over 7 million people have drawn names this year.

Using the Secret Santa auto gift finder, you can find the perfect present in the right price group for any family member, friend or colleague. 33% of people surveyed said that they find it useful when someone has a wish list, proving you are never too old to send Santa a wish list.

Landsec: HULT Private Capital explore why the investment in Salford over London?

Refill beauty – how the packaging industry is...

Half of UK adults have ‘unhealthy’ relationship with...

November 12, 2021
Editorial & Advertiser disclosureEditorial & Advertiser disclosureOur website provides you with information, news, press releases, Opinion and advertorials on various financial products and services. This is not to be considered as financial advice and should be considered only for information purposes. We cannot guarantee the accuracy or applicability of any information provided with respect to your individual or personal circumstances. Please seek Professional advice from a qualified professional before making any financial decisions. We link to various third party websites, affiliate sales networks, and may link to our advertising partners websites. Though we are tied up with various advertising and affiliate networks, this does not affect our analysis or opinion. When you view or click on certain links available on our articles, our partners may compensate us for displaying the content to you, or make a purchase or fill a form. This will not incur any additional charges to you. To make things simpler for you to identity or distinguish sponsored articles or links, you may consider all articles or links hosted on our site as a partner endorsed link.