Home Headlines Analysis-Forget showering, it’s eat or heat for shocked Europeans hit by energy crisis
Our website publishes news, press releases, opinion and advertorials on various financial organizations, products and services which are commissioned from various Companies, Organizations, PR agencies, Bloggers etc. These commissioned articles are commercial in nature. This is not to be considered as financial advice and should be considered only for information purposes. It does not reflect the views or opinion of our website and is not to be considered an endorsement or a recommendation. We cannot guarantee the accuracy or applicability of any information provided with respect to your individual or personal circumstances. Please seek Professional advice from a qualified professional before making any financial decisions. We link to various third-party websites, affiliate sales networks, and to our advertising partners websites. When you view or click on certain links available on our articles, our partners may compensate us for displaying the content to you or make a purchase or fill a form. This will not incur any additional charges to you. To make things simpler for you to identity or distinguish advertised or sponsored articles or links, you may consider all articles or links hosted on our site as a commercial article placement. We will not be responsible for any loss you may suffer as a result of any omission or inaccuracy on the website.
Headlines 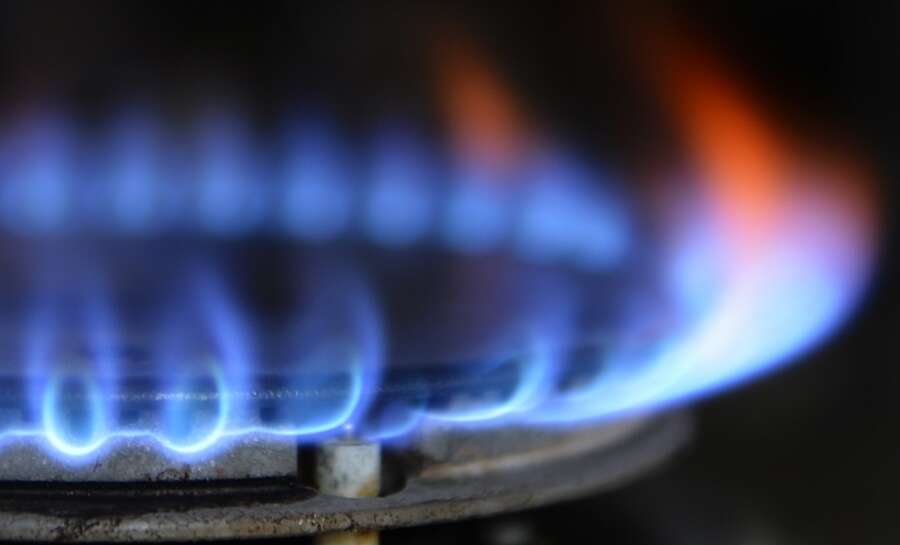 By Bozorgmehr Sharafedin and Canan Sevgili

LONDON (Reuters) – No more ironing, limited oven use and showering at work – Europeans are trying to keep their energy use down but the bills keep climbing.

As wholesale gas and electricity prices surge, millions of people in Europe are now spending a record amount of their income on energy, data show.

In the east England town of Grimsby, Philip Keetley didn’t turn on his cooling fan at home as Britain sweltered under a record heat-wave this summer.

A look at his bank account showed he couldn’t afford to.

“The cost of living has increased and yet you’re still expected to live on the money provided for when there wasn’t a crisis … I either can have my heating on or eat,” Keetley said.

Citizens in other European countries too are voluntarily taking action to cut consumption as gas, electricity and fuel prices sky-rocket due to war in Ukraine, sanctions on Russia and the aftermath of the coronavirus pandemic.

The benchmark European gas price has soared 550% in the past 12 months. The cost of energy for British consumers will rise by 80% from October, regulator Ofgem said on Friday, taking average annual household bills to 3,549 pounds ($4,188).

European governments have rushed to offer aid, but data shows the assistance hasn’t made a significant difference to households.

This winter, Britons will spend an average 10% of their household income on gas, electricity and other heating fuels as well as domestic vehicle fuels, mainly petrol and diesel, twice the amount in 2021, according to Carbon Brief’s calculations of official data.

This makes the current energy crisis more severe than those of the 1970s and 1980s. An oil producer’s oil embargo and the Iranian revolution in 1979 caused blackouts and long queues in petrol stations in the West. At the peak of that crisis in 1982, people in the UK paid 9.3% of their income on energy. 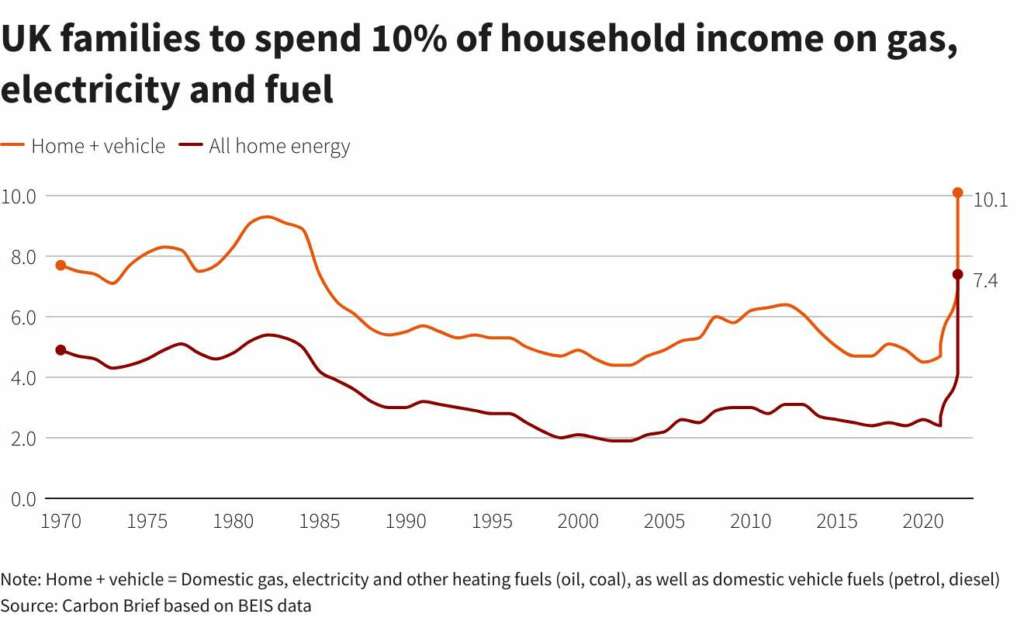 A household is defined as living in fuel poverty if it is low income and needs to spend 10% or more of its income on energy, according to NEA and other British charities. The definition is unofficially used in other European countries.

“The increase in energy bills that we’re seeing is completely unprecedented,” said Peter Smith, director of policy and advocacy at NEA.

“We think that those historical trends of low income households disproportionately spending more of their income on energy is still very evident.”

Keetley lost his job as a council adviser in April and lives on 600 pounds ($706.44) a month from a social security scheme. Half of that goes on rent, he said, with the remainder barely covering essentials.

He now eats one meal a day and despite reducing energy consumption to a minimum, he spends more than 15% of his income on energy bills.

A third of UK households have reduced cooker and oven use, a study by the Financial Fairness Trust showed, a third have reduced the number of showers they take, and half have turned down the temperature in their homes.

“People are doing a lot to try to keep their bills down but they are going up anyway. That’s why we want to see more action from government,” said Jamie Evans, senior research associate at Bristol University who was involved in the Financial Fairness Trust’s study.

Dawn White, who has renal failure, says she fears Britain’s spiralling energy costs mean she will no longer be able to afford her life-saving treatment.

“Without my (dialysis) machine five times a week, 20 hours, I will die,” 59-year-old White, who lives in southeast England, told Reuters.

Gas prices for families in most leading European economies in early 2022 exceeded the peak of previous crises in the 1970s, 1980s and 2000s, according to an inflation-adjusted index for households provided by the International Energy Agency (IEA).

Europe looks worse off than other developed economies.

By the end of the first quarter, the OECD gas price index was still lower than the peak of previous crises.

IEA data dating back to 1978 shows that although American households paid on average higher prices for natural gas in the last four decades, the price of gas for European families has exceeded American levels in 2022. 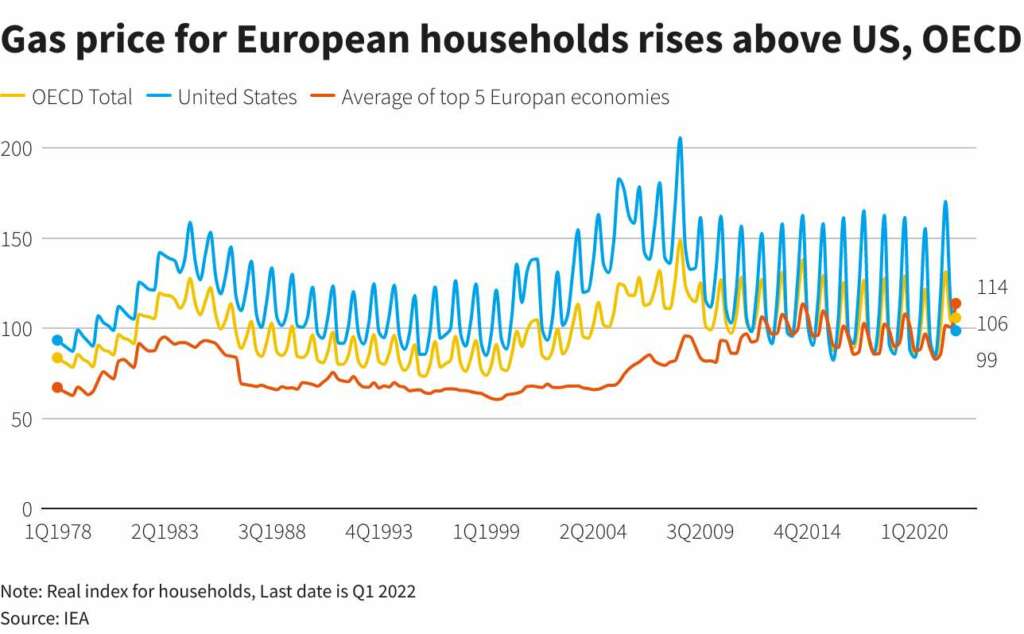 In Turkey, gas prices more than doubled in July from a year earlier, while electricity prices surged 67% year-on-year, according to Turkish Statistical Institute data.

Åžeyda Bal, 27, in Istanbul, said she has limited oven use to three times a month to save on energy. Her husband commutes to work via bus to save on fuel, although it takes him three times longer.

In the European Union, Italian and German families are among the worst hit by surging gas prices, IEA data shows.

Energy bills in an average Italian family, mainly for gas and electricity, jumped to 5% of total household expenses by July 2022, from 3.5% in 2019, data from economic research firm Prometeia showed. The July level was the highest since 1995 based on OECD data. 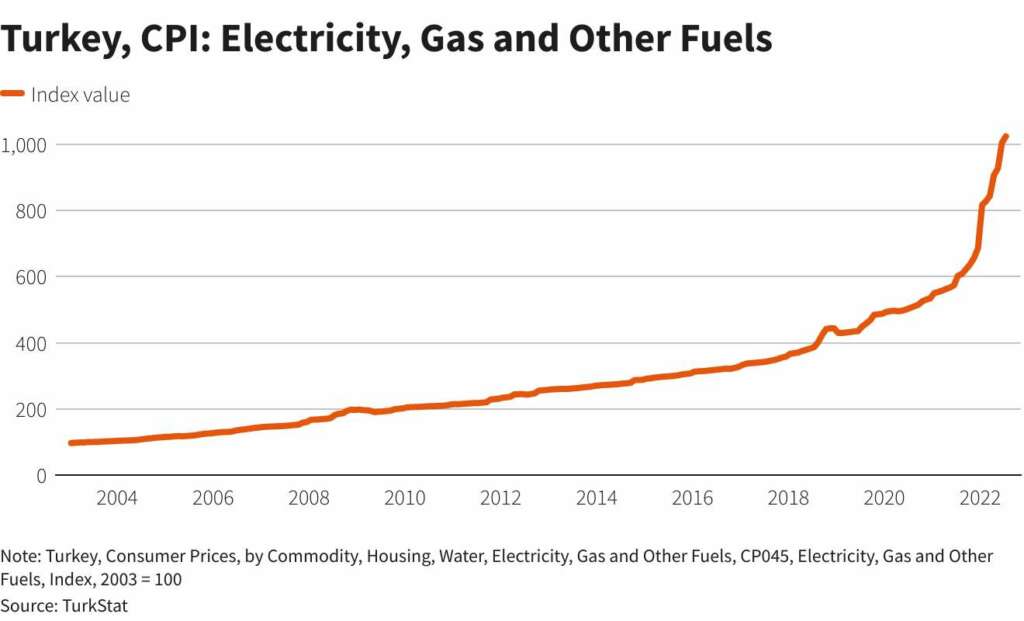 In Europe’s biggest economy, Germany, household gas bills more than doubled in July from 2021, data from prices portal Check24 showed, while heating oil prices for families with a mid-terrace house were up 78% year-on-year in May.

Ercan Erden, 58, lives in the town of Nidda, northeast of Frankfurt, and works as a machine operator at a mineral water factory. “I now take my shower at the workplace after work, and I shave at work,” he said. 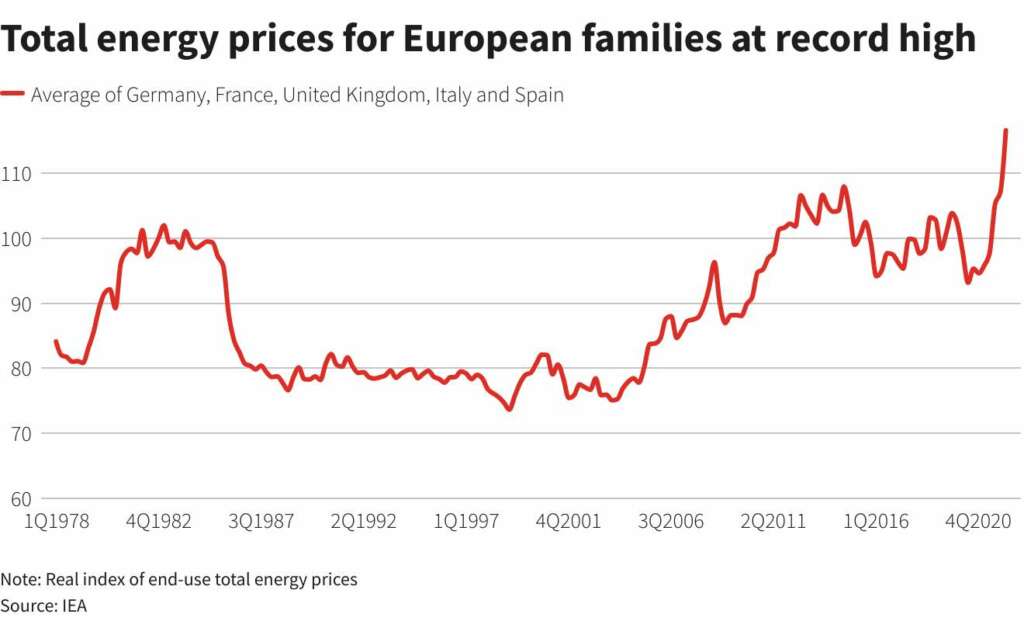