Home Headlines Analysis-Investors face expensive quest for year-end cash and safe assets
Our website publishes news, press releases, opinion and advertorials on various financial organizations, products and services which are commissioned from various Companies, Organizations, PR agencies, Bloggers etc. These commissioned articles are commercial in nature. This is not to be considered as financial advice and should be considered only for information purposes. It does not reflect the views or opinion of our website and is not to be considered an endorsement or a recommendation. We cannot guarantee the accuracy or applicability of any information provided with respect to your individual or personal circumstances. Please seek Professional advice from a qualified professional before making any financial decisions. We link to various third-party websites, affiliate sales networks, and to our advertising partners websites. When you view or click on certain links available on our articles, our partners may compensate us for displaying the content to you or make a purchase or fill a form. This will not incur any additional charges to you. To make things simpler for you to identity or distinguish advertised or sponsored articles or links, you may consider all articles or links hosted on our site as a commercial article placement. We will not be responsible for any loss you may suffer as a result of any omission or inaccuracy on the website.
Headlines 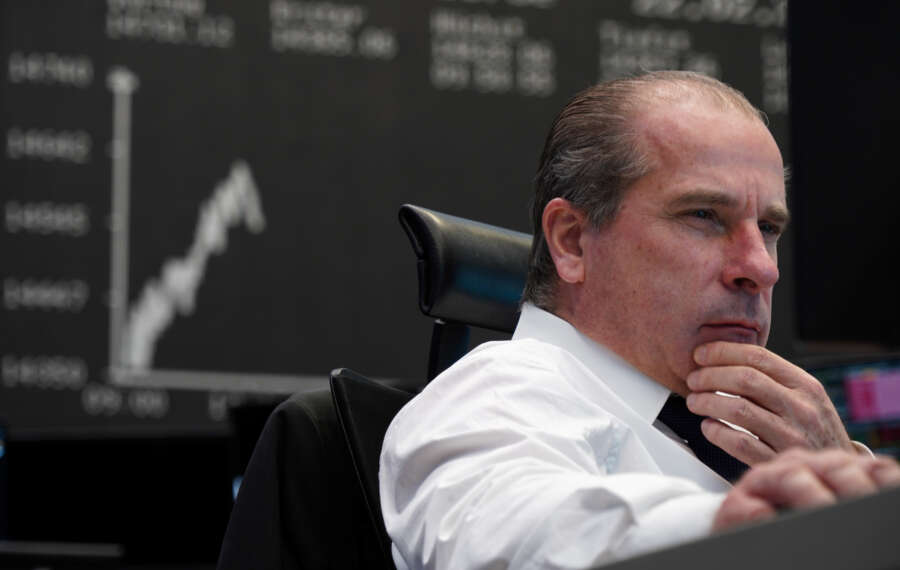 (Reuters) – As the most volatile period in years for traders draws to a close, the year-end dash for cash and high-quality assets will likely prove more challenging than usual in markets buffeted by decades-high inflation and aggressive central bank rate hikes.

The approach of year-end typically sees high demand to place or obtain cash as financial institutions seek to bolster their balance sheets, rebalance portfolios and transfer funds to close the year off.

But this year, with U.S. gauges of market volatility back at levels seen at the height of the COVID-19 pandemic and an uncertain economic outlook, it is harder than normal for banks to take risk on their balance sheets.

Money markets too suggest securing cash and quality assets investors need to make a smooth transition into 2023 will be expensive.

“When you look at the three-quarter ends this year and compare them to the previous years, each one has been significantly more expensive than in the past,” said Michael Leister, head of interest rate strategy at Commerzbank.

German repurchase agreements – where investors borrow collateral, usually government bonds, in return for cash – have implied rates of some minus 10% for the year-end, the International Capital Market Association said in a late October letter calling on the European Central Bank to act.

Such deeply negative repo rates, which compare with minus 4.5% on Dec. 31 last year according to CME Group, reflect the high cost of borrowing German bonds as a collateral shortage plagues euro zone bond markets. ECB bond purchases have left a tiny amount of German debt available for asset managers.

A similar collateral shortage in Britain is holding repo rates well below the 3% policy rate and may lead the Bank of England to intervene, according to NatWest Markets.

In the United States, the premium on year-end interbank borrowing, measured by the difference between so-called FRA-OIS spreads for December and March, has been priced in much higher throughout the year than average levels seen in the past five years, BofA noted in October.

In cross-currency basis swaps, where investors swap euros, yen and Swiss francs for U.S. dollars, the relative premium to obtain dollars widened to the largest since the height of the COVID-19 pandemic in March 2020 at end-September, when they started to factor in year-end.

That premium rises sharply every year at end-September, but the scale of this year’s move on the euro-dollar swap was the largest since 2008, according to ICAP data.

“It’s a sign that demand for dollar funding over year-end is really strong and probably stronger than previous years, at least relative to the ability of the market to accommodate that demand,” ING senior rates strategist Antoine Bouvet said.

The premium has eased sharply, also after Thursday’s U.S inflation data surprise prompted a rethink on Federal Reserve rate hike bets. But analysts noted year-end is still 1-1/2 months away and the spread tends to widen in late November as demand for cash rises.

The risk is any unexpected news emerging as liquidity thins further in December, requiring investors to reconsider positioning.

“You have to be more careful about positioning to carry over to the new year, even more than the years before,” said Dalibor Jarnevic, head of government bond trading at DZ Bank.

Jarnevic noted the ECB’s Dec. 15 meeting, a day after the Fed, poses a particular risk should it surprise markets.

“Normally until that point…the investor base has already done their basic positioning to the year-end and trading volumes already tend to be very low,” he said. “This might bring people in a position to accept prices which they are not used to in the government market.”

Britain’s September budget turmoil highlighted how a shock event hitting when liquidity is already poor can destabilise a market.

Policymakers are alert to the risks.

Germany’s debt agency recently expanded holdings of its own bonds by a chunky 54 billion euros to lend out to investors on the repo market. The ECB on Thursday increased the bonds it lends against cash by 100 billion euros.

BofA said it now sees year-end German repo 6 percentage points below the overnight rate, which it said would still make it the most expensive on record for investors borrowing bonds then. The overnight rate is currently at 1.4%.

For host Indonesia, a G20 summit dogged by Russia-Ukraine rancour