Home Headlines Analysis: Traders ready for wilder swings as rate rises stoke volatility
Our website publishes news, press releases, opinion and advertorials on various financial organizations, products and services which are commissioned from various Companies, Organizations, PR agencies, Bloggers etc. These commissioned articles are commercial in nature. This is not to be considered as financial advice and should be considered only for information purposes. It does not reflect the views or opinion of our website and is not to be considered an endorsement or a recommendation. We cannot guarantee the accuracy or applicability of any information provided with respect to your individual or personal circumstances. Please seek Professional advice from a qualified professional before making any financial decisions. We link to various third-party websites, affiliate sales networks, and to our advertising partners websites. When you view or click on certain links available on our articles, our partners may compensate us for displaying the content to you or make a purchase or fill a form. This will not incur any additional charges to you. To make things simpler for you to identity or distinguish advertised or sponsored articles or links, you may consider all articles or links hosted on our site as a commercial article placement. We will not be responsible for any loss you may suffer as a result of any omission or inaccuracy on the website.
Headlines 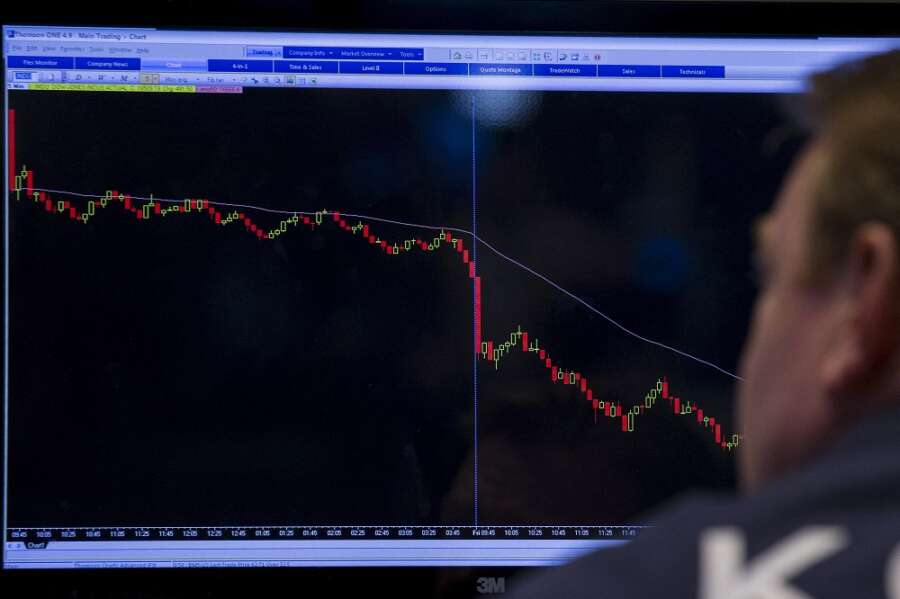 LONDON/NEW YORK (Reuters) – Traders in the world’s largest markets are having to navigate wild intra-day swings and shrinking deal sizes as central banks rapidly withdraw stimulus measures, in a small-scale reminder of a pandemic-driven financial seize-up just two years ago.

The U.S. Federal Reserve said in a report this week that liquidity had “deteriorated” further than what might be expected at current levels of volatility, with noticeably poor conditions in treasury, commodity and equity markets.

The onset of the coronavirus pandemic triggered a market crisis in March 2020 as investors dumped riskier assets, prompting global policymakers to pump in a total of $15 trillion, the equivalent of more than a sixth of the world economy, to help them regain stability.

If markets are too unstable, the ability of central banks to transmit their monetary policy effectively is reduced and the Fed’s wording is being read as a warning by some.

Liquidity had already been progressively more constrained after post-2008 regulations curbed the market-making and risk-taking ability of the world’s biggest banks.

But this year’s pinch is down to rapid interest rate rises by central banks and their efforts to cut balance sheets swollen by huge bond-buying programmes, with liquidity shortfalls now particularly acute in bond markets.

It is also evident in the Cboe Volatility Index, known as Wall Street’s “fear gauge” which is up 14% this week alone. But at just over 34 points, the VIX remains below peaks of almost 90 hit during the outbreak of the COVID-19 crisis in 2020 and the global financial crisis in 2008. 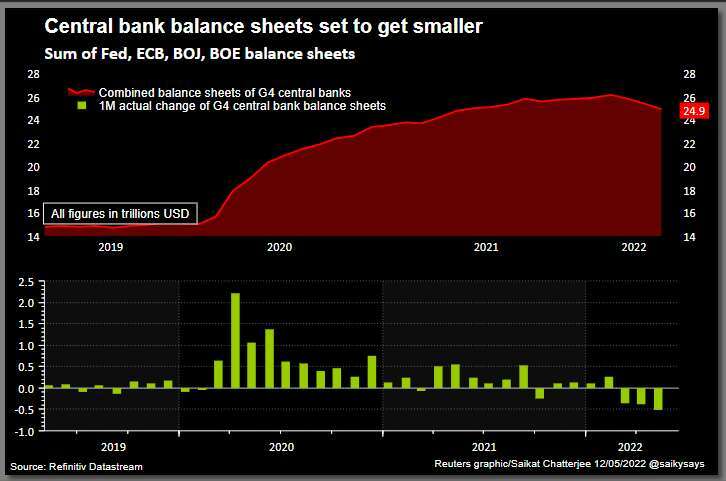 As of next month the Fed will start selling down its bond holdings, which is likely to mean even thinner trading volumes.

“Bond market depth remains depressed year to date, as liquidity is withdrawn from the system,” she said, citing the combination of monetary tightening, inflation, Russia’s invasion of Ukraine, and the Fed’s bond sale plans.

One indicator of the scale of the volatility are German 10-year bond futures, which are showing an average daily gap between the highest and lowest prices that is higher than any year in the past five, Refinitiv data shows, while Bund volatility in March was the highest since 2020. 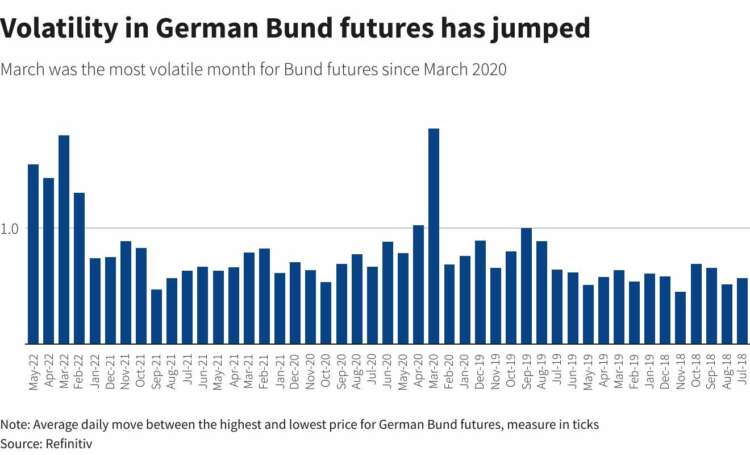 The picture is similar in the $20 trillion U.S. Treasury market, which Steven Abrahams at brokerage Amherst Pierpont said results from the Fed’s “withdrawal of liquidity by design”.

“There are more investors that just aren’t sure where the curve is going to go next, that has taken some of the capital out of the market, and traders are seeing it in kind of jumpier moves in yields during the day as well,” Abrahams said.

Various indexes illustrate the shape market liquidity is in, with Abrahams’ analysis showing Treasury liquidity at its tightest since March 2020.

And a Goldman Sachs indicator based on inputs from over 30 different markets shows Treasuries leading recent liquidity tightening.

Another from Cross-Border Capital, which the consultancy says leads markets by 6-12 months, is at a three-year low. 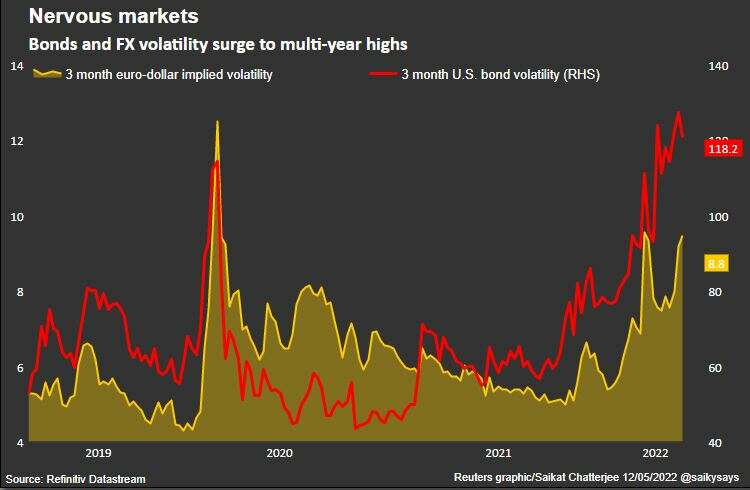 Greater volatility appears to be filtering into currency markets, where average daily turnover on the world’s most-traded exchange rate pair, euro/dollar, is down to 4,500 trades on the EBS multi-dealer platform, from nearly 6000 in March.

Lower turnover can increase volatility, with a gauge of expected swings in the euro on a one-month horizon recently hitting two-year highs above 12%, Refinitiv data shows.

That often leaves traders struggling to execute larger trades and can cause a small number of trades to move prices.

“If you look at the screens, they are relatively normal. But we know that if anyone wants to trade a big size, that (market) depth will be challenged,” Chris Huddleston, CEO at brokerage FXD Capital in London, said, adding trading would get harder as interest rate hikes gather pace.

Suhail Shaikh, CIO at Fulcrum Asset Management in London, estimates volatility is already between the 90th and 95th percentile in the context of asset classes’ own history.

But market nervousness is partly because “risk officers are pointing out the Fed has been making loud noises about liquidity, which is not common for the Fed to do,” Shaikh said.

“So we are just moving on from there being no worries to ‘be more careful,'” he added.