Home Headlines Asian stocks edge up before U.S. jobs data, defying Wall Street selloff
Our website publishes news, press releases, opinion and advertorials on various financial organizations, products and services which are commissioned from various Companies, Organizations, PR agencies, Bloggers etc. These commissioned articles are commercial in nature. This is not to be considered as financial advice and should be considered only for information purposes. It does not reflect the views or opinion of our website and is not to be considered an endorsement or a recommendation. We cannot guarantee the accuracy or applicability of any information provided with respect to your individual or personal circumstances. Please seek Professional advice from a qualified professional before making any financial decisions. We link to various third-party websites, affiliate sales networks, and to our advertising partners websites. When you view or click on certain links available on our articles, our partners may compensate us for displaying the content to you or make a purchase or fill a form. This will not incur any additional charges to you. To make things simpler for you to identity or distinguish advertised or sponsored articles or links, you may consider all articles or links hosted on our site as a commercial article placement. We will not be responsible for any loss you may suffer as a result of any omission or inaccuracy on the website.
Headlines 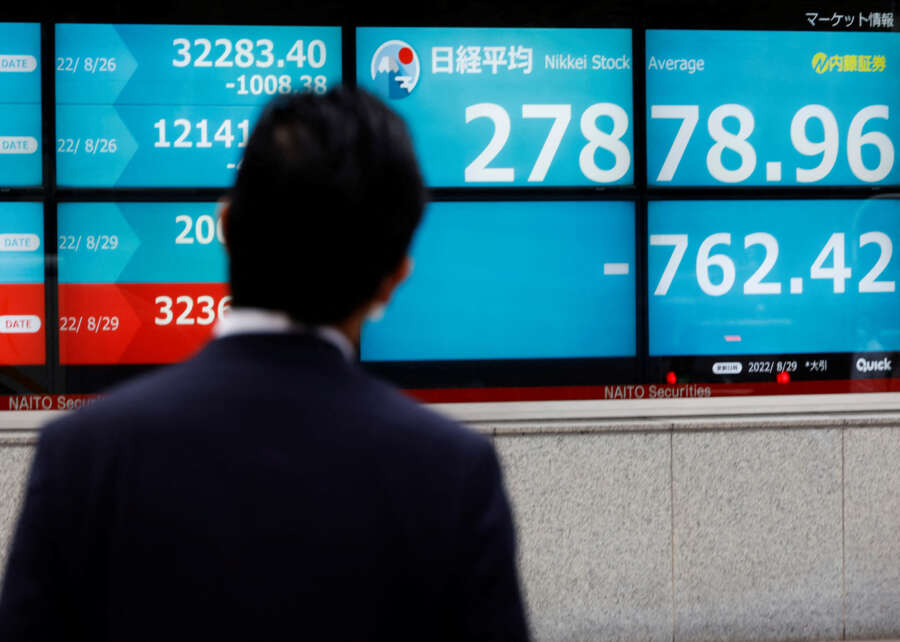 TOKYO (Reuters) – Asian equities gained on Friday while the dollar hovered near a one-month high as investors braced for crucial U.S. jobs data later in the day that should provide clues on how aggressive the Federal Reserve will be in tightening policy.

MSCI’s broadest index of Asia-Pacific shares added 0.29%, putting it on track for a 1.55% advance for the first week of 2023, its best weekly performance in a month.

Wall Street sold off amid worries that a robustness in the jobs market would keep the Fed raising rates for longer, after data released on Thursday showed a bigger than expected rise in private payrolls and a drop in jobless claims.

“There is concern that the labor market isn’t showing any signs of cooling,” putting financial markets “very much on edge”, said Tony Sycamore, a market analyst at IG.

According to a Reuters survey of economists, non-farm payrolls are forecast to show on Friday that 200,000 jobs were created in December, easing from November’s 263,000 pace.

The U.S. currency remained elevated versus major peers on Friday. The dollar index, which measures the greenback against six counterparts including the euro and yen, was trading little changed at 105.11 after jumping 0.91% overnight and touching 105.27 for the first time since Dec. 8.

The dollar index is up 1.57% this week, putting it on course to snap a streak of three losing weeks. It is shaping up for the best performance since late September.