Home Headlines AstraZeneca lifts 2022 earnings outlook as cancer drugs boost results
Our website publishes news, press releases, opinion and advertorials on various financial organizations, products and services which are commissioned from various Companies, Organizations, PR agencies, Bloggers etc. These commissioned articles are commercial in nature. This is not to be considered as financial advice and should be considered only for information purposes. It does not reflect the views or opinion of our website and is not to be considered an endorsement or a recommendation. We cannot guarantee the accuracy or applicability of any information provided with respect to your individual or personal circumstances. Please seek Professional advice from a qualified professional before making any financial decisions. We link to various third-party websites, affiliate sales networks, and to our advertising partners websites. When you view or click on certain links available on our articles, our partners may compensate us for displaying the content to you or make a purchase or fill a form. This will not incur any additional charges to you. To make things simpler for you to identity or distinguish advertised or sponsored articles or links, you may consider all articles or links hosted on our site as a commercial article placement. We will not be responsible for any loss you may suffer as a result of any omission or inaccuracy on the website.
Headlines 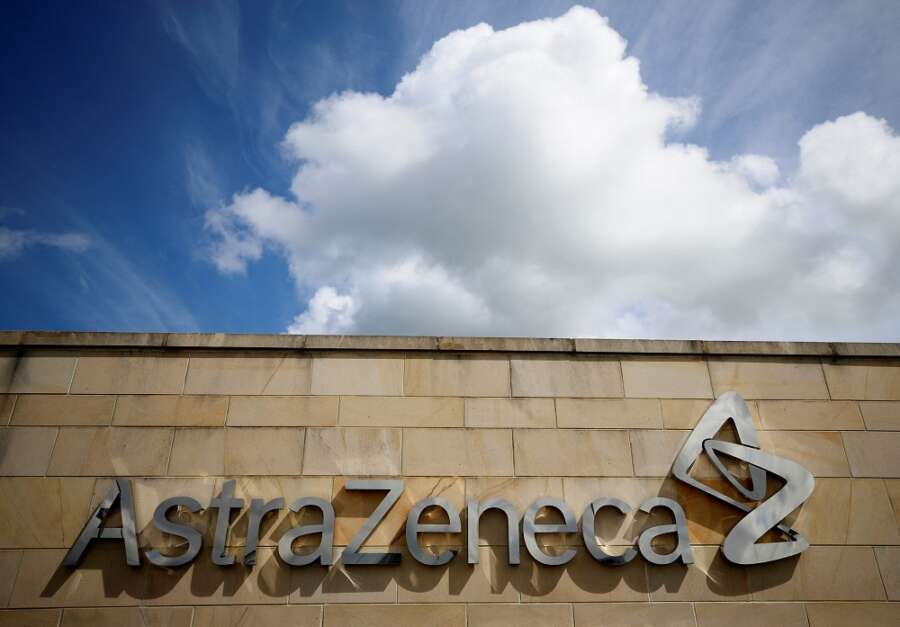 (Reuters) -AstraZeneca raised its full-year earnings outlook on Thursday after strong sales of its key cancer drugs helped it beat quarterly profit and revenue forecasts, driving its shares to a 2-1/2 month high.

The Anglo-Swedish company said it managed to grow its business in China despite protracted COVID lockdowns and was no longer pursuing U.S. approval for its COVID-19 vaccine.

AstraZeneca is seen as a bellwether for the pharmaceutical sector in China, which accounted for about 16% of the company’s total revenue last year.

Sales in China have been hurt by lower drug prices while COVID lockdown measures have kept some patients from being diagnosed and seeking care.

Despite the headwinds, the company generated 8% sales growth in the region on a constant currency basis in the quarter, whereas it had expected a decline, chief executive Pascal Soriot said on a media call.

Geopolitical challenges are growing in the region due to tensions between China and Taiwan, though Soriot said that had not affected the company so far.

“We haven’t experienced any of those difficulties some industries actually may experience,” he said.

AstraZeneca, which reports its results in dollars, raised its adjusted earnings per share forecast for 2022 to grow by a “high twenties to low thirties percentage”, even though it expects a strong U.S currency to be a drag on full-year revenue and profit.

Previously, it had forecast adjusted EPS growth in the “mid-to-high twenties percentage”.

Its strong quarterly performance, coupled with recent positive pipeline updates underlies “why we continue to see AZN as the best growth story in EU Pharma,” Barclays analysts wrote in a note.

Soriot said the company had decided not to pursue U.S. approval for its COVID shot, noting declining demand for vaccines in the country and that the market was well-served by mRNA shots produced by rivals Pfizer and Modena.

“To be honest, it didn’t make any sense for us to continue pursuing this application,” he said.

AstraZeneca produced one of the first COVID-19 shots, but lost out to the mRNA vaccines.

“Whilst some of the other key players in the COVID-19 market started to show a decline in momentum, AstraZeneca’s diversified portfolio…has allowed them to stay on top and not be affected by the reduced global uptake of vaccines,” said Citeline analyst Zhyar Said.

Evusheld continues to demonstrate strong efficacy but there are a couple of variants that are resistant to it, Soriot said.

The company is now working on an upgraded version of the therapy it hopes to have ready by the third or fourth quarter of next year, he added.

Behind FTX’s fall, battling billionaires and a failed bid to save crypto