Home Headlines Belgian motorists beat fuel inflation with cross-border trips to France
Our website publishes news, press releases, opinion and advertorials on various financial organizations, products and services which are commissioned from various Companies, Organizations, PR agencies, Bloggers etc. These commissioned articles are commercial in nature. This is not to be considered as financial advice and should be considered only for information purposes. It does not reflect the views or opinion of our website and is not to be considered an endorsement or a recommendation. We cannot guarantee the accuracy or applicability of any information provided with respect to your individual or personal circumstances. Please seek Professional advice from a qualified professional before making any financial decisions. We link to various third-party websites, affiliate sales networks, and to our advertising partners websites. When you view or click on certain links available on our articles, our partners may compensate us for displaying the content to you or make a purchase or fill a form. This will not incur any additional charges to you. To make things simpler for you to identity or distinguish advertised or sponsored articles or links, you may consider all articles or links hosted on our site as a commercial article placement. We will not be responsible for any loss you may suffer as a result of any omission or inaccuracy on the website.
Headlines 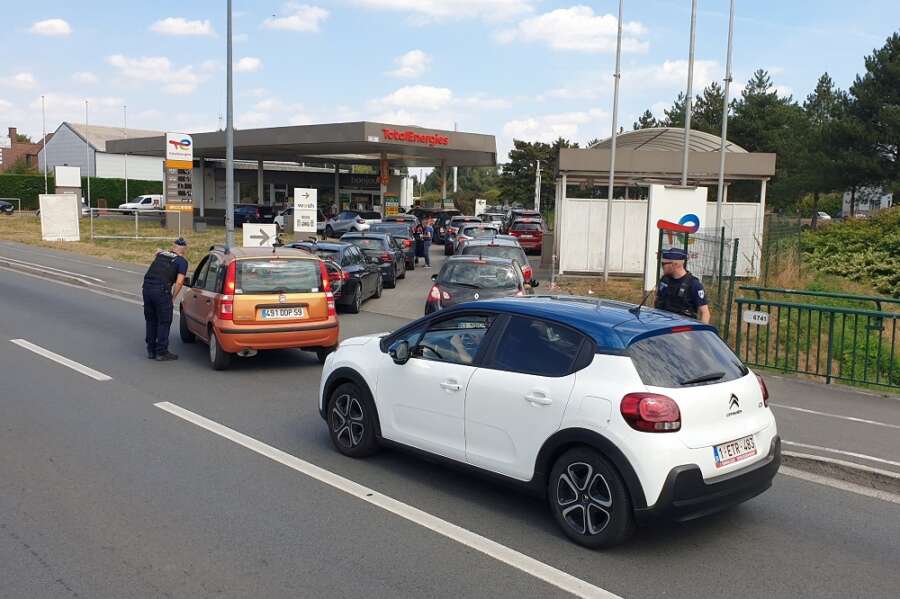 HALLUIN, France (Reuters) – French government support for gasoline prices has led to long queues of cars from Belgium queuing at gas stations just over the border with France where gas can be more than 30 euro cents ($0.30) per litre cheaper.

Christophe Bourgois, 29, a builder, said it was worth his while to drive to the French border town of Halluin from his Belgian home town of Comines.

“Gas prices here are 30 cents cheaper. It’s a good deal. On a full tank, you can feel the difference,” he said as he waited his turn in a line of cars.

As he and other drivers lined up, French police had to direct the traffic to prevent jams.

Gas station operator Marc Braems, who opened his station some 30 years ago, said that in one day he had seen double the number of customers and sold more than triple the volume of gas as a result of discounts offered by the government and TotalEnergies.

“The problem we may encounter is to get fuel delivered on time. We have large reservoirs, but given the flow we are experiencing now, it goes down faster than we can fill it,” he said.

TotalEnergies said on Thursday that the 20 euro cents discount would run until October 31 and would then fall to 10 cents per litre from Nov. 1 to Dec. 31.