Home Business BeZero Carbon raises $50 million to accelerate the Net Zero transition through carbon ratings
Our website publishes news, press releases, opinion and advertorials on various financial organizations, products and services which are commissioned from various Companies, Organizations, PR agencies, Bloggers etc. These commissioned articles are commercial in nature. This is not to be considered as financial advice and should be considered only for information purposes. It does not reflect the views or opinion of our website and is not to be considered an endorsement or a recommendation. We cannot guarantee the accuracy or applicability of any information provided with respect to your individual or personal circumstances. Please seek Professional advice from a qualified professional before making any financial decisions. We link to various third-party websites, affiliate sales networks, and to our advertising partners websites. When you view or click on certain links available on our articles, our partners may compensate us for displaying the content to you or make a purchase or fill a form. This will not incur any additional charges to you. To make things simpler for you to identity or distinguish advertised or sponsored articles or links, you may consider all articles or links hosted on our site as a commercial article placement. We will not be responsible for any loss you may suffer as a result of any omission or inaccuracy on the website.
Business 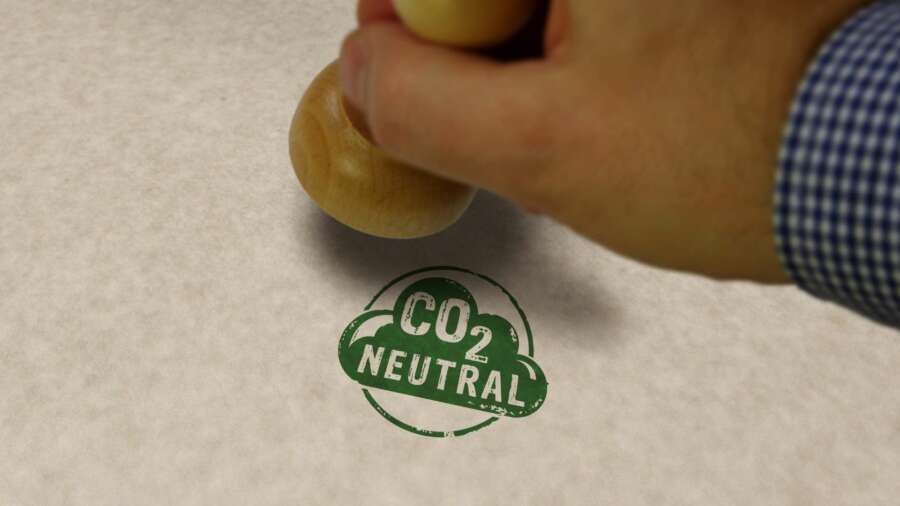 Carbon ratings agency BeZero Carbon has today announced a $50 million Series B funding round. The funds will be used to drive innovation in environmental markets through the development of ratings, risk and analytics tools.

The latest funding round brings the total raised by BeZero Carbon to more than $70 million in the past year, reaffirming London as one of the top climate tech hubs in the world.

BeZero Carbon will now be able to invest in creating risk-based products for other ecosystem markets, and open offices in New York and Singapore. It will continue to expand its proprietary automation toolkit, deepen its earth observation capabilities, and invest in top talent to further build upon its offering as the leading ratings and research house in the Voluntary Carbon Market.

As an increasing number of companies set Net Zero targets and invest in carbon credits to support them, the Voluntary Carbon Market is set to grow rapidly. Analysis shows it could reach $50bn by 2030. Its growth presents an opportunity to channel significant amounts of capital into environmental projects, accelerating climate action and delivering strong financial returns.

BeZero Carbon provides more coverage than any other carbon ratings agency backed by a team of world leading climate scientists, earth observation specialists, data scientists and financial analysts to improve decision making in the market, with around a sixth of employees holding PhDs.

BeZero Carbon is both driving quality and delivering transparency in the Voluntary Carbon Market.

Its freely available ratings methodology has strict qualifying criteria and explicitly promotes better public disclosure. The more information available to interrogate a credit’s carbon efficacy, the more confidence investors and end-buyers can have that it is achieving its climate claim.

All headline ratings and summaries are also made public on its website. It is the only carbon ratings agency to do this. Paying clients can access full project assessments, research insights and risk tools through its subscription-based platform. Marketplaces and exchanges can also host the ratings through its API integration.

BeZero Carbon has a global client base including major institutions from the energy, commodities and financial sectors as well as leading climate platforms, including Watershed, Anglo American, and Equinor and Glencore. BeZero Carbon’s ratings are also available on leading carbon exchanges, such as CBL’s Xpansiv platform, and marketplaces, such as Cloverly and Patch.

Through BeZero Carbon’s partnership with ICE, a leading global provider of data, technology and market infrastructure, the companies will work to launch innovative standardised exchange traded products. Hitachi Ltd. and EDF Group both plan to use BeZero’s ratings to bolster their own sustainability initiatives and support their pathways to Net Zero and services for their customers. The partnerships will also support BeZero Carbon’s expansion into Asian and Continental European markets.

Tommy Ricketts, CEO and co-founder of BeZero Carbon, said: “We have a once in a generation opportunity to build environmental and ecological restoration into the heart of the economic model. Starting with carbon, effective ecosystem markets have huge potential to accelerate the Net Zero transition and generate economic prosperity. Developing the information infrastructure that allows these markets to take off is fundamental to their growth. The raise will ensure we can continue to invest in our ratings, risk and analytics tools to make this vision a reality.”

Sebastien Cross, Chief Innovation Officer and co-founder of BeZero Carbon, said: “We are grateful to our investors, clients and partners who have recognised that the team and tools we have built at BeZero Carbon will transform the Voluntary Carbon Market. We are thrilled to continue our expansion with offices in the US and Asia, delivering world-leading insight and analysis that powers global environmental markets.”

Jeffrey Harris, Venture Partner at Quantum Energy Partners, said: “Set to reach $50bn by 2030, the Voluntary Carbon Market will play a central role in the transition to Net Zero. BeZero Carbon has built the biggest ratings agency in the market, with an incredible team of experts that are leaders in their fields. We are excited to be supporting them with their next stage of growth to help build a new climate economy.”

Savvy UK shoppers to stock up on blankets, heaters, and other energy-saving items during Black Friday – new research from quantilope