Home Headlines British minister to meet Taiwan president, drawing China’s anger
Our website publishes news, press releases, opinion and advertorials on various financial organizations, products and services which are commissioned from various Companies, Organizations, PR agencies, Bloggers etc. These commissioned articles are commercial in nature. This is not to be considered as financial advice and should be considered only for information purposes. It does not reflect the views or opinion of our website and is not to be considered an endorsement or a recommendation. We cannot guarantee the accuracy or applicability of any information provided with respect to your individual or personal circumstances. Please seek Professional advice from a qualified professional before making any financial decisions. We link to various third-party websites, affiliate sales networks, and to our advertising partners websites. When you view or click on certain links available on our articles, our partners may compensate us for displaying the content to you or make a purchase or fill a form. This will not incur any additional charges to you. To make things simpler for you to identity or distinguish advertised or sponsored articles or links, you may consider all articles or links hosted on our site as a commercial article placement. We will not be responsible for any loss you may suffer as a result of any omission or inaccuracy on the website.
Headlines 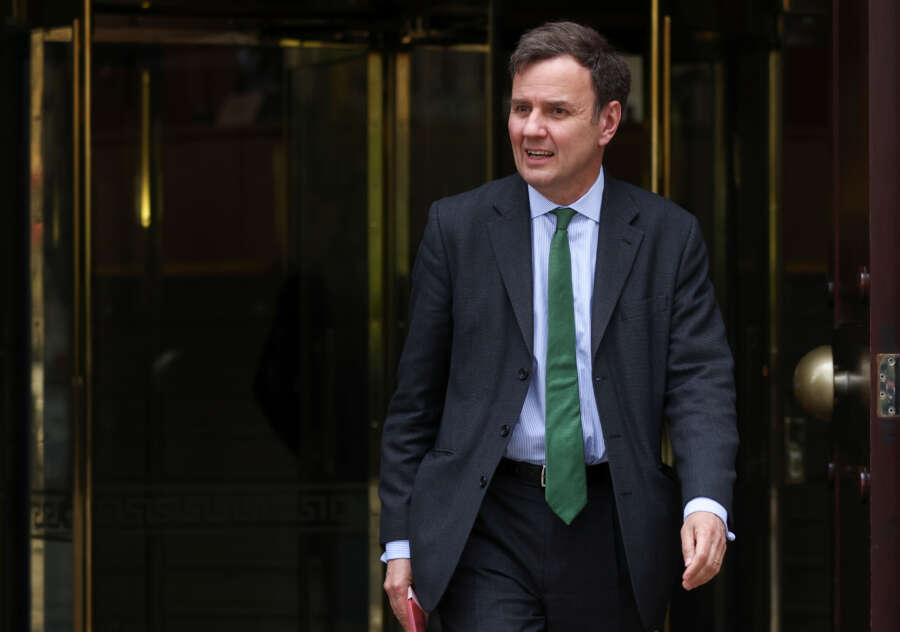 TAIPEI (Reuters) – A British minister will visit Taiwan this week for trade talks and meet President Tsai Ing-wen, his office said on Monday, drawing an angry reaction from Beijing to the latest high-level engagement between a Western government and the island.

China views democratically-governed Taiwan as its own territory and strongly objects to any official interactions between Taipei and foreign governments, believing it is a show of support for Taiwan’s separateness from China.

Britain’s Department for International Trade said Greg Hands, minister of state for trade and also a member of parliament, would meet Tsai and co-host the 25th annual UK-Taiwan Trade Talks during his two-day visit.

“Visiting Taiwan in person is a clear signal of the UK’s commitment to boosting UK-Taiwan trade ties. Like the UK, Taiwan is a champion of free and fair trade underpinned by a rules-based global trading system,” his office said in a statement.

Speaking in Beijing, Chinese Foreign Ministry spokesman Zhao Lijian said China resolutely opposed any form of official exchanges between a country with whom it has diplomatic ties and Taiwan.

“We urge the British side to stop any form of official exchanges with Taiwan and stop sending wrong signals to separatist forces for Taiwan independence,” he said.

Taiwan’s Economy Ministry declined to comment, saying that the meetings it was arranging were closed to the media.

Taiwan views Britain as a like-minded democratic partner and has been heartened by London’s concerns over recent Chinese war games near the island and support for its participation in international organisations, most of which Taiwan are locked out of due to China’s objections.

Britain, like Taiwan, is also bidding to join the Comprehensive and Progressive Agreement for Trans-Pacific Partnership, or CPTPP. Members agreed in February that Britain can proceed with its application, as it looks for new trading relationships after leaving the European Union.

China has applied to join as well.

Britain has no formal diplomatic ties with Taiwan but the two have close economic and informal relations and Britain maintains a de facto embassy in Taipei.

Western lawmakers and other officials have been stepping up their visits to Taiwan, despite Beijing’s strong objections, which views the island as its own territory and bristles at anything which implies it is a separate country.