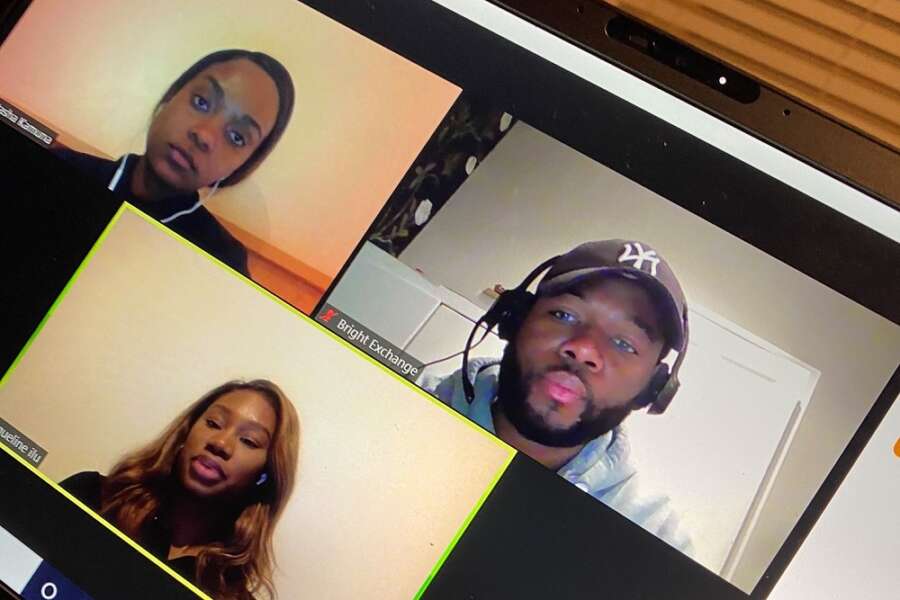 LONDON (Thomson Reuters Foundation) – As a Black teenager growing up in South London, Kofi Siaw had a problem – he dreamed of a high-flying career as a city professional, but had no contacts and few role models to help him get there.

Frustrated by seeing young Black men depicted in the media mainly in relation to crime, Siaw wanted to show youngsters like him they could aspire to break into white-dominated fields – and reach the top jobs, too.

Working with the Urban Synergy youth mentoring programme, he helped organise a series of events featuring Black professionals. Even for him, the meetings were a revelation.

“I remember at the time being surprised to see a Black pilot. I was like, brah, there’s Black people that fly planes?,” said, Siaw, who is now 29 and works as a senior associate at auditing firm EY.

“That was when it just got me thinking ‘I’ve got to think beyond Deptford’,” he said, referring to the inner city district where he grew up.

Black people make up about 3% of the population of England and Wales, but hold just 1.5% of senior management jobs in the private sector, according to an analysis released last year by Business in the Community, a charity.

“You’ve got many barriers to overcome,” said Warren Wellington, co-founder and chair of the Black British City Group for professionals working in the City of London.

Those who manage to break into prestigious white-dominated sectors can find their progress checked by a lack of representation and mentorship, as well as often subtle but persistent negative stereotypes about race, he said.

“If racism robs you of opportunity or a chance to better yourself, then to me that’s when it really is an issue,” he added.

Among the most ambitious is the 10,000 Black Interns, which launched last year with an initial commitment to place 100 young people and quickly grew to encompass more than 700 companies in 24 business sectors.

Out of the more than 500 interns placed so far, about 30% were offered either a job or an extended internship, said co-founder Dawid Konotey-Ahulu.

“All of the founders have found our WhatsApp or LinkedIn are literally blowing up every day with people just saying ‘this is incredible and has changed the game for me’,” he added.

Many of those launching such initiatives said they had been driven to act by their own struggles to build a career path.

“As a young Black man myself, I remember when I was their age, and I didn’t have a mentor,” said David Wurie of Bright Exchange, a not-for-profit mentorship and intern programme working with 15- to 19-year olds.

“I wanted to give back based on what I missed out on.”

A lack of senior Black staff in many top firms means they are often perceived as “unapproachable” and not for them by Black youths, he said, while the companies themselves are generally unaware they have this image.

Mentoring organisations said that despite corporations pledging to improve diversity, they should be doing more to actively reach out to minority and under-represented groups.

However, a growing focus from investors on environmental, social and corporate governance (ESG) programmes is helping to provide vital funding, said Akil Benjamin, who runs the Mentor Black Business programme for entrepreneurs of all ages.

“I know that I fulfill and satisfy a large part of multinational organisations’ ESG pledges,” he said.

“There’s a market need for me now … Without that market imperative, I don’t think as many of these programmes would be funded or delivering.”

While mentoring initiatives are aiming to help individuals get a foot in the door, some activists are pushing for more transparency over pay and progression.

“If there was an equal playing field, there’d be a lot more Black, Asian and ethnic minorities at the top, because we are equally intelligent as white people,” said Dianne Greyson, founder of the Ethnicity Pay Gap Campaign.

The campaign tracks companies that voluntarily share their ethnicity pay gap, and is also calling for the government to compel firms to share the data.

“It’s more than just a financial issue, it’s a human rights issue. Everybody should be treated fairly,” said Greyson.

(Reporting by Sonia Elks @soniaelks; Editing by Helen Popper. Please credit the Thomson Reuters Foundation, the charitable arm of Thomson Reuters, that covers the lives of people around the world who struggle to live freely or fairly. Visit http://news.trust.org)