Home Headlines China, Pacific islands unable to reach consensus on regional pact
Our website publishes news, press releases, opinion and advertorials on various financial organizations, products and services which are commissioned from various Companies, Organizations, PR agencies, Bloggers etc. These commissioned articles are commercial in nature. This is not to be considered as financial advice and should be considered only for information purposes. It does not reflect the views or opinion of our website and is not to be considered an endorsement or a recommendation. We cannot guarantee the accuracy or applicability of any information provided with respect to your individual or personal circumstances. Please seek Professional advice from a qualified professional before making any financial decisions. We link to various third-party websites, affiliate sales networks, and to our advertising partners websites. When you view or click on certain links available on our articles, our partners may compensate us for displaying the content to you or make a purchase or fill a form. This will not incur any additional charges to you. To make things simpler for you to identity or distinguish advertised or sponsored articles or links, you may consider all articles or links hosted on our site as a commercial article placement. We will not be responsible for any loss you may suffer as a result of any omission or inaccuracy on the website.
Headlines 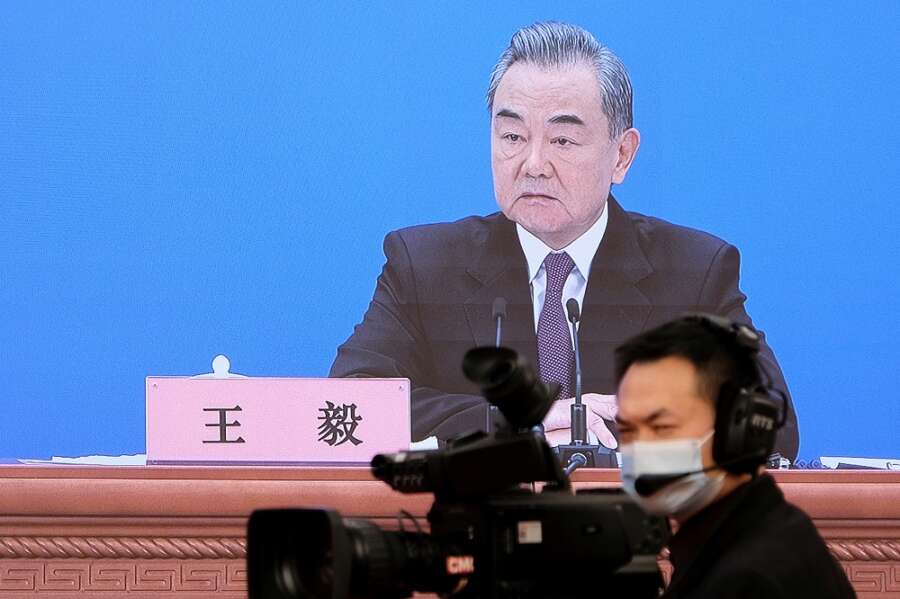 (Reuters) -China’s Foreign Minister Wang Yi on Monday urged the Pacific region not to be “too anxious” about his country’s aims after a meeting with his counterparts from 10 island nations deferred consideration of a sweeping trade and security communique.

Wang hosted the video meeting with foreign ministers from Pacific island nations with diplomatic ties with China midway through a tour of the region where Beijing’s ambitions for wider security ties has caused concern among U.S. allies.

A draft communique and five-year action plan sent by China to the invited nations ahead of the meeting showed China was seeking a sweeping regional trade and security agreement.

But the draft communique, first reported by Reuters, prompted opposition from at least one of the invited nations, Federated States of Micronesia, according to a letter leaked last week. Other nations wanted it amended or a decision delayed, an official from one Pacific country told Reuters before the meeting.

Niue said in a statement after the meeting it wanted time to consider China’s proposal because it covered regional strategic interests.

“China will release its own position paper on our own positions and propositions and cooperation proposals with Pacific island countries, and going forward we will continue to have ongoing and in-depth discussions and consultations to shape more consensus on cooperation,” he told reporters in Fiji.

Wang said some had questioned China’s motives in being so active in the Pacific islands, and his response was China supported developing countries in Africa, Asia and the Caribbean also.

“Don’t be too anxious and don’t be too nervous, because the common development and prosperity of China and all the other developing countries would only mean great harmony, greater justice and greater progress of the whole world,” he said.

China’s ambassador to Fiji, Qian Bo, said while answering questions after the briefing that participants had agreed to discuss the draft communique and the five-year plan “until we have reached an agreement.”

“There has been general support from the 10 countries with which we have diplomatic relations, but of course there are some concerns on some specific issues.”

He didn’t identify the areas of concern.

“We would like time to consider how the arrangement with China will support existing regional plans to ensure that our priorities are aligned and will be beneficial for all of us for regional prosperity,” Premier of Niue, Dalton Tagelagi, said in a statement released after the meeting.

The secretary general of the Pacific Islands Forum, Henry Puna, urged China at the meeting to work with the region on its priorities, which were climate change and COVID-19 recovery, and through its agreed mechanisms, according to a statement from the forum.

It is the region’s main grouping, with 18 members including nations that have diplomatic ties with Taiwan and not Beijing.

Two nations aligned to Taiwan, Palau and Tuvalu, have recently said they are concerned that Pacific islands would become pawns in superpower competition.

“We are all well aware of the increasing intensity of geopolitical manoeuvring in our region today. Indeed, the recent influx of high-level visits to our Blue Pacific demonstrates the increasing value that our partners, including China, must place on our collective ability to think, live, engage and deliver,” Puna told the meeting, according to the statement.

“Geopolitical point-scoring means less than little to anyone whose community is slipping beneath the rising seas, whose job is being lost to the pandemic, or whose family is impacted by the rapid rise in the price of commodities,” Bainimarama said.

The United States, Australia, Japan and New Zealand have expressed concerns about a security pact signed by the Solomon Islands with China last month, saying it had regional consequences and could lead to a Chinese military presence close to Australia and in a strategic position in the Pacific.

Wang will travel to the South Pacific kingdom of Tonga for a two-day visit on Tuesday.