Home Headlines Cineworld plunges as lack of blockbusters adds to debt woes
Our website publishes news, press releases, opinion and advertorials on various financial organizations, products and services which are commissioned from various Companies, Organizations, PR agencies, Bloggers etc. These commissioned articles are commercial in nature. This is not to be considered as financial advice and should be considered only for information purposes. It does not reflect the views or opinion of our website and is not to be considered an endorsement or a recommendation. We cannot guarantee the accuracy or applicability of any information provided with respect to your individual or personal circumstances. Please seek Professional advice from a qualified professional before making any financial decisions. We link to various third-party websites, affiliate sales networks, and to our advertising partners websites. When you view or click on certain links available on our articles, our partners may compensate us for displaying the content to you or make a purchase or fill a form. This will not incur any additional charges to you. To make things simpler for you to identity or distinguish advertised or sponsored articles or links, you may consider all articles or links hosted on our site as a commercial article placement. We will not be responsible for any loss you may suffer as a result of any omission or inaccuracy on the website.
Headlines

Cineworld plunges as lack of blockbusters adds to debt woes 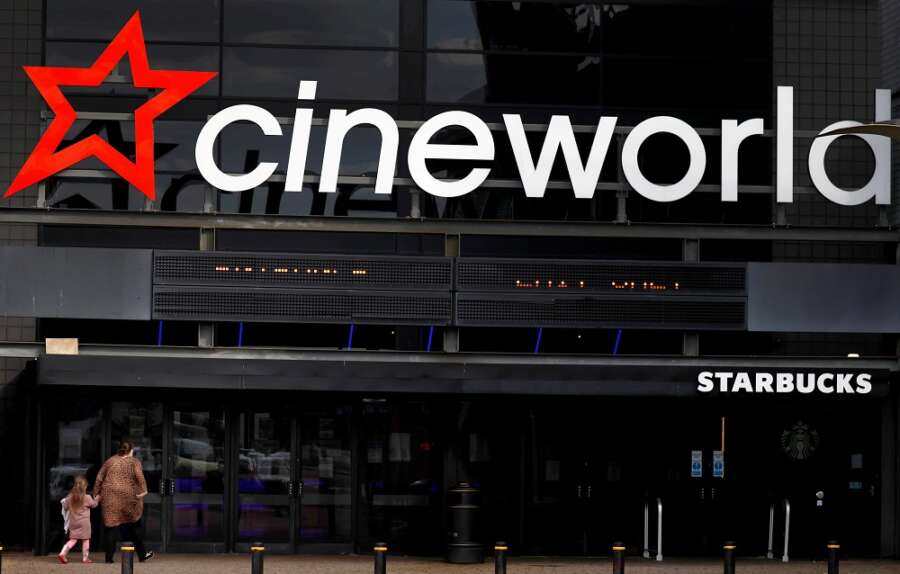 (Reuters) -Cineworld warned on Wednesday a lack of big-budget movies was hitting admissions and would likely persist until November, potentially complicating efforts to cut debt that it warned could significantly dilute shareholder interests.

Shares in the world’s second largest cinema chain slumped about 40% in early trading, as it faces payment obligations to former shareholders of its U.S. division Regal and a potential multimillion-dollar fine in a dispute with Canada’s Cineplex.

Cineworld’s net debt jumped last year and it was hoping to bounce back in 2022 from pandemic-driven losses with movie sequels such as James Cameron’s “Avatar 2” and Tom Cruise’s “Top Gun: Maverick”, as well as some Marvel movies in the summer.

But Hollywood has released fewer movies than in a typical summer, largely due to filming disruptions during the pandemic, and some genres, such as romantic comedies, are now more likely to head directly to streaming.

“Despite a gradual recovery of demand since re-opening in April 2021, recent admission levels have been below expectations,” the company said, without giving details.

Cineworld’s net debt stood at $8.9 billion at the end of 2021 compared to revenues of $1.8 billion. In March, it said it was looking for new sources of liquidity.

The company said on Wednesday it was still in talks with parties over potential funding or a restructuring of its balance sheet, but “any deleveraging transaction will likely result in very significant dilution of existing equity interests in Cineworld.”

The company, which operates in 10 countries including the United States and the United Kingdom, admitted about 95 million movie-goers in 2021, up 75% over 2020, but well below the 275 million seen before the pandemic.

Cineworld, which has more than 9,000 screens globally, said it expected operations to remain unaffected despite the near-term hit, and that it expected to meet its business counterparty obligations.