Home Headlines Commerzbank keeps outlook as lower Q3 profit still beats expectations
Our website publishes news, press releases, opinion and advertorials on various financial organizations, products and services which are commissioned from various Companies, Organizations, PR agencies, Bloggers etc. These commissioned articles are commercial in nature. This is not to be considered as financial advice and should be considered only for information purposes. It does not reflect the views or opinion of our website and is not to be considered an endorsement or a recommendation. We cannot guarantee the accuracy or applicability of any information provided with respect to your individual or personal circumstances. Please seek Professional advice from a qualified professional before making any financial decisions. We link to various third-party websites, affiliate sales networks, and to our advertising partners websites. When you view or click on certain links available on our articles, our partners may compensate us for displaying the content to you or make a purchase or fill a form. This will not incur any additional charges to you. To make things simpler for you to identity or distinguish advertised or sponsored articles or links, you may consider all articles or links hosted on our site as a commercial article placement. We will not be responsible for any loss you may suffer as a result of any omission or inaccuracy on the website.
Headlines 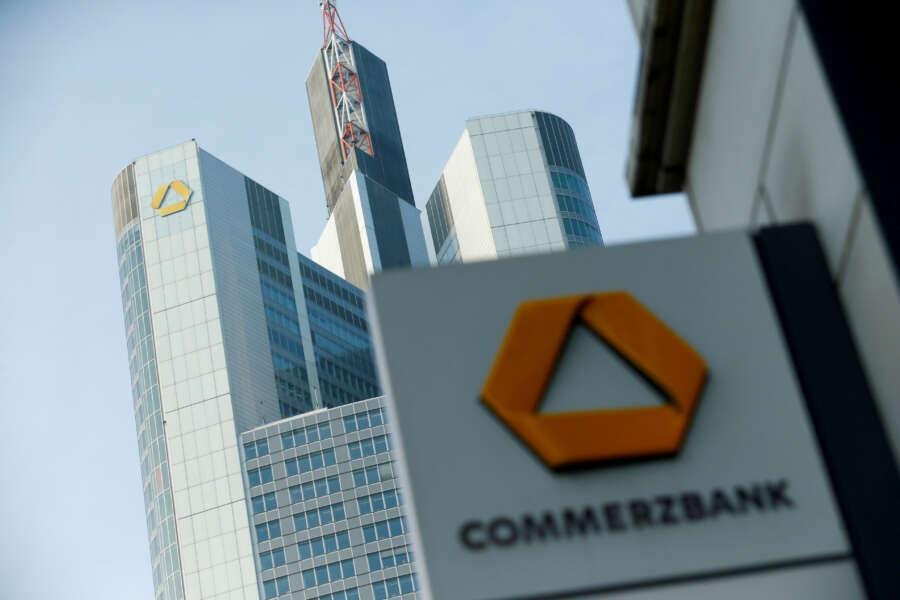 FRANKFURT (Reuters) -Germany’s Commerzbank said on Wednesday its net profit fell by 52% in the third quarter in a better-than-expected outcome helped by higher interest rates, though previously flagged problems at a Polish unit weighed.

The lender also maintained its profit outlook for the full year even as its home market faces soaring inflation and a slowing economy, though it spelled out a grim scenario if Germany resorts to rationing gas during its ongoing energy crisis.

The quarterly profit, while down from last year, is still a healthy sign for Germany’s No. 2 bank, which is engaged in a 2 billion euro ($2.01 billion) restructuring programme that has closed hundreds of branches and cut 10,000 jobs.

“We have made great progress in the execution of our strategy … and are well on track to achieving our targets,” said Chief Executive Manfred Knof.

Some of Europe’s largest banks have warned of growing risks as the economy fizzles after posting stronger-than-expected profits for the third quarter, and executives at Commerzbank have said they foresee a difficult fourth quarter.

The bank nevertheless kept its full-year outlook of a net profit of more than 1 billion euros, helped by an increase in net interest income, even though prospects for commission income are less rosy, because of turbulence in financial markets.

The biggest drag on the quarter came from neighbouring Poland and its mBank unit. In July, Commerzbank announced it would be affected by a Polish law allowing mortgage borrowers to skip monthly repayments up to eight times through the end of 2023.

In September, it flagged that it would take a hit after the unit booked additional provisions for its Swiss franc loans. The two issues amounted to a burden of about 750 million euros in the quarter.

Commerzbank, which focuses on the medium-sized firms known as Mittelstand that form the backbone of the economy, is a barometer of Germany’s health.

In a scenario presented to analysts, Commerzbank said it would potentially need to book an additional provision of up to 600 million euros if the country rations gas, as the bank’s corporate clients would faces shortages that affect production.

Any potential provision would be distributed among all its business segments and clients, it said.