Home Headlines COVID-hit Shanghai to end two-month lockdown on June 1
Our website publishes news, press releases, opinion and advertorials on various financial organizations, products and services which are commissioned from various Companies, Organizations, PR agencies, Bloggers etc. These commissioned articles are commercial in nature. This is not to be considered as financial advice and should be considered only for information purposes. It does not reflect the views or opinion of our website and is not to be considered an endorsement or a recommendation. We cannot guarantee the accuracy or applicability of any information provided with respect to your individual or personal circumstances. Please seek Professional advice from a qualified professional before making any financial decisions. We link to various third-party websites, affiliate sales networks, and to our advertising partners websites. When you view or click on certain links available on our articles, our partners may compensate us for displaying the content to you or make a purchase or fill a form. This will not incur any additional charges to you. To make things simpler for you to identity or distinguish advertised or sponsored articles or links, you may consider all articles or links hosted on our site as a commercial article placement. We will not be responsible for any loss you may suffer as a result of any omission or inaccuracy on the website.
Headlines 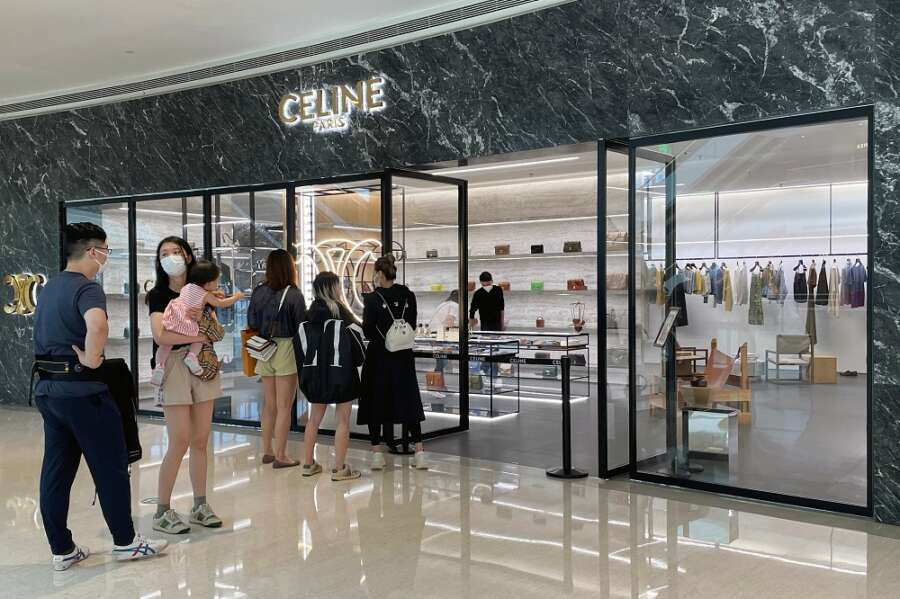 By Brenda Goh and Ryan Woo

SHANGHAI/BEIJING (Reuters) -Shanghai on Monday announced an end to its two-month long COVID-19 lockdown, allowing the vast majority of people in China’s largest city to leave their homes and drive their cars from Wednesday.

The news brought an outpouring of relief, joy and some wariness from exhausted residents.

“I’m so emotional that I’m going to cry,” said one Weibo user.

Most of the city’s 25 million residents have been confined to their homes for almost all of the lockdown which began on April 1, with curbs only slightly relaxing in recent weeks to allow some to go out for short periods of time.

Local authorities had earlier this month said they planned to fully restore normal life by next month but it had not been clear how they would carry that out amid an insistence on sticking to China’s zero-COVID policy.

Some residents greeted the news with disbelief, reflecting on how what was originally supposed to be a lockdown lasting five days that became a much longer than anticipated ordeal.

“Please don’t be lying to me,” one person said on social media. “I’m numb,” said another.

The easing of curbs applies only to those in low-risk areas, which are home to about 22.3 million people, according to government data. People will still be required to wear masks and are discouraged from gathering and encouraged to get vaccinated.

Authorities did not say whether activities such as restaurant dining would be permitted.

Following the announcement, Li Qiang, Shanghai’s Communist Party chief and an ally of President Xi Jinping, said city authorities and residents had “passed the test under extreme conditions and completed the arduous task”.

The city-wide lockdown has fueled public anger and rare protests, as well as pummelled supply chains and China’s economy.

Residents have heavily criticised the city government over its communication during much of the period. On Sunday, Shanghai announced it was removing restrictions on business reopenings, but gave no indication at that time on how it would lift other lockdown measures.

It was also unclear whether firms, shops and supermarkets must continue to adhere to a “closed loop” management system in order to reopen. Companies have called such requirements problematic as they must find ways for workers to sleep on site and carry out regular disinfection.

“Shanghai suffered a huge setback and lost its shine during the two months of stringent lockdown measures. Although the road to normality is long, these new measures indicate the prioritisation of Shanghai’s economic recovery” said Bettina Schoen-Behanzin, Vice President of the European Union Chamber of Commerce in China.

China’s “zero COVID” policy aimed at eradicating outbreaks is at odds with other countries that have opted to live with the virus, and the lack of an exit strategy has worried investors.

China’s new daily cases are in the hundreds compared with tens of thousands in many Western nations.

In Beijing, which is fighting its own smaller outbreak, streets were busier on Monday as more residents returned to work and public transport curbs were eased. But officials said the emergence of a new case outside of quarantined zones after three clear days showed the tall task of quelling COVID.

Beijing had reported no cases in the community for three straight days – the best run since its current outbreak began in late April – until a new case surfaced on Monday.

“There was a new flare-up today, indicating Beijing’s ‘dynamic-zero’ mission is arduous and we should constantly be on alert,” municipal government spokesperson Xu Hejian told a news conference.

The Beijing districts of Fangshan and Shunyi ended work-from-home rules on Monday, while that requirement has also largely been dropped in the city’s biggest district Chaoyang. Public transport has mostly resumed in all three areas.

Libraries, museums, theatres and gyms were allowed to reopen on Sunday, though with limits on numbers of people, in districts that have seen no community COVID cases for seven consecutive days. Still, restaurant dining is banned throughout the city.

Shanghai reported fewer than 100 new COVID cases for May 29, while Beijing recorded 12. Across the country, China reported 184 new cases, down from 293.

While there have been signs that economic activity is recovering somewhat from a dismal April, the strength and sustainability of any rebound depends largely on COVID developments.

China is hoping frequent mass COVID testing will allow them to detect future outbreaks at an early stage and aim to have testing facilities within 15-minutes’ walk of everyone in its big cities.

The government is on track to spend more than $52 billion this year on testing, new medical facilities, monitoring equipment and other anti-COVID measures, which will benefit as many as 3,000 companies, analysts say.

(Reporting by Brenda Goh, Winni Zhou and Casey Hall in Shanghai; Yifan Wang and Ryan Woo in Beijing; and the Beijing and Shanghai bureaus; Writing by Marius Zaharia and John Geddie; Editing by Michael Perry and Angus MacSwan)