Creating opportunities out of uncertainty 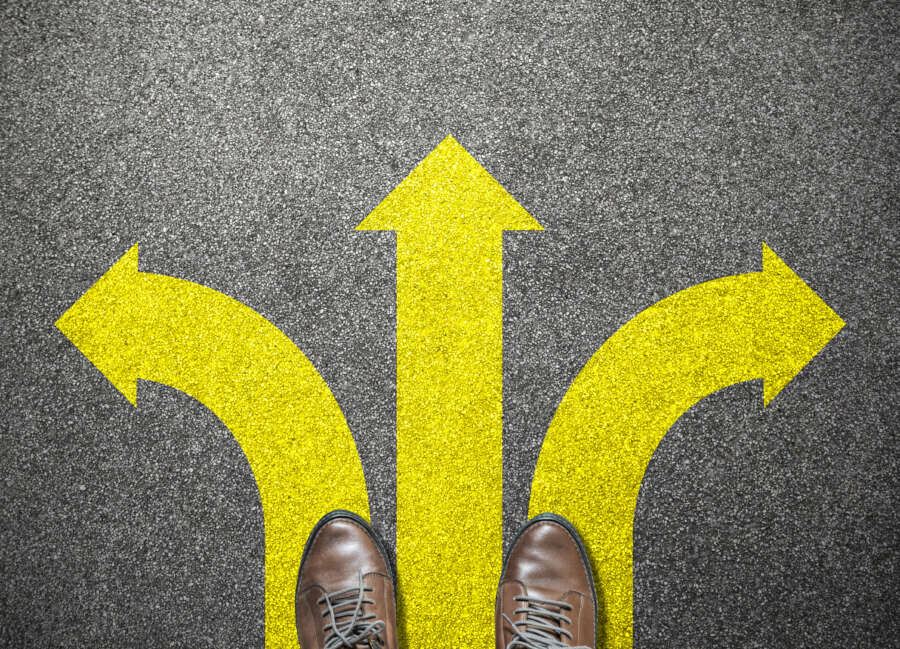 By Darryl Sparey is MD and Co-founder of Hard Numbers,

“We can complain because rose bushes have thorns, or rejoice because thorn bushes have roses”

Like most quotes on the internet, the above is attributed to Abraham Lincoln. Whether he ever said it or not is, probably, neither here nor there. The message is spot on, particularly for the times that we’re living in now.

It is undeniable that the pandemic which has swept through the globe has been a tragedy, and the effects of it have been far-reaching and will be long-standing. And in business, we’re now left with the task of figuring out how to reclaim a semblance of normality as the wheels of the economy inevitably continue to turn. The road ahead looks very daunting indeed – the full economic impact of the COVID-19 outbreak is still being measured. The hard numbers are that the UK economy is expected to have contracted by around 23% in Q2 of 2020 and is 13% below the government’s economic forecasts at the start of this year. Footfall at our shopping centres, the engine room of the “real economy”, were down over 80% in April as a result of the lockdown (source: Capital Economics).

However, history tells us that every economic crash lead to periods of massive disruption and dislocation, but also huge innovation as new products and services are created to meet the changes in demand generated by the altered world order.

WhatsApp, Uber, Slack, Square, Groupon and Cloudera are all large, successful businesses. Many of them are now household names, but they all started in the 2009 recession. And if we go further back in history, you’ll see a similar pattern. Some of last century’s success stories all began in a recession too:

What connects all of these examples is their utilisation of technology. In every instance they either used a new technology or innovation and built their company on this (Slack and General Electric, for example). Or they saw frustration and inefficiencies with how existing services work – hailing a taxi, shipping mail, paying for goods in-store – and applied existing technologies to do things in a better way.

Efficiency is a key feature here. Groupon, FedEx, Slack and WhatsApp, can all claim to have created technology which enables their customers to do things more efficiently than they would otherwise. In the case of Groupon, it’s both time saving (I no longer have to search through online or printed media for vouchers) and money saving (vouchers to save me money on things I’d otherwise be buying more expensively).

Another great example would be AirBnB, which was launched in August 2008, right around the time of the last major global recession. Whilst AirBnB undoubtedly has challenges currently, its business model for much of the last ten years was perfectly suited to the times in which it was launched. It saved consumers money, by connecting them with high quality, affordable accommodation in major cities internationally.

Companies, like consumers, are now more budget conscious than ever. They are looking to save money, or to have a greater level of certainty that if they invest money, it is going to lead to a demonstrable return on investment.

This is the context in which I have launched a new business, but as a marketing consultancy it is also a context in which marketing budgets under more scrutiny than ever. During the bull run of the last few years, when money was cheap and relatively easy to come by and more easily spent, there were lots of communications initiatives which felt ancillary, at best, to the two core activities in any business – making things, and selling things. In the boom-times, it might have seemed very important to expensively build a “story telling” platform for your company or conduct huge research exercises and endless white-board sessions to “find a purpose”. Now, all line items in all corporate marketing and communications budgets have become discretionary. Every single marketing pound spent will need to justify itself.

Do you see roses, or do you see thorns? Do you see opportunities, or do you see risk? It’s a point very prescient to anyone starting a business right now. There is, of course, a benefit to being an established business now – not least an existing cash flow! But the longer you trade as a business, the more inflexible you become. By starting with a blank sheet of paper, you can tailor your message and how you talk about ourselves and services to the audience and the economy you’re now addressing; one that has been irrevocably changed in recent weeks.

So, do I see thorn bushes, or do I see roses? As I said at the start of this article, the effects of this pandemic are as tragic as they are vast. But as we find a way forward, companies must continue to drive the economy. And that momentum, combined with the new focus that businesses have creates opportunities for the right companies, with the right value proposition. Only time will tell if we’re all successful or not. But what I do know is that success comes from the consistent and disciplined application of effort. So I’ll be in the garden, every day, trying to grow.

Nuapay and Felloh! team up to slash the cost of processing charitable donations by 50%