Home Technology Cybersecurity Trends for 2022
Our website publishes news, press releases, opinion and advertorials on various financial organizations, products and services which are commissioned from various Companies, Organizations, PR agencies, Bloggers etc. These commissioned articles are commercial in nature. This is not to be considered as financial advice and should be considered only for information purposes. It does not reflect the views or opinion of our website and is not to be considered an endorsement or a recommendation. We cannot guarantee the accuracy or applicability of any information provided with respect to your individual or personal circumstances. Please seek Professional advice from a qualified professional before making any financial decisions. We link to various third-party websites, affiliate sales networks, and to our advertising partners websites. When you view or click on certain links available on our articles, our partners may compensate us for displaying the content to you or make a purchase or fill a form. This will not incur any additional charges to you. To make things simpler for you to identity or distinguish advertised or sponsored articles or links, you may consider all articles or links hosted on our site as a commercial article placement. We will not be responsible for any loss you may suffer as a result of any omission or inaccuracy on the website.
Technology

With cybersecurity at an all-time high, there are certain trends to watch out for in the cyberattack sector that companies can start to be aware of. 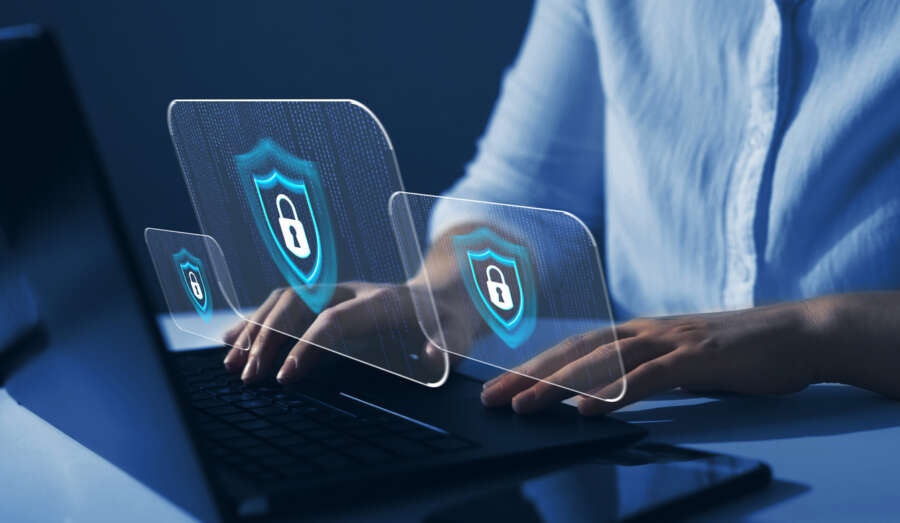 The rise of ransomware

Ransomware is not a new phenomenon however its prevalence seems to be growing. Already in 2022, there has been at least one international ransomware cyberattack carried out as an act of espionage. This is something that is only expected to grow throughout the year as governments learn to leverage ransomware in blackmail negotiations.

Additionally, it is expected that paying ransom will not necessarily stop data publication. That is to say that even after paying the demanded ransom, it is expected that some or all of the data might still be published and that, unlike before, the ransom no longer acts as a guarantee.

Experts recommend that the entry point for these attacks will most likely be email or messaging systems which will ultimately compromise a company’s communication system. Cybercriminals will gain access to the network and then continue to do damage from inside the network without being noticed.

Experts recommend a huge surge in mobile app fraud in 2022 suggesting that defrauding an app is one of the easiest actions for cybercriminals. Because of the low barriers to enter an app, they are one of the simplest entry points for hackers, giving them access to personal information and online bank accounts at a record speed.

Due to apps being widely available and frequently used, experts expect to see many more of these types of fraud attacks over the year. People should be vigilant when using apps making sure to have a strong, unique password and use their apps with caution.

As AI technology advances, this means that AI and machine learning systems are also being used more and more often to conduct attacks. AI, such as speech recognition, online shopping, and autonomous vehicles, can help companies harness their technology; however, the downside of this is that it also makes them vulnerable to attacks.

There are many ways that AI is predicted to be involved in cyberattacks during 2022 be it account takeovers (for example, using bots to mimic user login behaviour) or subverting physical assets (such as automated vehicles and drones).

During the events of the last two years and the multiple lockdowns, there was an exponential increase in cross-border e-commerce transactions. Subsequently, this led to impossibly high levels of fraud. It was reported that over 60% of UK and US businesses had issues with cross-border fraud.

As travel starts to reopen, fraudsters and hackers are taking advantage of this offering fake travel packages, websites and accounts. Additionally, it is expected that hackers may break into dormant travel accounts to drain any remaining value. Travel companies, especially, will need to secure their platforms.

KYC (Know Your Customer) is a way of validating a customer’s identity to protect them against fraud and reduce identity theft and is a key part of compliance. There are several steps involved which can help to establish customer identity in a more complex way to avoid hackers or bots mimicking login information.

To protect against more complex hacks, KYC technology is also becoming more advanced using additional features, such as behavioural biometric, account activity, and other factors, to further protect customers. Businesses have more details about their customers in order to better understand their intentions and motivations and keep up with cybercriminals. This makes them better equipped to spot attempted fraud.

This is a Sponsored Feature

Blending the physical with the virtual: the evolution...