Home News Data, vegetation management, and the big picture: seeing the wood for the trees
News

Data, vegetation management, and the big picture: seeing the wood for the trees 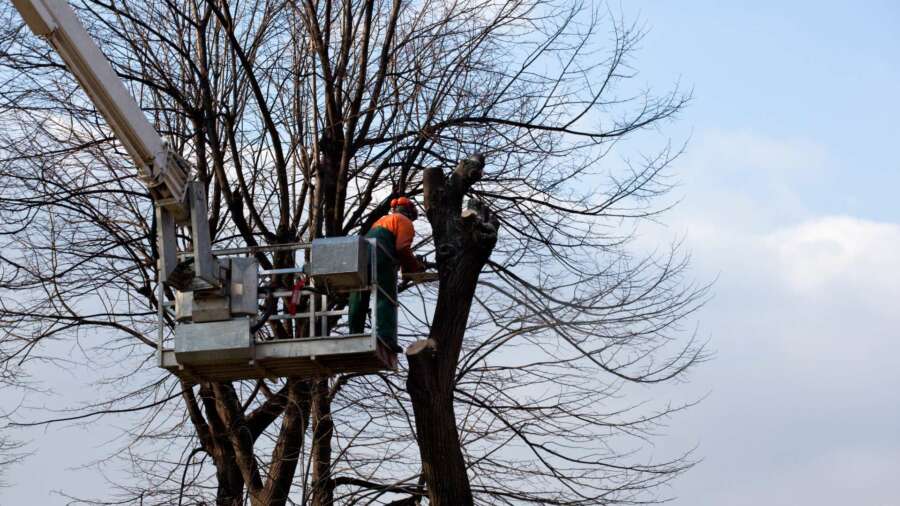 Vegetation management is a serious matter for utilities operating power transmission and distribution networks. Not only can branches overhanging power lines damage (expensive) assets, it’s a fire-safety risk, too. Recent wildfires in places such as North America and Australia only serve to underline the sober gravity of this threat. For one North American utility though, an initial investment in smarter, data-led vegetation management practices spiraled into something far bigger, inspiring root and branch change throughout the organization – all while keeping vegetation management under control.

The importance and difficulty of vegetation management

Transmission and distribution lines often run through high-vegetation areas such as forests or fields. If any of that vegetation is allowed to grow coming into contact with the lines – or is blown into them by storms or high winds – the assets are at high risk of damage. Power lines are expensive to replace, and if poles are brought down, then even a relatively simple replacement job could cost $15-20,000 per pole. Damaged lines also interrupt supply, harming the utility’s reputation and potentially incurring compensation costs to be paid to end-consumers.

In extreme scenarios, these events can have even graver implications, causing dangerous wildfires, using the surrounding vegetation as fuel.

The most straightforward approach would be simply to slash back vegetation so that lines could travel in wide corridors, clear of life. Clear blue sky is a peaceful sight for utility inspectors standing at the base of a power line pole or tower. However, in reality this approach is rarely feasible. Too many stakeholders, including end-consumers, landowners and regulators, simply don’t want to see such harsh tactics applied to vegetation. People like seeing trees much more than they like seeing power lines.

As such, vegetation is often allowed to grow near, or even over, power lines in order to hide them. The utility must then keep a close eye on any encroachment, typically using a combination of manual ground-crew and aerial inspections by helicopter.

For small utilities operating one or two thousand miles of lines, that task may be relatively manageable. However, when lines are spread over large geographic areas, it becomes much more difficult to thoroughly manage the entire network.

A new way of doing things

Stuck with a challenge that grew trickier yet more vital to overcome every year, the Utility was looking for new approaches to vegetation management. Through a chain of personal connections, it came to engage with Sharper Shape. As a Finnish technology company that inverted to become a US company, Sharper Shape’s solution was differentiated in two main ways, which can be thought of in terms of hardware and software.

From a hardware perspective, Sharper Shape offered a consolidated helicopter payload for vegetation inspection which combined a range of sensor systems into one:

LiDAR: Light distancing and ranging (LiDAR) technology uses a point cloud to construct a 3D map of all objects in view. To a human observer, a LiDAR image will show the outlines of power lines, poles, trees, cars – whatever there is to see. Combined with analytics, this data can be used to create a ‘digital twin’ of power lines and their surroundings, establishing the proximity of any other objects, such as vegetation.

Hyperspectral imagery: A pair of hyperspectral cameras capture hundreds of images at a time across a given spectrum of light, each image focusing on different wavelengths of light. These images are then stacked into a ‘cube’, giving a 3D representation of which parts of the visible image reflect which wavelengths. In the context of vegetation management, this allows users to differentiate between different types of trees, as different species use different wavelengths of light for photosynthesis. This data can then be analyzed to highlight fast-growing species as particular priorities for pruning.

High definition photography: Supplementing the LiDAR and hyperspectral cameras are three high-end high definition Phase One cameras positioned at the front, rear and bottom of the helicopter to collect oblique and nadir images. Users can examine and zoom in on areas of concern.

While none of these technologies are groundbreaking in themselves, most solutions on the market cannot effectively combine them into a single payload. As such, the utilities would either have to fly repeat flights over the lines to capture the different data sources (a very expensive option), or more likely, make do with on-the-ground inspection supplemented by helicopter flights for the highest risk areas.

By collecting all the data in one flight, utilities are able to get more data at a lower cost. Crucially, this data is pulled into the Sharper CORE(same core software system )which includes rich ML/AI analytics for species identification and areas of concern. Combined with accurate geolocation and timestamping, this amounts to an incredibly rich and detailed picture of the network.

The Utility started by engaging Sharper Shape on a limited basis in 2018.  Having grouped its network into tier one, two and three zones (from lowest wildfire risk to highest), it asked Sharper Shape to conduct a sample of some of its tier two and three regions.

The 2018 trial was a huge success, with the Utility enthused by the quality and completeness of the data collected, as well as the analytic insights offered by the platform. The Utility engaged Sharper Shape to completely map its tier two and three zones the following year and has since begun to expand the approach even to lower-risk tier one zones.

By gathering such a rich spectrum of data with a single flight, the Utility has been able to demonstrably reduce wildfire risk through smarter vegetation management while working faster and reducing the number of times teams needed to be dispatched to inspect assets in-person.

However, vegetation management turned out to be just the start. The project, which initially focused on only this specific function, soon caught the attention of other departments in the organization with their own requirements for better data and analytics.

For example, one major headache for the Utility was joint-use attachments. These are requests submitted by third parties – typically telecom companies – to piggyback off power infrastructure or their own lines. Often, this requires upgrade and make-ready work which can quickly stretch to hundreds of thousands of dollars, if not more. The Utility can ask for this cost to be met by the third-party, but is only given a 30 day window by the regulator to compile its estimate and make its response. If the Utility doesn’t respond in time, the third-party automatically gains the right to attach.

This is an extremely short window to do thorough asset inspections using traditional methods, however, with the data collected by the Sharper Shape solution, the Utility now has a detailed digital twin of its network to make quick, informed decisions.

What began in 2018 as a trial of a new technology to better handle vegetation management, had by 2020 become a source of enterprise data and company-wide value. Vegetation management costs have been trimmed and wildfire risk reduced, but other groups throughout the Utility are finding varied and novel ways to leverage the data all the time. At an enterprise level, the Utility can finally see the forest for the trees.