Our website publishes news, press releases, opinion and advertorials on various financial organizations, products and services which are commissioned from various Companies, Organizations, PR agencies, Bloggers etc. These commissioned articles are commercial in nature. This is not to be considered as financial advice and should be considered only for information purposes. It does not reflect the views or opinion of our website and is not to be considered an endorsement or a recommendation. We cannot guarantee the accuracy or applicability of any information provided with respect to your individual or personal circumstances. Please seek Professional advice from a qualified professional before making any financial decisions. We link to various third-party websites, affiliate sales networks, and to our advertising partners websites. When you view or click on certain links available on our articles, our partners may compensate us for displaying the content to you or make a purchase or fill a form. This will not incur any additional charges to you. To make things simpler for you to identity or distinguish advertised or sponsored articles or links, you may consider all articles or links hosted on our site as a commercial article placement. We will not be responsible for any loss you may suffer as a result of any omission or inaccuracy on the website.
Home Headlines Dollar slides on contraction in private sector activity 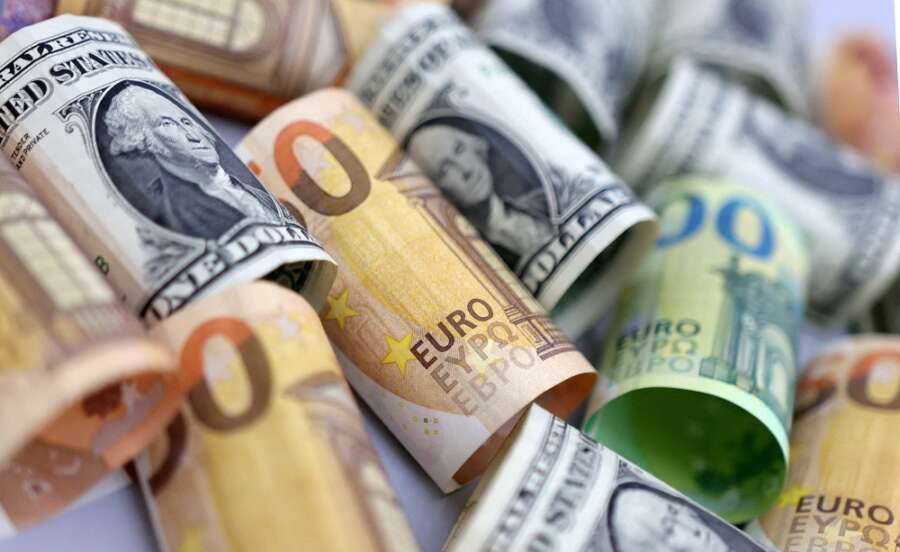 LONDON (Reuters) – The dollar pulled back from a fresh two-decade high against the euro on Tuesday after a report showed U.S. private sector activity contracted for a second-straight month in August, raising prospects the Federal Reserve will ease its rate hiking cycle.

The S&P Global flash composite purchasing managers index (PMI) for August dropped to 45 this month, the lowest since February 2021, as demand for services and manufacturing weakened in the face of inflation and tighter financial conditions. A reading below 50 indicates a contraction in activity.

The drop in demand was exactly what the Fed has been trying to achieve with its stiffest run of interest rate increases since the 1980s. The Fed has hiked rates from near zero in March to their current range of 2.25% to 2.50%, with more expected in the months ahead, as it tries to tame inflation, which is running near a 40-year high.

“The manufacturing and services PMI came in well below expectations which is raising concerns about how strong this economy is and supporting the narrative that Fed Chair Powell might be more inclined to deliver that pivot and slow the pace of tightening,” said Ed Moya, senior market analyst at Oanda.

The euro was up 0.35% against the greenback at $0.9977, after having hit a fresh two-decade low of $0.99005 earlier in the session on renewed concerns that an energy shock will keep inflation elevated, making a recession in Europe all but certain.

Data showed that business activity in Europe contracted less than forecast in August, though the outlook was still bleak.

“The renewed concerns about Europe following the spike in gas prices is the main reason why the euro is down,” said Holger Schmieding, chief economist at Berenberg.

British and Dutch wholesale gas prices rose sharply on Monday as the prospect of maintenance on the main Russian pipeline to Europe put markets on edge.

Russia will halt natural gas supplies to Europe via the Nord Stream 1 pipeline for three days at the end of the month, the latest reminder of the precarious state of the continent’s energy supply.

Heat waves on the continent have already put a strain on energy supply and worries are growing that any disruption during the winter months could be devastating for business activity.

That’s all hurt the euro, which is down more than 12% so far this year, and has shed almost 3% in August.

China’s yuan meanwhile weakened to a two-year low and sterling briefly touched its weakest since March 2020.

Sterling recovered some ground after the PMI data and was up 0.56% against the greenback, after having touched $1.1718 earlier in the day.

China’s yuan fell to an almost two-year low of 6.8499 per dollar as Beijing’s steps to easy policies to revive faltering growth and the Federal Reserve’s relentless tightening streak kept pressure on the Chinese currency.

World at rising risk of recession as inflation hits consumers