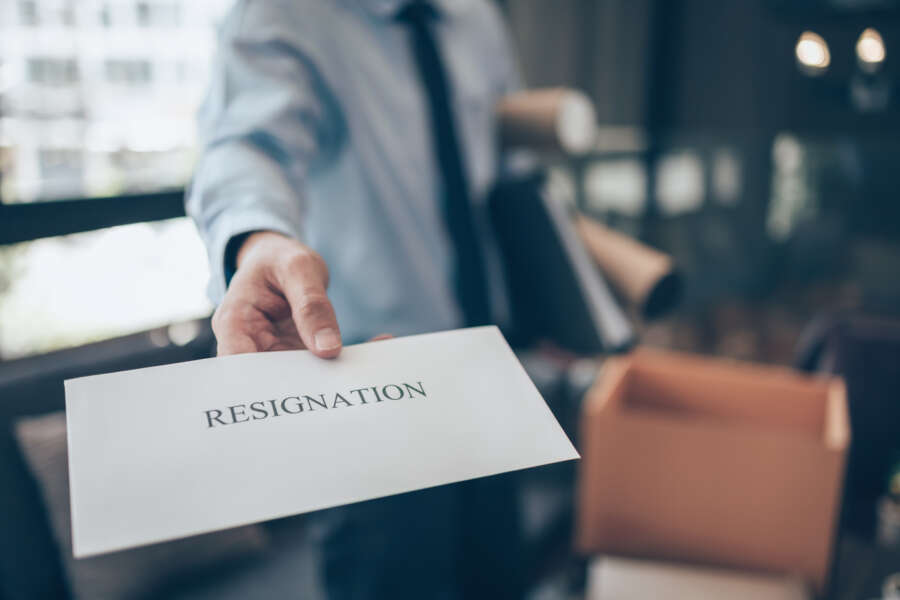 The pandemic has impacted people and businesses worldwide, with millions of employees deciding to leave companies and pursue their passions by starting their own business ventures, creating a huge surge in start-ups and realisations around individual purpose. With so many people re-evaluating their lives and their futures, Roger Hamilton believes, with the right tools, this is a huge global opportunity to change our thinking and embrace the new way of doing business.

There is much talk at the moment of people leaving their 9-5 jobs and striking out on their own as entrepreneurs, the media has dubbed this; The Great Resignation, butfor forward-thinkers and those that are embracing the future, this is the birth of The Great Reignition. Instead of focusing on what people are choosing to leave behind, there must be a re-focus on where these people are going and why.

In the US alone, an estimated 20.2 million people were recorded as quitting their jobs, we view this as a positive impact on growth in record numbers.

Company leaders must ask themselves at this crucial time, am I inspiring people to stay? Or am I giving people reasons to resign and look elsewhere?

There has been much speculation during the pandemic that world economies were shutting down and we were heading for a big crash, what nobody expected was the record numbers of new millionaires that emerged. We hope to see this new wealth being better distributed as opposed to an increase in the gap between those that have and those that don’t.Essentially, people will have a range of tools to better distribute this wealth,such as crypto and the metaverse.

Over the next ten years we will experience a huge shift to a digital transformation that will impact the way our societies, economies, and governments operate. There will be those who understand and embrace this, and they will surf the biggest wave in history and there will be those who don’t, who will be left far behind. This complete shift will be far bigger than the industrial and technological revolution.

In order for us to fully understand what this means for the future and ride that wave; we must first change the way we think and operate together.

The Japanese came up with a core concept in 2016 called, The 5th Science and Technology Basic Plan which is focused on a human-centred society. This focuses on whenever there is a huge change in technological advancement, there is also a huge change in human behaviour.

As a society, we arecurrentlyin the information society 4.0 which is coming to an end and leading us into society 5.0, the imaginationsociety. If we take this concept and apply it to the mass exodus of people leaving their jobs and starting their own ventures, fundamental differences appear between entrepreneurs in the information 4.0 society and future entrepreneurs that exist within the digital transformation framework that we can see growing dailyat an exponential rate.

Previously, entrepreneurs had to make tough decisions about where they should focus their energies, either on insight, impact or income, whereas entrepreneurs existing within society 5.0 , can focus on all of these areas at once and use AI, AR and the digital layer to be both online and offline at the same time. It is also worth mentioning that these renaissance men and women do not search for jobs, they create one.

Today there are many leverage mechanisms that exist, allowing entrepreneurs to deliver the impact they want to affect change, and also make the income they want.

This all links to one concept that has been a driving force for many entrepreneurs, the concept was written in the 70’s by Visionary and Futurist, R. Buckminster Fuller and is called ‘The Final Exam’.  Fuller believed we have enough technology and resources to be able to solve the world’s big problems and the main issue holding back progression was simply distribution. For example, take poverty – poverty doesn’t exist because there is not enough money, the world has more than enough money, it’s just that is not distributed effectively. This concept identifies human consciousness as the main problem in delaying progression, as opposed to resources or lack of technology.

In order to meet the vast advancement in technology, we must first raise our collective consciousness to tackle these challenges. That is why, instead of continuing to build buildings, I started building global communities which were all about human consciousness rather than the technology. This is the fundamental basis of what the Great Reignition is all about, lifting human consciousness.

The first step to realising what our purpose is, is to realise what our passions are. If we work at something we have passion for, the energy we apply will then lead to insights around what our impact and purpose can be in a much wider context.

As many peoplearound the world have started realising they are unhappy in their jobs and what they are doing for that income, they have a desire for more, to achieve a greater balance between their income, passion and purpose. This is the great shift in human consciousness that we are witnessing.

It is clear that once we determine what those passions are, what tends to happen, is we attract the income because we are giving energy to doing what we love.

To all those seeking that greater balance in their lives, thatdesire to elevate themselves and contribute to this movement of lifting our collective human consciousness and affecting change in the world, start by surrounding yourself with like-minded people, find a network to connect with and begin reigniting your true passion, desire, and purpose.

If we all embracedthis challenge, we could work collectively to make the world a fairer, better place.

Roger James Hamilton is a New York Times bestselling author and Founder and CEO of Genius Group, a multi-million-dollar group of companies including GeniusU, Entrepreneurs Institute, Entrepreneur Resorts and Genius School. GeniusU is an edtech company and platform providing over 2 million students with personalised learning paths and is currently seeing over 1300 new students join each day to take the entrepreneur quiz and identify their path to wealth. Genius School provides education courses for young people from 0 to 25 years old. Entrepreneurs Institute provides training courses from 25 to 100 years old, and Entrepreneur Resorts is a market leading group of entrepreneur focused luxury resorts and lodges, beach clubs and city co-working hubs, offering business leaders professional educational retreats in exotic destinations around the world, including Singapore, Bali and South Africa. Entrepreneur Resorts will be expanding to 10 further locations this year. Roger is the creator of Wealth Dynamics, Talent Dynamics and Impact Dynamics, used by over 2 million entrepreneurs to follow their flow.

Efficio announces the appointment of Chief Product and...

Small Business Revenues are Up – But New...

May 3, 2022
Editorial & Advertiser disclosureEditorial & Advertiser disclosureOur website provides you with information, news, press releases, Opinion and advertorials on various financial products and services. This is not to be considered as financial advice and should be considered only for information purposes. We cannot guarantee the accuracy or applicability of any information provided with respect to your individual or personal circumstances. Please seek Professional advice from a qualified professional before making any financial decisions. We link to various third party websites, affiliate sales networks, and may link to our advertising partners websites. Though we are tied up with various advertising and affiliate networks, this does not affect our analysis or opinion. When you view or click on certain links available on our articles, our partners may compensate us for displaying the content to you, or make a purchase or fill a form. This will not incur any additional charges to you. To make things simpler for you to identity or distinguish sponsored articles or links, you may consider all articles or links hosted on our site as a partner endorsed link.