Home Headlines Earth Tech company Sensand to power landowners to participate in trillion-dollar carbon credit market
Our website publishes news, press releases, opinion and advertorials on various financial organizations, products and services which are commissioned from various Companies, Organizations, PR agencies, Bloggers etc. These commissioned articles are commercial in nature. This is not to be considered as financial advice and should be considered only for information purposes. It does not reflect the views or opinion of our website and is not to be considered an endorsement or a recommendation. We cannot guarantee the accuracy or applicability of any information provided with respect to your individual or personal circumstances. Please seek Professional advice from a qualified professional before making any financial decisions. We link to various third-party websites, affiliate sales networks, and to our advertising partners websites. When you view or click on certain links available on our articles, our partners may compensate us for displaying the content to you or make a purchase or fill a form. This will not incur any additional charges to you. To make things simpler for you to identity or distinguish advertised or sponsored articles or links, you may consider all articles or links hosted on our site as a commercial article placement. We will not be responsible for any loss you may suffer as a result of any omission or inaccuracy on the website.
Headlines 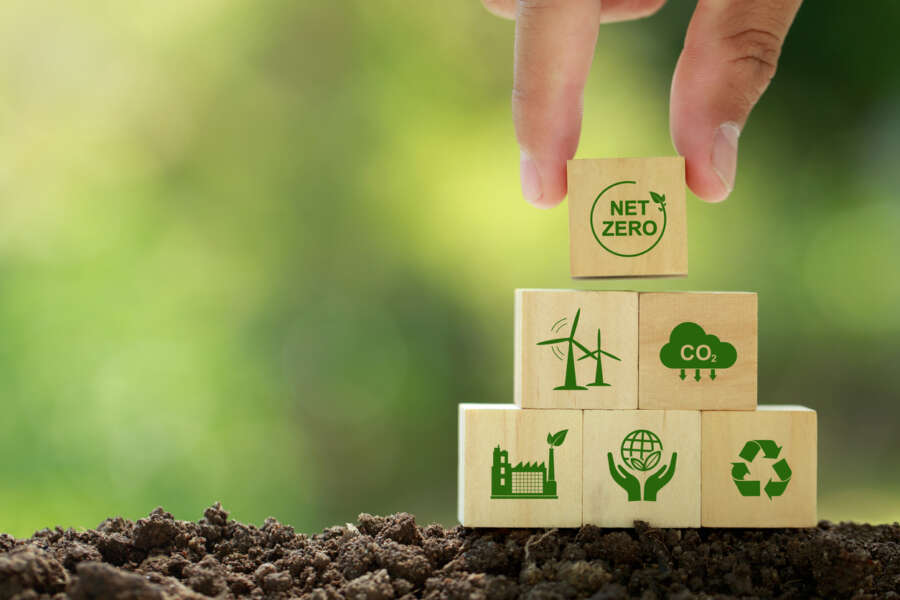 Melbourne-based Earth Tech company Sensand is on target to launch the world’s first environmental digital assets exchange in February next year, giving farmers and land use managers “one all-encompassing green button” to enter and trade on the increasingly competitive global carbon market.

Sensand will use state-of-the-art blockchain and web3 technologies to help landowners verify and manage their carbon credits and tokens, while facilitating the provision of streamlined data to regulators, fund managers, and conservation organisations supporting carbon projects and trades.

Sensand co-founders Davi La Ferla and Peter Moulton say they are heartened by the recent election of an Australian Government that has committed to reducing greenhouse gas emissions by 43% below 2005 levels by 2030, together with the willingness of financial institutions such as ANZ to support the trade of digital carbon tokens.

“To date, tech for the agricultural sector has been really fragmented, because relationships between tech companies and land use managers have been limited,” says La Ferla. “By linking farmers with tech companies, we are helping them tackle the challenges climate change is presenting to agriculture and the existential threats facing humanity and life on Earth.

“Agriculture has never had this kind of connectivity – we are giving farmers a single, all-encompassing ‘green button’ to access everything they need to farm in the context of climate change and participate in global carbon markets.”

Sensandwill provide infrastructure that enables existing and emerging technology providers to integrate into a complete environment. Their platform provides landowners with a databank and tools to map out their long-term carbon-capture plans, measure levels of sequestration, and validate their carbon credits – together with ‘tags’ that demonstrate additional biodiversity achievements, support for Indigenous communities, and other measurable co-benefits.

Sensand plans a beta launch in October 2022, with a formal rollout commencing in February 2023. The company has plans to issue its own tokens after commercial release.

Sensand has partnered with the award-winning digital asset and crypto technology platform, Fireblocks, to manage the wallet custody, auditing, compliance and security of its digital assets.

According to Peter Moulton, the company’s integration with Fireblocks has shaved several months off the development of its platform. “Normally we would need to onboard four or five vendors, but withFireblockswe were able to launch ahead of schedule and with secure technology to allow us to scale,” he says. “They are the gorilla of this industry.”

“Sensand will be able to transfer tokenised assets quickly and efficiently across the Fireblocks Network with enterprise-grade security and adhering to regulatory requirements,” says Verner. “We look forward to the launch of their new products and to seeing them conquer the market.”

At present, the pricing of carbon remains inconsistent and manually intensive. Credits are generated by projects that take greenhouse gases (GHGs) out of the atmosphere or prevent emissions being released. Each time a project verifies they have reduced, avoided or removed one metric tonne of CO2e (carbon dioxide equivalent) GHG, one carbon credit is created.

However, landowners usually need to undertake years of planning and have extensive consultation and auditing done before they see a single credit. Sensand aims to make this process more efficient through a system that enables landowners and their chosen representatives to become fully informed carbon market participants. Critically, their carbon credits will be supported by consistent and verifiable data.

As an example, a 1,000-hectare regenerative farm that’s sequestering three tonnes of carbon per hectare annually is going to be producing 3,000 carbon credits. At US$15 a tonne that is US$45,000 that should be part of what the landholder considers.

Carbon credits are designed to be bought and sold each year in order to incentivise a change in behaviour. It is a large market, attracting significant investments to support the reduction of emissions. The value of global compliance carbon credits traded in 2021 was US$851 billion, up 164% on the preceding year.

“Our technology will put new investment into the market and help to redefine the priorities of landowners and renewable energy operators,” says La Ferla.

“There are several reports that confirm the global carbon market is expected to be worth US$3 trillion annually by 2030. We see this as an opportunity to close the gap in financing high-quality nature-based solutions.”

“Sensand is doing for carbon markets what Salesforce has done for cloud-based CRM,” adds Moulton. “This should appeal to all companies invested in carbon markets, including mining companies, energy companies, industrial manufacturers and airlines.

“Currently carbon is a voluntary market in Australia, but participation is changing as the Safeguard Mechanism is strengthening, and Climate Active certifications drive models of net-zero reporting. We believe that our technology will bring more people to the market and help price high-value Australian Carbon Credit Units. We’re empowering the whole market to help achieve net-zero emissions by 2050 and keep warming under 2°C.”

Sensand is an Earth Tech company based in Melbourne. The company has a team of 30 highly seasoned engineers, software developers, and business strategists united by their desire to make the planet a better place.

The company was co-founded by technologist Peter Moulton, who is CEO, and scientist and business executive Davi La Ferla, who is Executive Chairman.

Peter is fascinated by how technology can be used to improve the lives of people. A former IT start-up founder, he is driven by the potential of blockchain technology and its ability to improve existing market solutions. This passion has driven him to carefully steer the design of the Blockbase and Mintly platforms and the Sensand Token in the context of emerging carbon markets.

Davi gets excited by complex projects and has a renowned knack for taking on daunting challenges and turning them into successful enterprises. Over 25 years, he has worked across industry, academia and government, leading global teams on billion-dollar capital deals. He has a particular passion for agriculture, sustainability and climate solutions, and is an Enterprise Fellow at The University of Melbourne.

Fireblocks is an enterprise-grade platform delivering a secure infrastructure for moving, storing, and issuing digital assets. Fireblocks enables exchanges, lending desks, custodians, banks, trading desks, and hedge funds to securely scale digital asset operations through the Fireblocks Network and MPC-based Wallet Infrastructure. Fireblocks serves over 1,500 financial institutions, has secured the transfer of over $3 trillion in digital assets, and has a unique insurance policy that covers assets in storage and transit. Some of the biggest trading desks have switched to Fireblocks because it’s the only solution that appeals to both CISOs and Ops Teams. For more information, please visit www.fireblocks.com.

Crimea bridge blast: why is bridge important and what happened to it