Our website publishes news, press releases, opinion and advertorials on various financial organizations, products and services which are commissioned from various Companies, Organizations, PR agencies, Bloggers etc. These commissioned articles are commercial in nature. This is not to be considered as financial advice and should be considered only for information purposes. It does not reflect the views or opinion of our website and is not to be considered an endorsement or a recommendation. We cannot guarantee the accuracy or applicability of any information provided with respect to your individual or personal circumstances. Please seek Professional advice from a qualified professional before making any financial decisions. We link to various third-party websites, affiliate sales networks, and to our advertising partners websites. When you view or click on certain links available on our articles, our partners may compensate us for displaying the content to you or make a purchase or fill a form. This will not incur any additional charges to you. To make things simpler for you to identity or distinguish advertised or sponsored articles or links, you may consider all articles or links hosted on our site as a commercial article placement. We will not be responsible for any loss you may suffer as a result of any omission or inaccuracy on the website.
Home Finance Euro zone economy sentiment rises in Dec, first time since start of Ukraine war 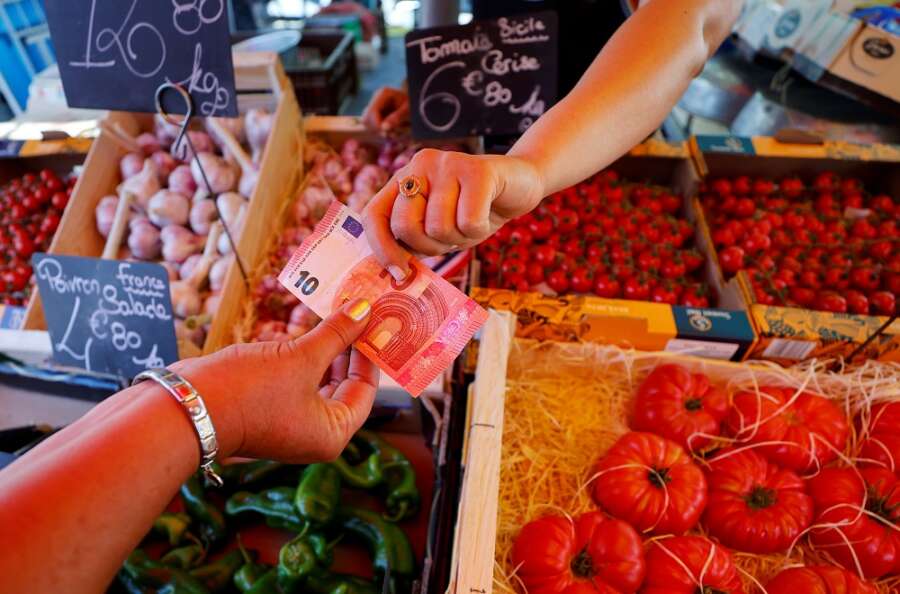 BRUSSELS (Reuters) – Euro zone economic sentiment improved in December for the first time since the start of the war in Ukraine, European Commission data showed on Friday, with more optimism across all sectors of the economy and a sharp drop in inflation expectations.

The Commission’s monthly economic sentiment index rose to 95.8 in December from 94.0 in November, the first upward movement after a slide from a record high of 114.0 scaled in February, the month Russia invaded Ukraine.

The mood in industry improved to -1.5 from -1.9 and the sentiment in the services sector, the euro zone’s biggest contributor to growth, more than doubled to 6.3 from 3.1.

Eurostat said the volume of retail sales in the 19 countries sharing the euro last November rose 0.8% month-on-month, rebounding from a 1.5% slump the previous month, for a 2.8% year-on-year decline. Economists polled by Reuters had expected a 0.5% monthly rise and a 3.3% year-on-year fall.

The volume of sales of automotive fuel in specialised stores rose 1.0% month-on-month in November, and 4.4% year-on-year helping to limit the downward pull on the index from falling sales of other products.

Retail sales are a proxy for consumer demand which has suffered from high energy prices that triggered a record surge in consumer inflation.