Home Technology EV evolution: The trouble with electric vehicles
Our website publishes news, press releases, opinion and advertorials on various financial organizations, products and services which are commissioned from various Companies, Organizations, PR agencies, Bloggers etc. These commissioned articles are commercial in nature. This is not to be considered as financial advice and should be considered only for information purposes. It does not reflect the views or opinion of our website and is not to be considered an endorsement or a recommendation. We cannot guarantee the accuracy or applicability of any information provided with respect to your individual or personal circumstances. Please seek Professional advice from a qualified professional before making any financial decisions. We link to various third-party websites, affiliate sales networks, and to our advertising partners websites. When you view or click on certain links available on our articles, our partners may compensate us for displaying the content to you or make a purchase or fill a form. This will not incur any additional charges to you. To make things simpler for you to identity or distinguish advertised or sponsored articles or links, you may consider all articles or links hosted on our site as a commercial article placement. We will not be responsible for any loss you may suffer as a result of any omission or inaccuracy on the website.
Technology 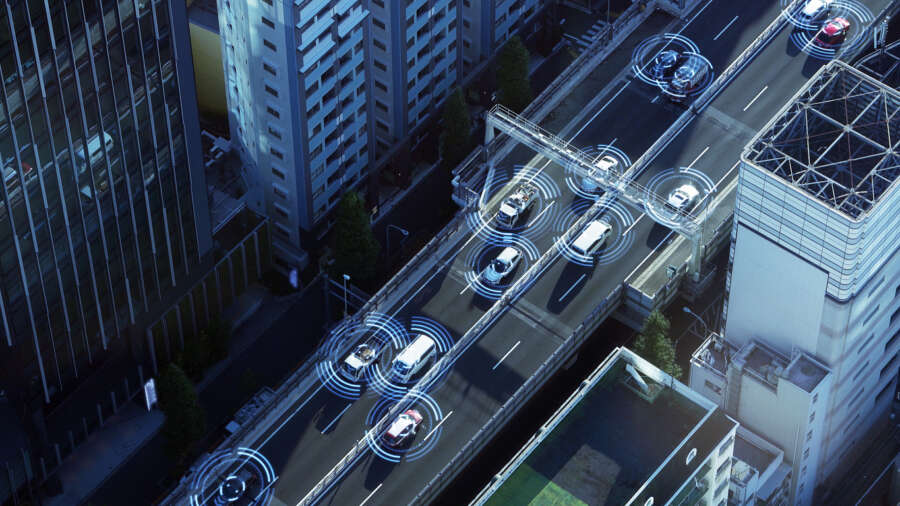 Electric vehicles aren’t actually as new as you might think. In fact, chemist William Morrison of Iowa first showcased his six-passenger electrified wagon way back in 1890 with its top speed of just 14 miles per hour. And so, from these humble roots, began a love affair with electrically powered vehicles that’s heating up as petrol and diesel prices soar.

Electric vehicles are undoubtedly the future and it’s not hard to see the attraction. With climate change top of the political and social agenda they are substantially kinder on the environment thanks to their dazzling green credentials. Job creation is also a factor, with Ford announcing last year it would invest up to £230 million into its Halewood EV components factory in northern England.

Used electric car sales are particularly sky rocketing. According to the Society of Motor Manufacturers and Traders, 14,586 used electric cars were purchased in the UK during the first three months of 2022. This is over twice the total of 6,625 during the same period in 2021, with the market share of used electric vehicles jumping to 3.6% from 1.6%.

Business and private owners can also make potentially huge savings when comparing the price of a full battery to the price of a full tank. In fact it isn’t unrealistic to pay around £25 for a full charge compared to well over £100 for a tank of petrol. Across a fleet of EVs this makes a massive difference.

EVs are much quieter too, and with around 90% fewer moving parts than traditional engines the wear and tear is far, far less. On top of that, buyers are keeping an eye on any resale value, particularly as from 2030 the government is introducing a two-phase approach to ridding the roads of petrol and diesel vehicles permanently.

Eventually all new cars and vans are set to be fully zero emission at the tailpipe from 2035. This makes it very tempting to go electric early on, with a view to potentially having an (albeit depreciated) asset to sell in a few years’ time.

So what’s the rub?

The fact is, for those who tend to drive locally or infrequently, EVs can be the celestial answer to a question they didn’t even know needed answering. But there are still some major considerations (and yes, drawbacks) which mean electric vehicles aren’t quite for everyone… yet.

In urban areas of the UK charging your EV at home or at work simply isn’t doable. Parking off-street is a serious luxury, with the Society of Motor Manufacturers and Traders estimating that the UK needs 1.9 million on-street charging points to be installed by 2030 at a cost of around £17.6 billion. What kind of government investment is made into this remains to be seen.

Hefty commute to work? Friends or family more than a couple of hours’ drive away? A fully electric vehicle may not be your best friend right now.

From totally flat to comfortably full, a typical electric car (60kWh battery) takes around 8 hours to charge with a 7kW charging point. Most family-sized cars from the big known brands can manage around 250-300 miles on one charge (heavy right foot and gridlocked traffic dependant). But the real issue comes when you want to go further than that, because one: there aren’t the same number of EV charging points as there are petrol/diesel pumps (not even close). And two: charging takes ages. Yes, even a rapid charge. Which will come as something of a shock if you’re used to nipping into a petrol station, filling up and dashing off all within the same two minutes. Even on a rapid charge, you may find yourself camped out half way up a rainy M6 for upwards of 40 minutes. And on a journey that’s already a couple of hours long it’s a pain – especially if the chargers are already occupied.

A lack of EV charging points

Stressful. Especially when you’re down to your last 22 miles and have no idea where the next one is. Expect sweaty palms (wipers off, climate control off, music off). And if you’ve got a flight to catch or a meeting to get to, things can certainly get squeaky.

New or unfamiliar areas can also be a challenge. Yes there are plenty of handy apps out there that will point you to a charging point – and many high end EV models will even guide you there. But there’s still a very real chance that it’s out of order, takes hours to impart even a dribble of electricity into your dried out battery, or simply never existed in the first place. You can easily waste time and electricity chasing a phantom charging point… whilst turning the air blue.

Stick with it: EV innovation is ongoing

Of course, in the interests of fairness EV technology is a work in progress that’s moving at an exciting pace. Electric vehicle manufacturing, design and the wider infrastructure required for charging is constantly evolving and improving.

The race is on to phase out fossil fuels, making the vehicles we rely on leaner, greener and more convenient to own. Charging times are set to reduce, with batteries becoming much larger and more able to cover longer distances in one go. Things, as they say, can only get better so watch this space.

Don’t forget, if your company has recently invested in any type of technological or scientific research in this area, it may well be able to claim R&D Tax Credits towards the costs. Any UK company in any sector and of any size can apply, however EV manufacturers in particular are proving to be notable beneficiaries.

Up to 33% of eligible R&D costs can be reclaimed from the government, either as a Corporation Tax rebate or a cash credit, ready to plough back into further innovative projects. It’s a powerful tax incentive indeed, but far too many start-ups in particular are still missing out. Don’t let your company leave money on the table.

Germany’s gas crisis in charts: Pipeline repair, and then what?