Home Headlines Exclusive: Europe ready for Baltics emergency switch-off from Russian grid
Our website publishes news, press releases, opinion and advertorials on various financial organizations, products and services which are commissioned from various Companies, Organizations, PR agencies, Bloggers etc. These commissioned articles are commercial in nature. This is not to be considered as financial advice and should be considered only for information purposes. It does not reflect the views or opinion of our website and is not to be considered an endorsement or a recommendation. We cannot guarantee the accuracy or applicability of any information provided with respect to your individual or personal circumstances. Please seek Professional advice from a qualified professional before making any financial decisions. We link to various third-party websites, affiliate sales networks, and to our advertising partners websites. When you view or click on certain links available on our articles, our partners may compensate us for displaying the content to you or make a purchase or fill a form. This will not incur any additional charges to you. To make things simpler for you to identity or distinguish advertised or sponsored articles or links, you may consider all articles or links hosted on our site as a commercial article placement. We will not be responsible for any loss you may suffer as a result of any omission or inaccuracy on the website.
Headlines 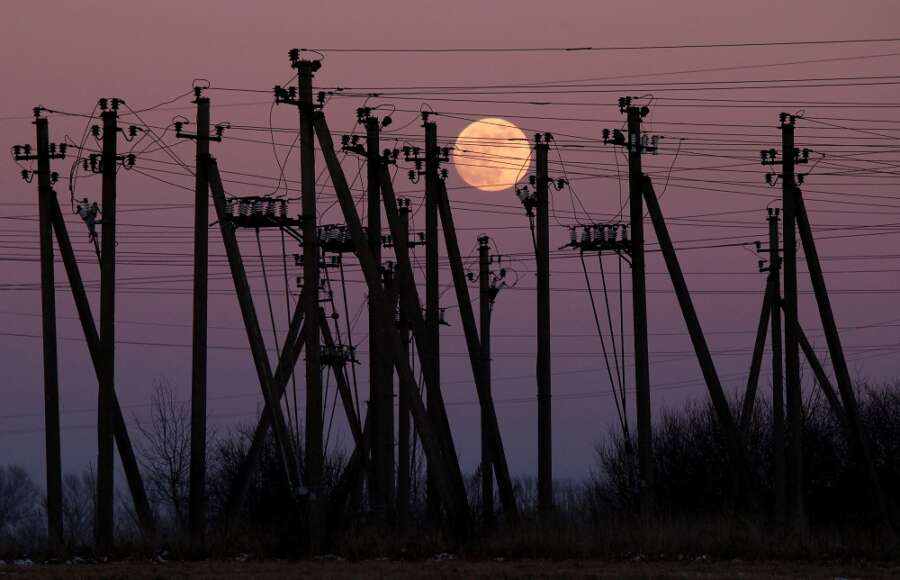 By Andrius Sytas and Marek Strzelecki

VILNIUS/WARSAW (Reuters) – European grid operators are ready to implement immediately a long-term plan to bring the Baltic states, which rely on the Russian grid, into the European Union system in the event Moscow cuts them off, three sources familiar with the matter told Reuters.

Concern about depending on Russia for any form of energy has mounted across Europe because of reductions in Russian gas supplies to some countries following Moscow’s invasion of Ukraine.

The Baltic states are nervous because Lithuania has clashed with Russia for blocking goods to Moscow’s Kaliningrad enclave.

Thirty years after splitting from the former Soviet Union and 17 years since joining the European Union, the Baltic States of Estonia, Latvia and Lithuania depend on Russia to ensure stable power supplies.

The Baltic States have a long-standing plan to become part of the European decentralised network of power grids, known as ENTSO-E, by 2025.

The sources said that could be implemented immediately if necessary, under contingency plans drawn up by ENTSO-E for such an eventuality. They spoke on condition of anonymity because of the sensitivity of the issue.

The Russian and Continental European systems both operate at a frequency of 50 Hertz, but whereas the Russian system is run from Moscow, the continental European grids are decentralised, meaning each national grid operator is responsible for maintaining the stability of its system.

However, in an emergency, those in the European system can provide help.

Ideally, the Baltic States would only disconnect from the Russian grid in 2025, following the completion of investment backed by 1.6 billion euros ($1.68 billion) of EU funding to upgrade their infrastructure.

The sources said, however, the Baltic States would already be able to cope if they have to. The grids would operate in a stable manner but the lack of the infrastructure upgrades could mean higher power prices, one of them said.

Lithuania last year installed and successfully tested equipment to link up the Baltic power grid with Poland, an ENTSO-E member.

A spokesperson for Litgrid, which operates the Lithuanian grid, told Reuters last year’s test of the Lithuanian-Polish LitPolLink connection upgrade showed that “in an emergency, the Baltic countries will receive help and be able to connect to the networks of continental Europe”.

“We coordinate with regional partners and are ready to ensure reliable power supply in all scenarios,” the spokeperson said.

Removing the Baltics from the regional grid would also cut off Russia’s Kaliningrad exclave, which is wedged between Lithuania, Poland and the Baltic Sea, meaning it would have to run the grid independently.

A test of whether Kaliningrad could do this was planned for Saturday but Russia called it off shortly before it was due.

No-one could immediately be contacted in Russia to comment on the Baltic grid plans.

However, Russia has said it is committed to fulfilling its energy supply contracts.

It says reduced gas deliveries this month via the Nord Stream 1 pipeline to Germany were caused by the delayed return of turbine equipment being serviced by Germany’s Siemens Energy in Canada.

5 tips for supporting employees through their periods