Our website publishes news, press releases, opinion and advertorials on various financial organizations, products and services which are commissioned from various Companies, Organizations, PR agencies, Bloggers etc. These commissioned articles are commercial in nature. This is not to be considered as financial advice and should be considered only for information purposes. It does not reflect the views or opinion of our website and is not to be considered an endorsement or a recommendation. We cannot guarantee the accuracy or applicability of any information provided with respect to your individual or personal circumstances. Please seek Professional advice from a qualified professional before making any financial decisions. We link to various third-party websites, affiliate sales networks, and to our advertising partners websites. When you view or click on certain links available on our articles, our partners may compensate us for displaying the content to you or make a purchase or fill a form. This will not incur any additional charges to you. To make things simpler for you to identity or distinguish advertised or sponsored articles or links, you may consider all articles or links hosted on our site as a commercial article placement. We will not be responsible for any loss you may suffer as a result of any omission or inaccuracy on the website.
Home Headlines Exclusive-Short AstraZeneca shelf life complicates COVID vaccine rollout to world’s poorest
Headlines 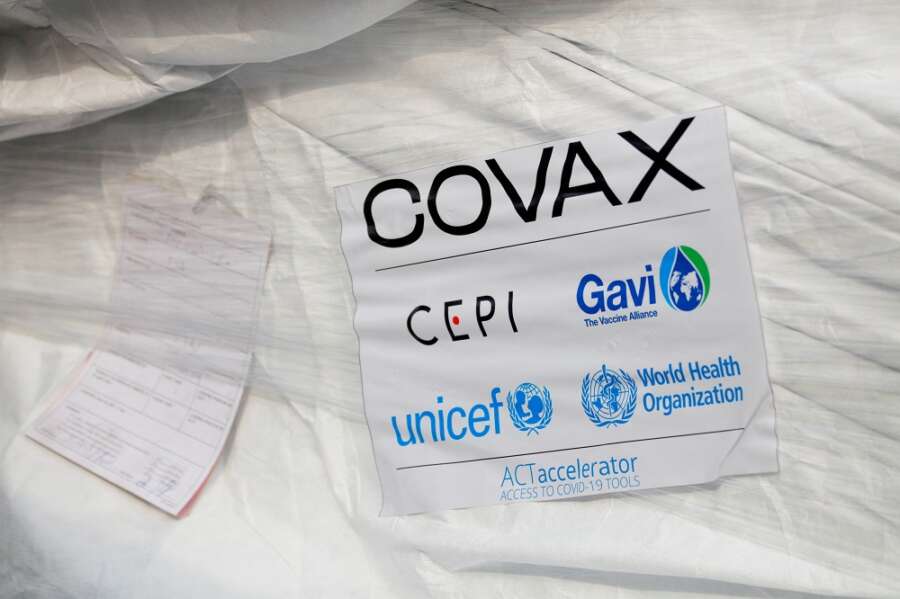 By Francesco Guarascio and Jennifer Rigby

BRUSSELS/LONDON (Reuters) – The relatively short shelf life of AstraZeneca Plc’s COVID-19 vaccine is complicating the rollout to the world’s poorest nations, according to officials and internal World Health Organization documents reviewed by Reuters.

It is the latest headache to plague the COVAX vaccine-sharing project, co-led by the WHO and aimed at getting shots to the world’s neediest people.

As vaccine production ramped up and richer states began donating excess doses, some countries – particularly in Africa â€“ are now struggling to administer the big shipments.

The need to turn down vaccines with short shelf lives, along with the initial inequality, hesitancy and other barriers, has contributed to a much lower vaccination rate in Africa where only around 10% of people have been immunised, compared with more than 70% in richer nations.

Many vaccines are arriving with only a few months, and sometimes weeks, before their use-by date, adding to the scramble to get shots in arms. Some countries have had to destroy expired doses, including Nigeria which dumped up to 1 million AstraZeneca vaccines in November.

The problem with a short shelf life largely concerns AstraZeneca, according to COVAX data and officials.

An internal WHO document reviewed by Reuters detailing vaccine stocks in several central and west African countries for the week ending Feb. 6 highlighted the problem.

Most of the 19 listed African nations had expired AstraZeneca doses, compared to a handful of countries with expired doses from other manufacturers. Of the total expired doses declared by those countries in the week, about 1.3 million were AstraZeneca, 280,000 Johnson & Johnson, 15,000 Moderna and 13,000 Russia’s Sputnik, the document shows.

Many more vaccines are expected to be rejected as African nations and COVAX said that from January they would not accept vaccines with less than two-and-a-half months’ shelf life.

Yet Benin received 80,400 AstraZeneca doses from COVAX on Jan. 30, set to expire on Feb. 28. It also got 100,000 doses of the Sputnik Light vaccine from Russia, with the same expiry date – but outside the COVAX initiative. Vaccines from other manufacturers had a much longer shelf life, according to the document.

“Since January 2022, COVAX is shipping vaccines to countries on demand, ensuring that countries get the right volume at the right time,” said Phiona Atuhebwe, a vaccine expert at WHO Africa.

Asked about the internal document, seen by Reuters, she said: “WHO is fully cognizant of the pressure that short shelf life doses put on delivery strategies and systems amid weak infrastructure and low demand.”

Two and a half months of shelf life is the minimum duration African countries reckon they need to administer the shots.

AstraZeneca, COVAX’s second-biggest supplier after Pfizer, said that since the start of the global rollout, more than 250 million of its shots left factories with less than two-and-a-half months before expiry.

Short shelf life is not generally a problem for a wealthy country with expertise and infrastructure. But without systems in place, it can be insurmountable.

A spokesperson for Anglo-Swedish AstraZeneca said vaccines had to undergo scrupulous quality checks and pointed to the fact that the company was a major player in supporting vaccination drives in poorer nations. With donations from rich countries included, more AstraZeneca vaccines have been distributed by COVAX than any other shot.

“AstraZeneca has supplied 2.6 billion vaccine doses globally, approximately two thirds of which have gone to low and lower middle-income countries,” the spokesperson said.

“Almost nine out of 10 doses released from our manufacturing sites ready for donation have a shelf life of at least two and a half months which is consistent with the rest of our supply chains,” the spokesperson added.

The volumes of delivered vaccines vastly outnumber wasted doses, but the losses have been substantial thanks in part to the time pressures. This has led to AstraZeneca shots being turned down even before being shipped.

Taking into account only donated doses, which represent nearly half the billion vaccines distributed by COVAX, about 30 million AstraZeneca shots were rejected or deferred last year by poor nations, said Gavi, the nonprofit that co-runs COVAX alongside the WHO. That amounts to a quarter of AstraZeneca’s donated shots via COVAX.

Many were later re-assigned to other countries, Gavi added, noting that more than 95% of them were AstraZeneca. It did not say where to.

Millions of additional AstraZeneca doses shared by the EU, COVAX’s biggest donor, have not been distributed yet, according to an EU internal document reviewed by Reuters.

The main problem is the vaccine’s shelf life of just six months from the date of bottling, the shortest among COVAX’s top suppliers, several COVAX and EU officials told Reuters.

In addition, the company’s quality checks can themselves sometimes take months.

COVAX’s complex system to assign doses to countries, and donors’ requests to deliver them to selected nations, often further eat into the vaccine’s short life, leaving sometimes only a few weeks before they expire.

Quality checks are conducted by all vaccine makers, but the time constraints are less of an issue for COVAX’s other top suppliers. Johnson & Johnson’s vaccines last two years when frozen, Pfizer’s last nine months and Moderna’s seven months, according to storage instructions approved by the WHO.

Millions of Moderna and Pfizer vaccines could also go wasted, some African countries warned in the WHO document, with the problem being linked usually to low vaccine uptake and insufficient cold-chain equipment to distribute these shots in remote regions.

Gavi said it has encouraged AstraZeneca to apply to the WHO for an extension of the expiration date, but talks have not led yet to a formal application. AstraZeneca said the process is complex due to its vast global network of companies manufacturing its vaccine.

One of its production partners, the Serum Institute of India, has been granted WHO approval for a nine-month shelf life, after it was initially authorised only for six. But other batches produced by AstraZeneca in the rest of the world have only six.

“We are currently in discussions with the World Health Organisation … but this is a complex task which requires data to be collected from across our global manufacturing network,” a spokesperson for AstraZeneca said.

A WHO spokesperson did not comment on the talks.

On average, African countries have used two-thirds of received doses, but that drops to 11% in Burundi and 15% in Congo, with other large countries, including Madagascar, Zambia, Somalia and Uganda, having used only about one-third, Gavi said, citing figures from late January.

Gavi said the total wastage rate was around 0.3% of doses delivered by mid-December. It declined to share more updated figures, but said the rate was expected to rise.

(Reporting by Francesco Guarascio @fraguarascio and Jennifer Rigby; Additional reporting by Maggie Fick in Nairobi and MacDonald Dzirutwe in Lagos, Alexander Winning and James Macharia Chege in Johannesburg, and Polina Nikolskaya in Moscow; Editing by Josephine Mason and Nick Macfie)