Our website publishes news, press releases, opinion and advertorials on various financial organizations, products and services which are commissioned from various Companies, Organizations, PR agencies, Bloggers etc. These commissioned articles are commercial in nature. This is not to be considered as financial advice and should be considered only for information purposes. It does not reflect the views or opinion of our website and is not to be considered an endorsement or a recommendation. We cannot guarantee the accuracy or applicability of any information provided with respect to your individual or personal circumstances. Please seek Professional advice from a qualified professional before making any financial decisions. We link to various third-party websites, affiliate sales networks, and to our advertising partners websites. When you view or click on certain links available on our articles, our partners may compensate us for displaying the content to you or make a purchase or fill a form. This will not incur any additional charges to you. To make things simpler for you to identity or distinguish advertised or sponsored articles or links, you may consider all articles or links hosted on our site as a commercial article placement. We will not be responsible for any loss you may suffer as a result of any omission or inaccuracy on the website.
Home Finance Expert View: Bank of England lifts UK rates to 3% in historic hike 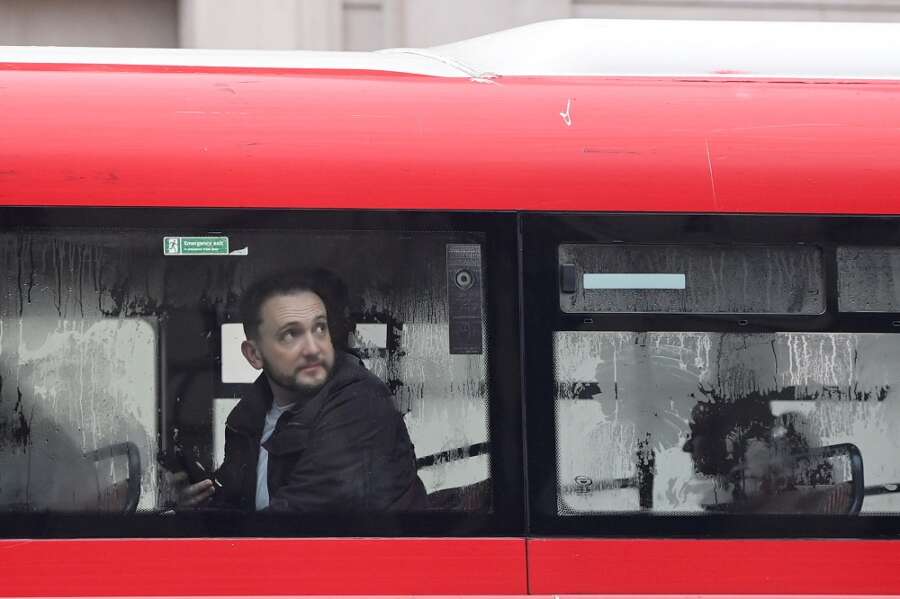 LONDON (Reuters) – The Bank of England raised UK interest rates to 3% on Thursday in its largest rate hike since 1989 and warned of a “very challenging outlook” for the economy.

Investors had fully priced in the possibility of the three-quarter point increase. Money markets showed traders now expect UK rates to peak at 4.6% by next September, compared to expectations of 4.8% just two days ago.

The pound tumbled after the decision, while London-listed stocks fell and UK bonds came under pressure.

BONDS: Yields on the two-year gilt were last up 1 basis points at 3.041%, compared with 3.064% before the BoE announced its decision.

“They raised rates as expected, but the message they are sending certainly isn’t terribly friendly to sterling. At the end, what matters is what people feel about growth and the idea of a two year long recession isn’t going to help the currency.”

“Going forward, it may not be too long before the monetary policies pursued by the BoE and Fed start to diverge. The market has already reduced its expected peak interest rate; if we get a more austere than expected fiscal statement on 17th November I think we will see that terminal rate lowered some more.

For now, the implication of today’s outcome is likely to be negative for sterling but supportive for gilts, and we are already seeing sterling react negatively to the implications of the BoE’s messaging.”

“We were slightly surprised by the BoE’s decision to hike by 75bps given the recent softening in macro data. Rates markets are pricing another 50bps hike at each of the December and February meetings, although still reflect a lower terminal rate than just a week ago. To us, this suggests growing concern about the outlook for the UK economy.”

“Markets had widely anticipated the hefty rate hike, particularly given the bank has had to make the move prior to the government’s fiscal statement after it was delayed until later this month.

“However, this latest move is actually significantly lower than it could have been given the furore caused by the mini-budget just a matter of weeks ago. The change of Prime Minister appears to have restored some calm to UK bond markets, and the BoE could take a smaller step as a result.”

“After the political and economic upheaval of the last few weeks, the Bank of England’s move to increase the base interest rate to 3% is an attempt to steady the ship, even if this requires sailing through a recessionary storm in order to get to the calmer waters on the other side.

“There is no doubt we are now looking down the barrel of a recession, which is unfortunately a necessary by-product of the policies required to restore fiscal credibility. The aim is stability in the long-term, as further highlighted by the bank beginning quantitative tightening, with the bank hoping the economy will rise out of the recession by this time next year.”

“What caught my eye is that while some central banks are saying they don’t know how high rates will go, the BoE is saying the peak is lower than what the market is pricing.

“Sterling could face some pressure against the dollar at least.”

“The pound has been slipping against the resurgent USD all morning but notably it has fallen against the EUR also following the BoE announcement and the perception that this was a dovish hike.

“With two members of the (Monetary Policy Committee) not willing to endorse the 75 bps rate hike this month and given the likelihood that the UK economy will be in recession the next time the BoE meets, the prospects of another 75-bps hike from the bank could appear to be too difficult an ask.”

“The move is as expected. We’re still looking over the next couple of years for rates to go to over 5%.

“What happens to the pace of quantitative tightening will be important.”

“Fiscal and monetary policy remains murky as we move towards year close, and this environment poses significant challenges for investors and financial advisers in the public markets.”