Home Headlines Factbox-COVID-hit Chinese cities seek exit from painful lockdown
Our website publishes news, press releases, opinion and advertorials on various financial organizations, products and services which are commissioned from various Companies, Organizations, PR agencies, Bloggers etc. These commissioned articles are commercial in nature. This is not to be considered as financial advice and should be considered only for information purposes. It does not reflect the views or opinion of our website and is not to be considered an endorsement or a recommendation. We cannot guarantee the accuracy or applicability of any information provided with respect to your individual or personal circumstances. Please seek Professional advice from a qualified professional before making any financial decisions. We link to various third-party websites, affiliate sales networks, and to our advertising partners websites. When you view or click on certain links available on our articles, our partners may compensate us for displaying the content to you or make a purchase or fill a form. This will not incur any additional charges to you. To make things simpler for you to identity or distinguish advertised or sponsored articles or links, you may consider all articles or links hosted on our site as a commercial article placement. We will not be responsible for any loss you may suffer as a result of any omission or inaccuracy on the website.
Headlines 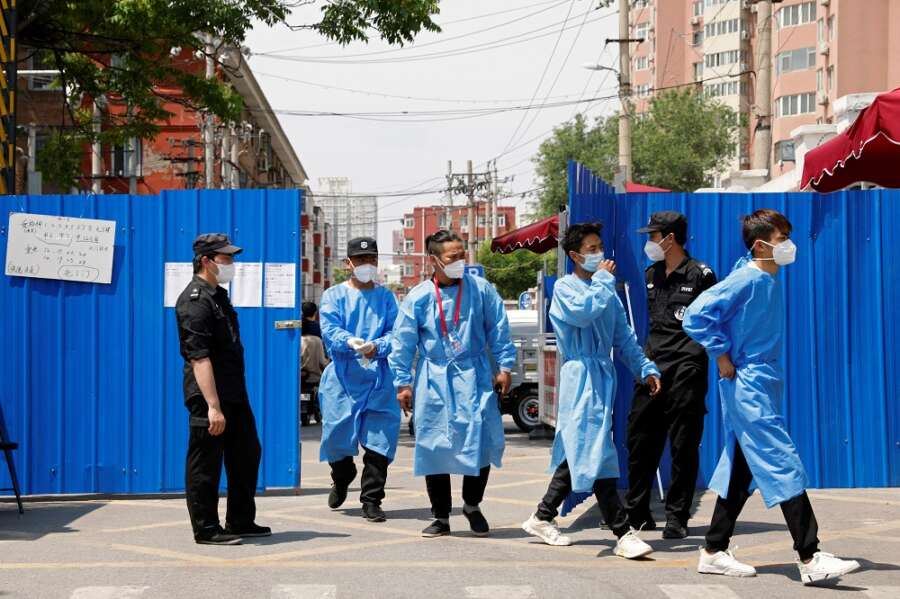 By Roxanne Liu and Ryan Woo

(Reuters) – Plans by COVID-hit Chinese cities to exit or avoid lockdown are more fraught and uncertain than ever as the pursuit of zero cases grows more prolonged, taxing and complex, with the highly infectious Omicron variant demanding quicker and tougher steps.

The lockdowns have led the World Health Organization chief to describe China’s zero-COVID goal as unsustainable, but China says its approach will protect the lives of its people and economy in the longer run.

Caseload: More than 1,000 from mid-February to end-March

With one week of “slow living” in March, Shenzhen had one of the shortest lockdowns among COVID-hit cities with populations of more than 10 million.

Its decision on citywide testing and mobility curbs was made when caseloads rebounded in mid-March following less disruptive measures earlier in an outbreak that began in February.

During March 14-20, about 20 million residents underwent multiple rounds of testing and largely stayed at home, with one member of each household allowed out every few days for necessities. Buses and subways were shut and non-essential businesses were halted, while work from home or sealed campuses was implemented.

It was softer than the hard Wuhan lockdown in 2020 – residents could leave Shenzhen if they had negative PCR tests and private transport was not banned.

Unlike Shenzhen’s swift lockdown, Shanghai initially refrained from a blanket closure. In the first few weeks of its outbreak, the city of 25 million stuck to a “slicing and gridding” policy in which residential compounds and areas took turns sealing up and administering mass testing.

By the end of March, Shanghai was reporting thousands of new cases a day, leaving authorities with no choice but to seal off the entire city in an unprecedented lockdown that sparked anger over poor access to medical services and daily necessities, fuelled criticism of opaque information disclosures, and dealt a huge blow to the city’s economy.

Shanghai on April 11 started identifying areas with no infections for at least 14 days and pledged to allow their residents limited mobility, but many complained that in practice they were still confined in residential compounds.

In mid-May, Shanghai said it had zero transmissions outside quarantine areas and restarted some in-person businesses. Full resumption is expected in June, after two months of lockdown.

Beijing, nearly a month into its outbreak, has avoided a Shanghai-style lockdown, having acted quickly even when caseloads were very low.

Three days into its outbreak, Beijing launched mass testing in its most populous district and immediately expanded that to most of its 21 million population. It also locked down selected areas with infections.

As Beijing’s caseload grew, some residents were advised not to cross district boundaries and to work from home. Public transport, taxi and ride hailing services were reduced.

Still, Beijing stopped short of keeping all residents indoors. Nor did it restrict how often people could go out to shop for necessities.

Lockdown: Started on March 14, gradually loosening since late April and largely ended in May

Jilin in northeast China banned people from leaving the province or from travel between its cities for non-essential reasons on March 14.

The large-scale travel curb was the first since 2020 when cities in central Hubei province cut off transport routes after the emergence of COVID in Wuhan, Hubei’s capital.

In late April, daily cases in Jilin dropped to fewer than 100 on some days from a few thousand. Community infections hit zero on April 14.

Some border towns have faced repeated outbreaks and lockdowns such as Ruili, China’s gateway to Myanmar, and Manzhouli in the north.

China has demanded more stringent measures in border towns, being the first line of defence against imported infections.

Maguan, next to Vietnam, lifted a lockdown this month after achieving zero cases in an outbreak of about 200 infections, but tough rules remained indefinitely in some areas including bans on travel without permission.