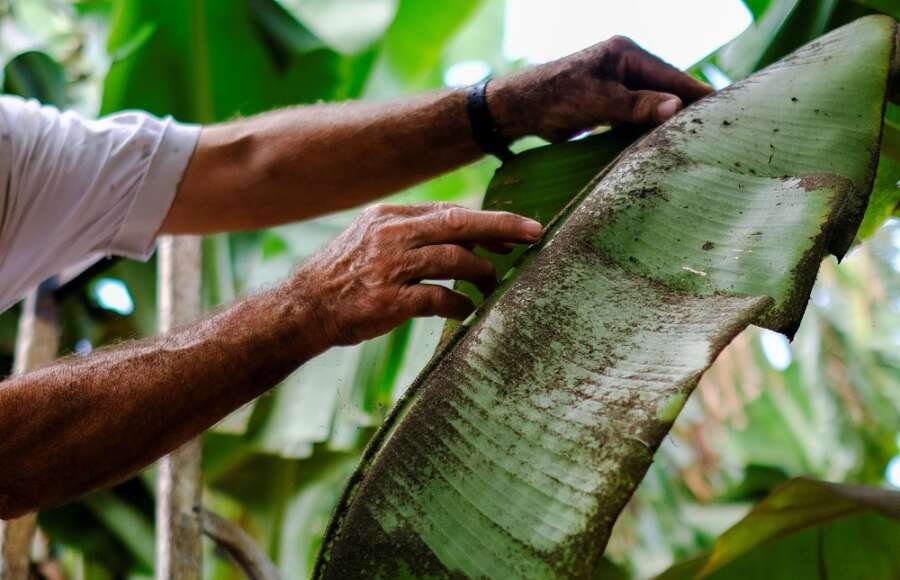 By Marco Trujillo and Nacho Doce

LOS LLANOS DE ARIDANE, Spain (Reuters) – In more than 50 years growing bananas on the Spanish island of La Palma, Antonio Brito Alvarez has never seen anything like the devastation wrought by the Cumbre Vieja volcano, which has been spewing out molten rock and ash since Sunday.

“All this is burnt, burnt from the heat and the wind … The bananas are totally burnt,” said Alvarez, 65, picking off charred black fruit from a tree in his small plantation in the agricultural heartland of Los Llanos de Aridane.

Fruit that was spared the scorching heat has been spoiled by fine particles of hard volcanic dust, which chip away at the banana’s skin, leaving it unsuitable for sale.

“These can’t be taken to the packer,” he said.

Walls of black lava https://www.reuters.com/world/europe/canaries-volcano-blasts-lava-into-air-ash-blankets-area-2021-09-23 have been slowly ploughing westward from the eruption site since Sunday, destroying homes, schools, churches and plantations, just down the road from Alvarez’s farm.

Despite his ruined crop, Alvarez, who left school at 13 to work in the fields, considers himself one of the lucky ones – neither his plantation nor his home were swallowed by the lava.

“When it started burning the houses, destroying them … I went off on my own and I began to cry,” he said. “Please, just let it stop.”

With a much smaller tourist sector than nearby Tenerife or Gran Canaria, La Palma, an island of about 80,000 people in the Canaries archipelago, depends on banana cultivation for around half its economic output.

The volcano has put about 15% of the island’s annual production at risk, endangering up to 5,000 jobs, the industry has said.

“Losses are already occurring because the banana is in constant production. It is a plant that requires fairly regular irrigation and almost daily work,” said Sergio Caceres, manager of the Asprocan banana producers’ association.

The island’s steep, rugged terrain is ill-suited to automation, meaning farmers need daily access to care for their crops.

Authorities, who want to keep roads clear for emergency vehicles, have banned local farmers from harvesting until Tuesday.

If the lava keeps flowing towards the sea, it may come into contact with irrigation pipes that feed the entire region, warned Alvarez, adding: “That would be a very serious problem.”

(Reporting by Nacho Doce and Marco Trujillo in La Palma and Emma Pinedo in Madrid; Writing by Nathan Allen; Editing by Janet Lawrence)

Britain has 10 days to save Christmas, retail sector says