Home Headlines French cloud provider OVH lines up diesel generators to offset potential power cuts
Our website publishes news, press releases, opinion and advertorials on various financial organizations, products and services which are commissioned from various Companies, Organizations, PR agencies, Bloggers etc. These commissioned articles are commercial in nature. This is not to be considered as financial advice and should be considered only for information purposes. It does not reflect the views or opinion of our website and is not to be considered an endorsement or a recommendation. We cannot guarantee the accuracy or applicability of any information provided with respect to your individual or personal circumstances. Please seek Professional advice from a qualified professional before making any financial decisions. We link to various third-party websites, affiliate sales networks, and to our advertising partners websites. When you view or click on certain links available on our articles, our partners may compensate us for displaying the content to you or make a purchase or fill a form. This will not incur any additional charges to you. To make things simpler for you to identity or distinguish advertised or sponsored articles or links, you may consider all articles or links hosted on our site as a commercial article placement. We will not be responsible for any loss you may suffer as a result of any omission or inaccuracy on the website.
Headlines 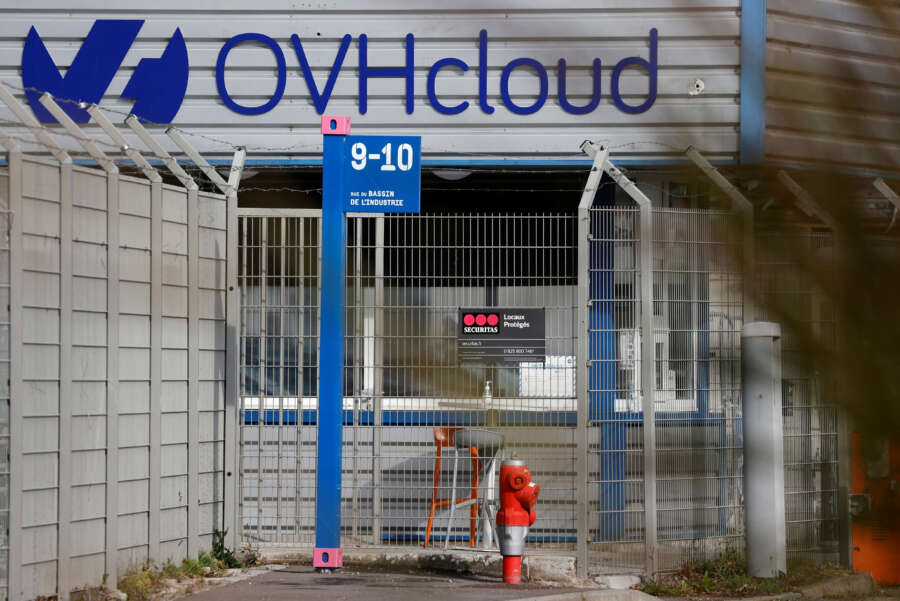 Europe is striving to lower its dependence on Russia’s gas ahead of the coming winter in the wake of the war in Ukraine. While France relies less than its neighbours on Russian supplies, the government has warned businesses they may face power rationing and urged them to cut consumption.

OVHcloud is considered a vital infrastructure by the French government, and thus mostly shielded by potential power cuts. Still, the company is bracing for the worst, CEO Michel Paulin told reporters after unveiling a new data centre in the northeastern city of Strasbourg.

“We test our (diesel) generators every month to every two months,” Paulin said, warning however that OVHcloud would not be able to use such an alternative source of energy for long.

“We’ve filled our tanks…(but) these systems are not meant to run for weeks,” he said.

The French finance ministry is drafting a list of critical industries and sectors that should not suffer any power cuts.

“We have taken many measures, but it depends on the severity of the winter,” a finance ministry official said, adding that telecommunications and cloud services providers were considered key to keep France going.

A report by the European Commission estimated that the cloud services industry accounted for as much as 4% of the EU’s total energy consumption, and that the share was set to rise by almost a third by 2030.

The continuation of OVHcloud’s power-hungry services is even more vital for its business and reputation, as the company, which went public 1-1/2 years ago, competes with U.S. tech giants like Amazon.com Inc, Microsoft Corp and Alphabet’s Google, which dominate data storage worldwide.

Last year, OVHcloud suffered a major fire that took down four of its data centres in Strasbourg.

Paris is eager to build capacity to store sensitive data in France amid concerns the U.S. government can obtain data kept on the servers of the huge companies based there following the adoption of the U.S. Cloud Act in 2018.

OVH presents itself as a secure, domestic alternative to its biggest rivals, and Finance Minister Bruno Le Maire also attended the unveiling of the data centre in Strasbourg.

“If we want to be sovereign, we must not have our data stolen,” Le Maire said.

Yet OVH is tiny compared to the established U.S. companies. It generated sales of 202 million euros ($205 million) in the quarter that ended on May 31, compared to revenue close to $20 billion for Amazon’s cloud services branch in the three months to the end of June.