Home Business Game on: Serious games are serious business
Our website publishes news, press releases, opinion and advertorials on various financial organizations, products and services which are commissioned from various Companies, Organizations, PR agencies, Bloggers etc. These commissioned articles are commercial in nature. This is not to be considered as financial advice and should be considered only for information purposes. It does not reflect the views or opinion of our website and is not to be considered an endorsement or a recommendation. We cannot guarantee the accuracy or applicability of any information provided with respect to your individual or personal circumstances. Please seek Professional advice from a qualified professional before making any financial decisions. We link to various third-party websites, affiliate sales networks, and to our advertising partners websites. When you view or click on certain links available on our articles, our partners may compensate us for displaying the content to you or make a purchase or fill a form. This will not incur any additional charges to you. To make things simpler for you to identity or distinguish advertised or sponsored articles or links, you may consider all articles or links hosted on our site as a commercial article placement. We will not be responsible for any loss you may suffer as a result of any omission or inaccuracy on the website.
Business 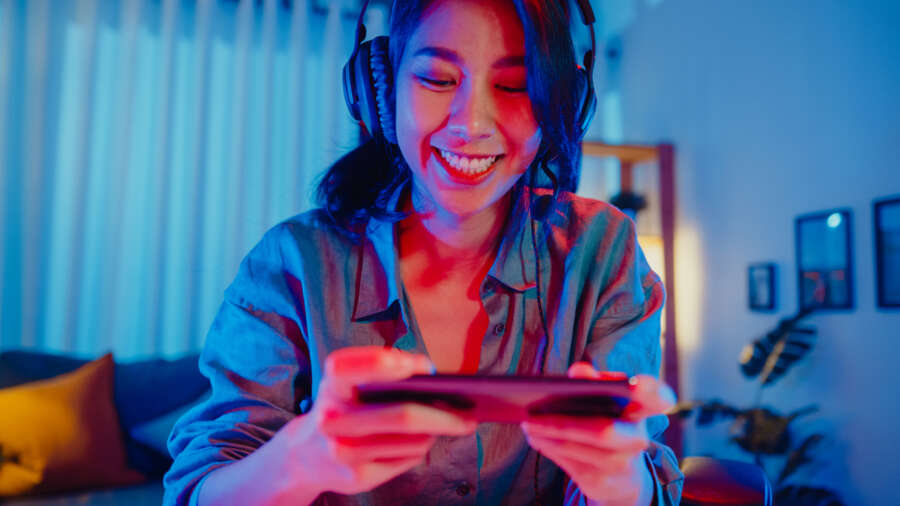 If you’ve been on any form of social media recently, you’ve probably been inundated with people’s Wordle scores, as they triumphantly share the little green and yellow tiles that show their score for that day like a badge of honour.

The daily word guessing game appeared to become a sensation almost overnight and was quickly acquired by the New York Times. But despite its simplicity, it is a perfect illustration of the dynamics of a good serious game.

The term “serious game” may well read as an oxymoron – isn’t a game by its very nature meant to be fun and playful rather than serious?

But for the longest time, games have been the means by which humanity brings structure to interactions, in much the same way that stories help us make sense of the world.

It is this understanding of the function of games that makes a brilliant case for the role of serious games as a key marketing or learning tool in contemporary business, consumer and educational environments. A serious game has an outcome other than just pure entertainment, and is often associated with the drive to shift consumer behaviour in some way.

Marketers, CMOs and CEOs often wonder how to reinvent their business and it all boils down to one thing: to know your customer better, to deepen your connection with them and nudge them to do something that is potentially good for them and good for you. Games can do that.

But there are some basic characteristics and pillars that make up a good game. The first is that a game has a goal, opposed to a toy, which is effectively a game without a goal. A game also has rules, feedback systems and relies on voluntary participation.

Designers of good games use a flow channel to perfectly balance skill and complexity. This is the balance that keeps you motivated when you win, and stops you from giving up because the game is too difficult.

So when you look at your score card on Wordle for instance, if you keep failing, you’re going to give up. But if you usually guess the day’s word within four or five tries, but one day you get it in two or three, you’re going to have a good day. Good games code in emotion, whereas most marketing experiences talk about emotion but they don’t code it in.

Games present an opportunity to not only connect with your audience on an emotional level, but to offer them what business strategist Professor Michael Porter calls “shared value”, where brands go beyond just promoting a product, but having impact in society.

And research has repeatedly shown that businesses that are purpose-led consistently outperform those that are purely driven by profits.

For instance, if your brand is about numbers, you’re a financial service or a bank, instead of talking about financial literacy, imagine you promoted it by developing a simple game where people are using numbers, solving problems and learning along the way. The customer benefits from having their lives improved in some way, and the business benefits from the time a person has invested with their brand.

But there is a fine line to be walked here. Rather than bombarding a person with ads and messages, brands should see games as an opportunity to resonate with their customers.

And it is a major opportunity. Some research indicates that the global serious games market was valued at around $6.29 billion in 2020, with the potential to grow to over $25.54 billion by 2026. And a new analysis by Sortlist has found that beyond social media, three of the top apps that people spend the most time on are games related, with an average of 23 minutes per day spent on sports games, 21 minutes on casual gaming and 19 minutes on hyper-casual games.

The challenge in designing games and learning experiences is that it needs to be super simple at the beginning and gradually become harder and more complex, but if it’s too hard players are going to fall over and have to start again. On the other hand, by making it too simple the risk is that it leads to boredom and loss of interest.

Motivation also needs to be built in to keep players engaged and give them a reason to come back. Think of Sonic the Hedgehog collecting his golden rings as a player makes their way through the game. In a serious game, players could collect points or coins as they make their way through various levels or engage with various content.

In Wordle, the ability to share your results on social media, almost as bragging rights, is the prize. Brands on the other hand might allow players to redeem their coins for a voucher or a prize they can collect in-store. But having something to show for their efforts is a great motivator for people to continue playing any game.

This kind of motivation and immersion makes serious games an excellent vehicle for learning because their benefit of engaging users in a way that drives meaningful outcomes is increasingly recognised.

Games are especially useful in changing attitudes and developing skills, as the focus shifts to valuing not what an individual knows per se, but rather whether they will be able to get the work done.

A study conducted in the UK by gaming firm Hyper X, 55% of teens surveyed said they saw gaming as a viable career path, and wanted gaming incorporated into the curriculum. With online games like PUBG, Fortnite and Minecraft pulling in hundreds of millions of players globally and players building actual careers out of gaming and e-sports, this may come as no surprise.

We know that progessive institutions are increasingly less interested in content learning, such as that offered by a university qualification, for example, but rather the combination of skills and attitude that allow for ongoing learning, problem solving and flexibility. The KASH acronym is a learning term to refer to knowledge, attitude, skills and habits, and speaks to the outcomes that we design for in serious games, with the ultimate goal of shifting behaviour at scale.

And while schools certainly could be using these games to teach kids maths and science, serious games can also help build skills like problem-solving and creative thinking, and teach players to think more strategically.

They’re especially valuable in the corporate learning space, where you can teach skills and improve communication, in a way that is fun, non-judgemental and immersive. As an example of this, Sea Monster has developed serious games which range from combatting vaccine disinformation, to promoting mental well-being during Covid, and a game which promotes entrepreneurial thinking for children.

Immersive games and experiences, whether for brand engagement or immersive learning, have four key elements, each of which work interdependently with the other to generate the desired outcome. In the first instance there is the story, which includes the characters, the world they inhabit and the events around which their interactions are centred. The mechanics of the games legislate the goals, rules and feedback to bring balance to the experience. The aesthetics make provision for the sensory stimulus, the visuals, sounds, haptics and overall setting. Lastly, the technology brings it all together, be it in the form of an app, AR, VR or the web.

There’s a universality to games in that they can be used by everybody and in a variety of different ways. We all learn through play, without necessarily being consciously aware of it. Serious games understand that play is the default and that everything else is just layered on top of that. Any brand or organisation serious about growing and retaining its relevance in 2022 and beyond simply can’t afford to overlook the seriousness of serious games.

QS Rankings 2022: EHL maintains its ranking as the world’s #1 university in hospitality management