Home Headlines Geely’s EV brand Zeekr aims to double sales in 2023, expand in Europe
Our website publishes news, press releases, opinion and advertorials on various financial organizations, products and services which are commissioned from various Companies, Organizations, PR agencies, Bloggers etc. These commissioned articles are commercial in nature. This is not to be considered as financial advice and should be considered only for information purposes. It does not reflect the views or opinion of our website and is not to be considered an endorsement or a recommendation. We cannot guarantee the accuracy or applicability of any information provided with respect to your individual or personal circumstances. Please seek Professional advice from a qualified professional before making any financial decisions. We link to various third-party websites, affiliate sales networks, and to our advertising partners websites. When you view or click on certain links available on our articles, our partners may compensate us for displaying the content to you or make a purchase or fill a form. This will not incur any additional charges to you. To make things simpler for you to identity or distinguish advertised or sponsored articles or links, you may consider all articles or links hosted on our site as a commercial article placement. We will not be responsible for any loss you may suffer as a result of any omission or inaccuracy on the website.
Headlines 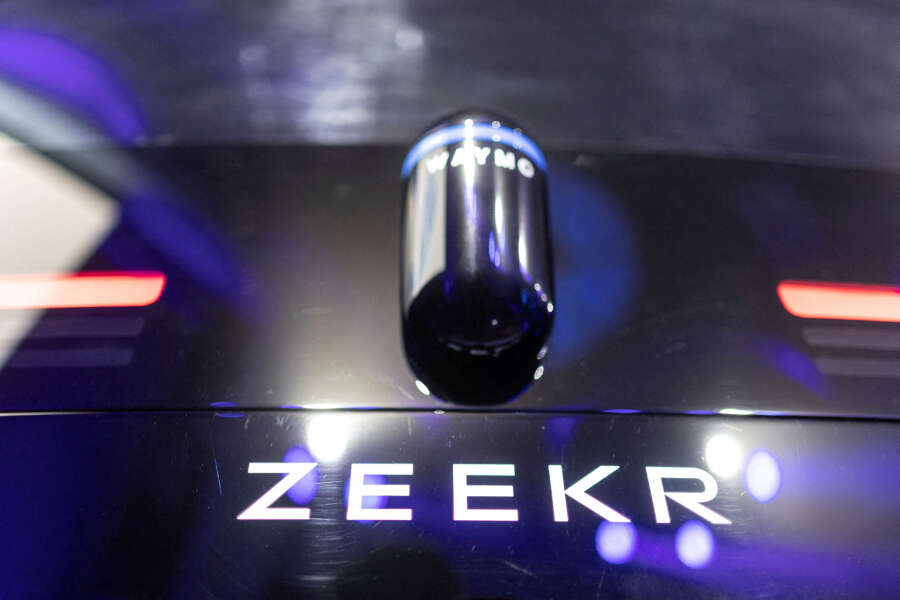 Zeekr, a brand created by Chinese automaker Geely, sold 72,000 vehicles in 2022, mostly in China. Its 001 model, priced at about 300,000 yuan ($43,600), competes with Tesla Inc’s Model Y crossover and other luxury models in the increasingly competitive Chinese market.

Tesla has cut prices and trimmed production in China as it faces intensifying competition from Chinese brands such as Zeekr. Tesla sales in December fell to the lowest level in five months.

A second Zeekr model, the 009, will go into production this month.

Zeekr sees opportunity for growth in Europe, An said in an interview at the CES 2023 annual technology conference in Las Vegas. Later this year, Zeekr plans to begin selling vehicles there with assisted driving systems engineered with Mobileye, he added.

Zeekr and parent Geely have a European base with Volvo Car AB, which Geely owns a majority stake in.

An said Zeekr plans to build vehicles for Waymo in China, but U.S. production is a possibility, “depending on the market situation.”

Zeekr is not planning to enter the U.S. consumer market, An said.

Last month, Zeekr filed for a U.S. initial public offering, without providing details on the size or timing. Reuters previously reported Zeekr was aiming to raise more than $1 billion in the IPO and seeking a valuation of more than $10 billion.