Home Headlines Germans told to unite over energy crisis amid EU divisions
Our website publishes news, press releases, opinion and advertorials on various financial organizations, products and services which are commissioned from various Companies, Organizations, PR agencies, Bloggers etc. These commissioned articles are commercial in nature. This is not to be considered as financial advice and should be considered only for information purposes. It does not reflect the views or opinion of our website and is not to be considered an endorsement or a recommendation. We cannot guarantee the accuracy or applicability of any information provided with respect to your individual or personal circumstances. Please seek Professional advice from a qualified professional before making any financial decisions. We link to various third-party websites, affiliate sales networks, and to our advertising partners websites. When you view or click on certain links available on our articles, our partners may compensate us for displaying the content to you or make a purchase or fill a form. This will not incur any additional charges to you. To make things simpler for you to identity or distinguish advertised or sponsored articles or links, you may consider all articles or links hosted on our site as a commercial article placement. We will not be responsible for any loss you may suffer as a result of any omission or inaccuracy on the website.
Headlines

Germans told to unite over energy crisis amid EU divisions 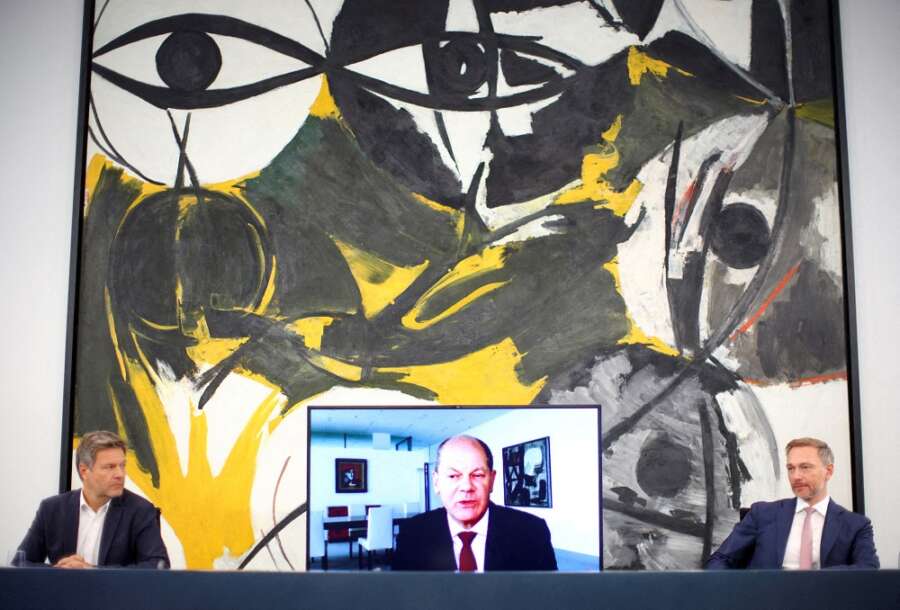 By Rachel More and Paul Carrel

BERLIN (Reuters) – Germany can weather a winter gas shortage caused by Russia’s war on Ukraine provided companies and households pull together, Chancellor Olaf Scholz said on Tuesday ahead of a meeting of EU ministers divided over the best response to the energy crisis.

EU energy ministers will gather in Prague on Wednesday to seek progress on a price cap and other measures after Russia slashed its supplies that once covered about 40% of Europe’s gas needs.

Ukrainian President Volodymyr Zelenskiy called on Group of Seven (G7) states to back a cap on Russian oil and gas exports.

Talks among European Union nations have failed to produce agreement on a proposed cap, with industrial powerhouse Germany and other wealthier EU members fearing it could make it harder to source supplies.

Germany’s planned heavy spending to shield its citizens from the full impact of soaring energy costs has also caused unease among some countries in the 27-nation EU that say it is more than poorer members can afford.

Germany suggested EU states could use money from the 800 billion euro ($778 billion) “Next Generation” pandemic recovery fund to help tackle other crises, such as the energy crisis, a government spokesperson said on Tuesday.

Scholz said the country could not expect Russian energy supplies for the foreseeable future but should be able to cope with that.

“If we all continue to adapt to the changed situation – the citizens, the companies and the politicians – then we will get safely through this winter,” Scholz told an engineering conference.

There have already been signs of demand picking up in Germany on cooler days despite the need to curb consumption.

Across Europe, analysts have put the gas shortfall at almost 15% of average winter demand and said Germany needed to cut energy consumption by around a fifth, with worrying implications for Europe’s biggest economy whose industry has relied on abundant, affordable energy supplies.

The energy crisis has had knock-on effects across Europe as businesses have passed on extra costs, squeezing household budgets.

Industry forecaster S&P Global Mobility said that, in a worst case scenario, Europe’s energy crisis could cut its car production by close to 40% through the end of 2023. The auto industry is widely regarded as a gauge of economic health.

Market research released on Tuesday showed that rather than splashing out on new cars, Britons are stocking up on electric blankets, candles and energy-efficient slow cookers to lower fuel bills and prepare for possible power outages.

In Italy, Intesa Sanpaolo, the country’s biggest bank, is discussing with unions a four-day working week for its 74,000 local staff in part to curb energy use.

Scholz said Germany, which had relied more heavily than most European states on Russian gas and has been racing to find alternative sources, had almost hit a target of filling its gas storage facilities in 95% before the onset of winter.

Other European economies once dependent on Russia gas, such as Italy, have also been replenishing storage and securing supplies from other countries including Algeria and Azerbaijan.

Italy could however face a gas shortfall in the winter of 2023-2024 without a new regasification terminal that is planned in Tuscany, the chief executive of energy major Eni Claudio Descalzi said on Tuesday.

Russia progressively reduced gas flows through the Nord Stream pipeline and also via other routes since the West hit Moscow with sanctions in response to its invasion of Ukraine in February.

Gas via Nord Stream stopped completely in September and any hope of resuming shipments to Germany through that route was dashed last month by suspected sabotage.

President Vladimir Putin said on Tuesday that Russia was not working against anyone on energy markets, a week after Washington criticised a decision by producer group OPEC+, of which Russia is a member, to slash oil production.