Our website publishes news, press releases, opinion and advertorials on various financial organizations, products and services which are commissioned from various Companies, Organizations, PR agencies, Bloggers etc. These commissioned articles are commercial in nature. This is not to be considered as financial advice and should be considered only for information purposes. It does not reflect the views or opinion of our website and is not to be considered an endorsement or a recommendation. We cannot guarantee the accuracy or applicability of any information provided with respect to your individual or personal circumstances. Please seek Professional advice from a qualified professional before making any financial decisions. We link to various third-party websites, affiliate sales networks, and to our advertising partners websites. When you view or click on certain links available on our articles, our partners may compensate us for displaying the content to you or make a purchase or fill a form. This will not incur any additional charges to you. To make things simpler for you to identity or distinguish advertised or sponsored articles or links, you may consider all articles or links hosted on our site as a commercial article placement. We will not be responsible for any loss you may suffer as a result of any omission or inaccuracy on the website.
Home Business Gift prices and transaction security top the list of festive shoppers’ worries for 2021 in PCI Pal’s annual yuletide survey
Business 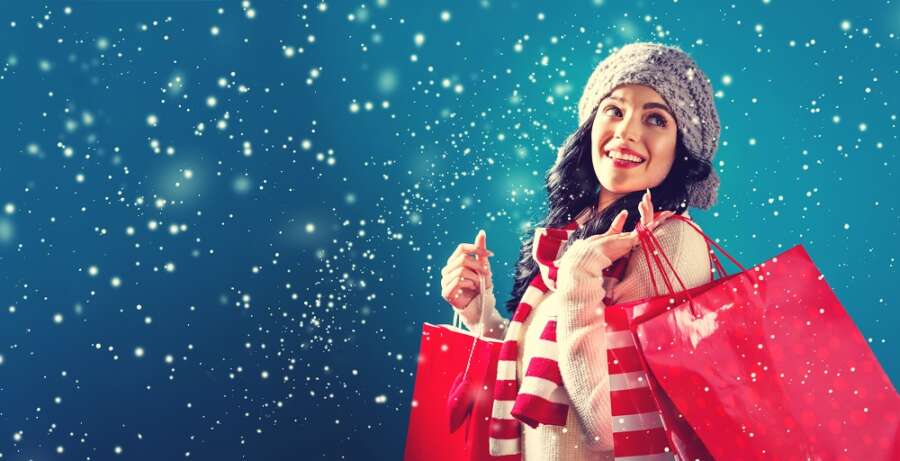 ** Survey of over 2000 shoppers identifies where they intend to spend this year, and whether supply chain delays are impacting how and when they buy **

Following a survey of more than 2,000 UK consumers into their shopping plans for the festive holidays, PCI Pal, (LON:PCIP) the global provider of cloud-based secure payment solutions, has found that 62% would not purchase from a brand that they know has been subject to a data breach – 26% saying this would be a permanent ban.

In fact, security of transaction came out as the second highest requirement that shoppers are looking for when purchasing gifts – moving up from fifth place in a comparable 2020 survey. While 26% of consumers said prices are their main priority, 19% said that the security of the transaction is most important to them, followed by 10% who suggested cost of delivery.

Two thirds (64%) are concerned by the recent uptick in cyberattacks and fraud during the Covid-19 pandemic, and how companies are handling personal data during the holiday shopping season. Of those who gave a concerned response, 48% said they plan to make purchases via retailers’ websites (lower than 2020 data which was 66%) while 35% said they planned to make purchases in-store this holiday season.

Those aged between 18-34 were the most likely to be concerned with how companies are handling personal data over the holiday shopping season, with 76% of this age group mentioning this.

Social media came out on top as the ‘least secure’ channel for shopping, with 65% of shoppers mentioning this over shopping via mobile apps, online, instore or by phone.

This unease has increased for shoppers, with over 40% suggesting this same channel in PCI Pal’s 2020 survey, highlighting a lower confidence level in shopping via social media links or apps.

Almost a quarter of consumers (24%) said they have been a victim of a data security breach or payment fraud in relation to their bank account or payments card in the past, and when asked what action they took as a result, only 37% said they changed their passwords, while 20% switched to a new bank or payment card provider.

When asked if the supply chain delays and transportation issues were changing how and where they shop this December, 28% said that they are not concerned and intend to shop as usual, while 27% said that they intend to shop online but earlier than usual to avoid any related ramifications. Only 6% said they have already completed all of their shopping (as of 24th October), ahead of time, to avoid potential delays.

Even with mandatory facemasks masking a comeback in England, Scotland and Wales due to the threat of the Omicron Covid variant, the percentage of shoppers intending to visit the high street has in fact increased this year: 64% of consumers said that they typically will do holiday gift shopping in-store, versus just 30% who said the same in 2020.

Almost three quarters (74%) said that they would however continue to shop via digital channels even after Covid-19 was over, with over a quarter of respondents (28%) suggesting they would use online for “most of their shopping” (compared to 35% in 2020), while 47% will use the web for “some of their shopping” (versus 44% in 2020).

43% (the highest proportion) said they plan to shop in-store with the same retailers they normally purchase from this holiday season, compared to 36% in 2020 showing an overall increase in brand loyalty. For those suggesting that they will shop with new retailers this year, better prices and deals were mentioned as the reason by 30%. This compares to 48% of shoppers in 2020 who cited a perceived lack of security or privacy.

* How are shoppers paying for Christmas? *

Geoff Forsyth, Chief Information Security Officer, PCI Pal said, “Our annual festive shopping survey reveals that while online remains the preferred method for gift shopping, a return to high street and physical stores is increasing, perhaps as shoppers didn’t have the same opportunity to do so last November and December due to local restrictions. Buyers remain wary however of cyber security risks and how their personal data is being handled by retailers, with more than two thirds mentioning this as a concern.

“One thing is clear that shoppers are a creature of habit and even amid the many headlines relating to potential supply chain delays, 50% said that they are not concerned, with 28% saying they plan to shop over the festive period as they typically would.”