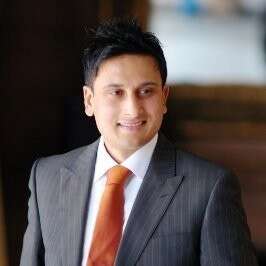 By: Sushil Patel, Director of Restructuring Advisory at Kroll

Her Majesty’s Revenue & Customs (HMRC) has released its Annual Accounts for the financial year 2020-2021. As Kroll predicted in its last HMRC update, overdue debt has increased significantly to £58bn.  This represents a record-breaking level of debt for HMRC to collect in a period of financial recovery, with the UK besieged by multiple macro and local economic challenges. 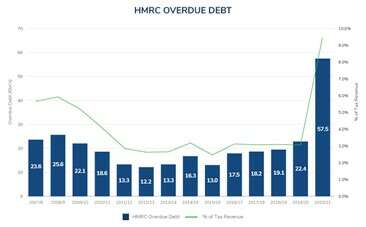 There are several reasons for such alarming levels of HMRC debt and the primary reason being the support measures put in place throughout the COVID-19 pandemic, restrictions placed on HMRC’s ability to utilise its enforcement powers and HMRC changing their stance and overall approach on the collection of debt.

More than half of the £57.5bn overdue debt (£31.3bn) relates to VAT deferred through the coronavirus VAT Deferral Scheme/VAT New Payment Scheme. Here HMRC offered up to half a million businesses the option to defer VAT payments between 20 March 2020 and 30 June 2020 to the following tax year and gave the option to pay overdue VAT over smaller, interest free instalments.

HMRC reported a decrease in revenue losses of £2.12bn from £4.08bn in 2019/20 to £1.96bn in 2020/21, this was due to the reduction in corporate insolvencies. Revenue losses occur when HMRC formally cease collection activity.

The reduction in insolvencies was partly caused by the government measures to financially support businesses during the COVID-19 pandemic and the introduction of temporary restrictions on the use of statutory demands and winding up petitions.

Although it is certain that large numbers of businesses would have failed had it not been for the introduction of government support measures, many of the measures have now ended, and HMRC will be facing pressure from the government to ensure the debts are collected.

Another reason for the debt levels increase is due to HMRC’s increased willingness to negotiate Time To Pay (TTP) arrangements with businesses. Due to the volume of cases, HMRC set up teams dedicated to dealing with specific types and amounts of HMRC arrears. The teams initially agreed deferrals of tax arrears on the condition that businesses either pay off the debt in full or contact HMRC in the future to negotiate a TTP (i.e.- an affordable repayment plan over an agreed period). 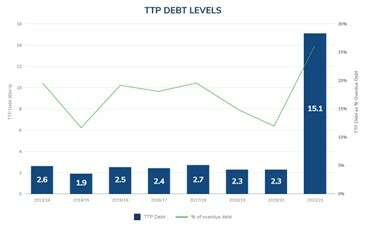 The coronavirus pandemic has presented HMRC with the extremely difficult task of assessing businesses future trading prospects in a period of unprecedented uncertainty. Key questions such as business viability and past compliance records will be at the forefront of HMRC’s collection process.

HMRC has been forced to take a much more open view on these questions, as many viable businesses have been plunged into extended periods of losses due to closures, national and regional lockdowns, along with sudden changes in consumer spending and habits.

Producing reliable forecasts has become much more difficult and something that management teams must revisit frequently. In many ways HMRC’s greatest challenge is to find a somewhat unnatural equilibrium as a collector of taxes whilst simultaneously supporting UK businesses.

Ultimately HMRC will be responsible for deciding which options are best for the UK taxpayer in the orderly collection of overdue taxes, while safeguarding employment and the ongoing recovery of the UK economy. The TTP scheme has been a resounding success since it was introduced in 2008/9, and it has facilitated the repayment of billions of pounds of overdue tax debts. What is clear is that the scheme is going to play a vital role in delivering the orderly repayment of overdue taxes over the next three years.

The accumulation of unprecedented levels of overdue debt, debt tied up in TTP arrangements and the significant reduction in the numbers of insolvencies, puts HMRC in a difficult predicament. It is their responsibility to act in the UK government’s best interests: to manage the levels of overdue debt whilst also ensuring enforcement action is taken against unviable businesses that are arguably trading to the detriment of UK taxpayers.

Some enforcement tactics against unviable businesses are therefore unavoidable, however, HMRC has shown throughout the pandemic that it is keen to support UK businesses. HMRC’s states in its latest accounts, that it has actively ‘reviewed and altered the tone of (their) communications, with different messaging determined by whether customers had experienced a high or low COVID-19 impact as well as offering ‘more flexible payment options such as longer TTP arrangements and extended review periods’.

Kroll expects this will continue to be the case and HMRC should be accommodating with businesses that submit strong proposals that warrant support and that include evidence of:

What are commercial heat pumps for business?

ONLY 14% OF GLOBAL CFOs CONFIDENT THAT FINANCE...

Fed, ECB, and BOE hop aboard the ‘transitory’...

The evolution of finance – are you ready?

KPMG in the UK and Quantexa Collaborate to...

October 22, 2021
Editorial & Advertiser disclosureEditorial & Advertiser disclosureOur website provides you with information, news, press releases, Opinion and advertorials on various financial products and services. This is not to be considered as financial advice and should be considered only for information purposes. We cannot guarantee the accuracy or applicability of any information provided with respect to your individual or personal circumstances. Please seek Professional advice from a qualified professional before making any financial decisions. We link to various third party websites, affiliate sales networks, and may link to our advertising partners websites. Though we are tied up with various advertising and affiliate networks, this does not affect our analysis or opinion. When you view or click on certain links available on our articles, our partners may compensate us for displaying the content to you, or make a purchase or fill a form. This will not incur any additional charges to you. To make things simpler for you to identity or distinguish sponsored articles or links, you may consider all articles or links hosted on our site as a partner endorsed link.