Home Headlines Horses and the ‘Sport of Kings’ were Queen Elizabeth’s passion
Our website publishes news, press releases, opinion and advertorials on various financial organizations, products and services which are commissioned from various Companies, Organizations, PR agencies, Bloggers etc. These commissioned articles are commercial in nature. This is not to be considered as financial advice and should be considered only for information purposes. It does not reflect the views or opinion of our website and is not to be considered an endorsement or a recommendation. We cannot guarantee the accuracy or applicability of any information provided with respect to your individual or personal circumstances. Please seek Professional advice from a qualified professional before making any financial decisions. We link to various third-party websites, affiliate sales networks, and to our advertising partners websites. When you view or click on certain links available on our articles, our partners may compensate us for displaying the content to you or make a purchase or fill a form. This will not incur any additional charges to you. To make things simpler for you to identity or distinguish advertised or sponsored articles or links, you may consider all articles or links hosted on our site as a commercial article placement. We will not be responsible for any loss you may suffer as a result of any omission or inaccuracy on the website.
Headlines

Horses and the ‘Sport of Kings’ were Queen Elizabeth’s passion 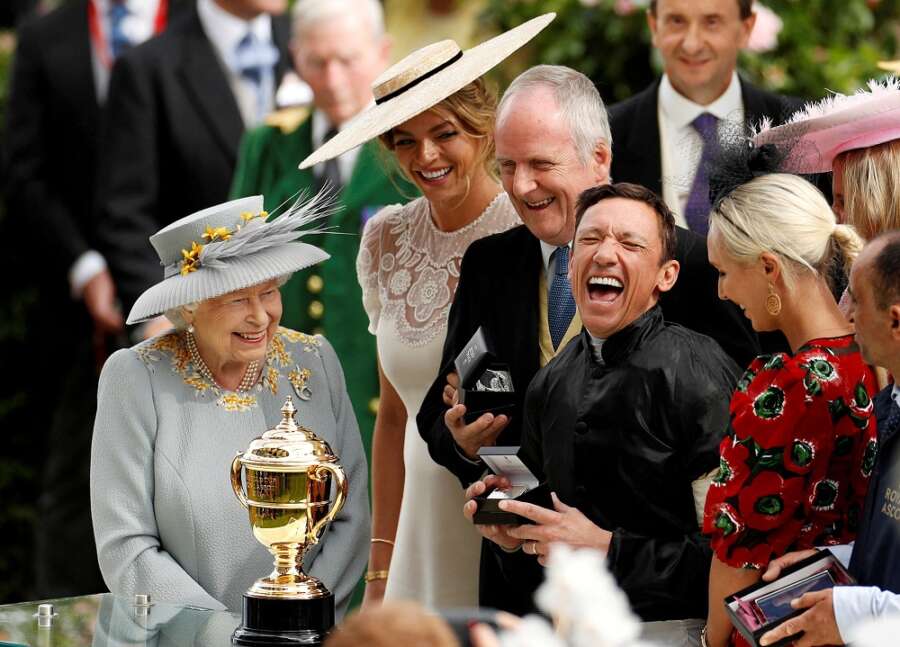 WINDSOR, England (Reuters) – Horse racing is the “Sport of Kings”, and it was also the passion of Queen Elizabeth whose love of all things equine became a feature of her 70-year reign.

The late monarch’s horses won more than 1,800 races and her annual presence at Royal Ascot and the Epsom Derby reflected a deep personal interest as much as carrying out royal duty.

An enthusiastic owner and breeder, with the Royal Stud at her Sandringham estate, she had a deep knowledge of the sport and seemed happiest when the discussion turned to horses.

An official photograph released by the Royal Windsor Horse Show to mark the queen’s 96th birthday featured her standing in the grounds of Windsor Castle with her Fell Ponies.

“I’m sure if the queen had not been bred into being a monarch she would have found a vocation with horses. It was just simply in her DNA,” her bloodstock and racing manager John Warren told the BBC.

A copy of the Racing Post newspaper was said to accompany her breakfast every morning and she kept in regular touch with trainers and stables for the lowdown on what was going on.

“She absolutely knew what the form was,” Jordan’s Princess Haya bint Hussein, who won the Derby as an owner with New Approach in 2008 and has close ties to the royal family, told Reuters.

“She stopped to talk to everybody … the grooms, to the young riders, to children, right up to the top trainers in horse sports, to the blacksmiths, to the vets.”

The princess recalled being told some years ago that the queen even had an iPad to enable her to watch her future racehorses being born in the broodmare stables.

Trainer Richard Hannon senior said the queen knew her pedigrees inside out and recalled to the Racing Post how she enjoyed visiting the stables because “it’s nice to come to a place that doesn’t smell of fresh paint”.

Nicky Henderson, another royal trainer, also told the Racing Post how the queen had watched one of her horses win a race on television.

“She told me she’d been watching it in the sitting room. The horse led over the last, but it was a tight finish so she stood up and screamed it home.

“With that, she said the security guards burst open the door thinking there had been some ghastly drama, but found her shouting at the television rather than an intruder. That always tickled me.”

The British Horseracing Authority, which paused meetings last week in her honour, said the queen had “helped to shape the breed and contributed to moments on the track that will go down in sporting folklore”.

The queen’s horses won all the British classics with the exception of the Derby, the most prestigious of all.

“When Her Majesty invited me to the Royal Box, she asked me genuinely ‘How did it feel? How does it feel?’, and I was able to share that with her,” Princess Haya told Reuters.

The British royals’ love of horse racing goes back centuries.

Newmarket, the “headquarters” with more training yards than anywhere in the country and two racecourses, became popular in the 17th century under James I and then Charles I and II.

In 1665 Charles II set out the rules for the Newmarket Town Plate, which he also entered as a rider and won twice.

Ascot, the royal racecourse near Windsor, was founded by Queen Anne in 1711. The Queen Anne Stakes are run over the straight mile.

Queen Elizabeth attended every edition of the Royal Windsor Horse Show since its inception 79 years ago, including in May.

“She was often there very relaxed, in a headscarf and a quilted jacket, watching her own horses compete,” Tracy Casstles, the British Horse Society’s head of fundraising, said.

“I think Her Majesty has left a living legacy,” said the former president of the World Equestrian Federation (FEI). “There’s so many of the young and up and coming royals who are competing at the highest level already.

“I don’t think it could ever be said that there’s any fear for any part of the equestrian industry, really, around the world, because the contribution that Her Majesty and Prince Philip made is a solid one.”

“Camilla obviously adores horses and is hugely passionate about racing. She really loves it, particularly Cheltenham, the jumps,” a source told the Mail on Sunday newspaper. “I think there’s a pretty clear plan.”

Loss of queen brings first encounter with death for some children

Once Prince of Wales, Charles returns as king