Home Headlines Hot U.S. inflation data reignites global selloff
Our website publishes news, press releases, opinion and advertorials on various financial organizations, products and services which are commissioned from various Companies, Organizations, PR agencies, Bloggers etc. These commissioned articles are commercial in nature. This is not to be considered as financial advice and should be considered only for information purposes. It does not reflect the views or opinion of our website and is not to be considered an endorsement or a recommendation. We cannot guarantee the accuracy or applicability of any information provided with respect to your individual or personal circumstances. Please seek Professional advice from a qualified professional before making any financial decisions. We link to various third-party websites, affiliate sales networks, and to our advertising partners websites. When you view or click on certain links available on our articles, our partners may compensate us for displaying the content to you or make a purchase or fill a form. This will not incur any additional charges to you. To make things simpler for you to identity or distinguish advertised or sponsored articles or links, you may consider all articles or links hosted on our site as a commercial article placement. We will not be responsible for any loss you may suffer as a result of any omission or inaccuracy on the website.
Headlines 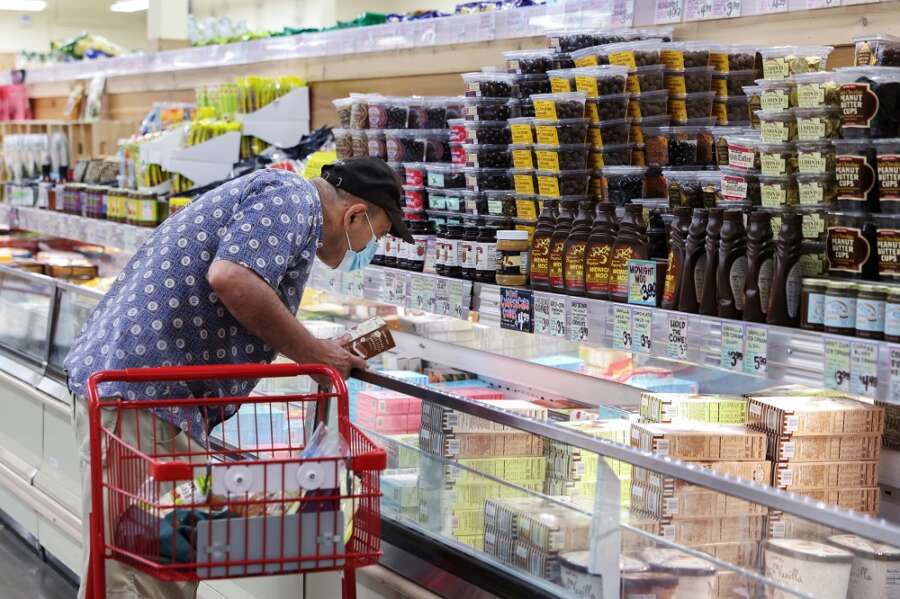 Traders flipped straight into selloff mode as the U.S Labor Department’s consumer prices index (CPI) report showed headline CPI gaining at an annual pace of 8.2% and core CPI, which eliminates volatile food and fuel prices, at a higher than forecast 6.6%.

It sent what had been higher Wall Street futures plunging by more than 2% as the market opened and left the S&P 500, European stocks and MSCI’s main world index all facing a seventh straight day in the red. [.N][.EU]

Global markets have suffered a torrid few weeks but the U.S. CPI data cut to the heart of worries that major economies will need to be pushed firmly into recession for inflation to be brought into line.

The seemingly-unstoppable dollar sparked into life pushing the euro, yen and Swiss franc back down [/FRX] although sterling was still up after a report that the British government was discussing scrapping more of its tax cuts laid out just last month.

Economists said the Fed is now expected to increase rates, which currently stand at 3.125%, by at least 75 bps next month and to continue raising them into next year. Markets show investors now expect U.S. rates to peak at around 4.85% in March, compared with a peak of 4.65% in May that was priced in right before the data.

“After todayâ€™s inflation report, there canâ€™t be anyone left in the market who believes the Fed can raise rates by anything less than 75 bps at the November meeting,” Seema Shah, Chief Global Strategist at Principal Asset Management said.

“If this kind of upside surprise is repeated next month, we could be facing a fifth consecutive 0.75% hike in December with policy rates blowing through the Fedâ€™s peak rate forecast before this year is over.”

In the bond markets, borrowing costs were rising again.

Earlier European data had confirmed German harmonised inflation was 10.9% y/y in September and almost 10% in Sweden too.

Several policymakers did stress, however, that it would be important to “calibrate” the pace of further rate hikes to reduce the risk of “significant adverse effects” on the economy.

Treasury yields were choppy in Europe. with most of the equivalent European yields down a touch too.

Markets lay 90% odds for another 75 basis-point Fed rate hike in November, versus 10% probability of a half-point bump.

“The risk of an over-tightening episode and some mishap in financial markets is higher than I can remember,” said Tom Nash, a fixed income portfolio manager at UBS Asset Management in Sydney.

The dollar index, which gauges the greenback against six major rivals, jumped over 0.5% to 113.65 after the CPI data.

Benchmark 10-year gilt yields, which erupted after the UK government laid out tax cutting plans last month, had swung from a fresh 14-year peak at 4.632% to 4.25% in post CPI trading.

The Bank of England has insisted that its emergency bond market support will expire on Friday as originally announced, countering media reports of continued aid if necessary.

BoE Governor Andrew Bailey had riled markets on Tuesday by saying British pension funds and other investors hit hard by a slump in bond prices had until that deadline to fix their problems.

“I would say it’s heroic to say the risk of some sort of systemic problem has been extinguished because these are big moves and we don’t now how much deleveraging needs to be done,” Janus Henderson’s Paul O’Connor said. “Markets still feel very dysfunctional”.

Meanwhile, crude oil markets regained their footing following a 2% slide on Wednesday amid worries over demand.

Last week, the producer group comprising the Organization of the Petroleum Exporting Countries (OPEC) and allies including Russia pushed prices higher when it agreed to cut supply by 2 million barrels per day (bpd).