Home Headlines Hungary cenbank seen hiking 100 bps to 11.75% next week as inflation surges
Our website publishes news, press releases, opinion and advertorials on various financial organizations, products and services which are commissioned from various Companies, Organizations, PR agencies, Bloggers etc. These commissioned articles are commercial in nature. This is not to be considered as financial advice and should be considered only for information purposes. It does not reflect the views or opinion of our website and is not to be considered an endorsement or a recommendation. We cannot guarantee the accuracy or applicability of any information provided with respect to your individual or personal circumstances. Please seek Professional advice from a qualified professional before making any financial decisions. We link to various third-party websites, affiliate sales networks, and to our advertising partners websites. When you view or click on certain links available on our articles, our partners may compensate us for displaying the content to you or make a purchase or fill a form. This will not incur any additional charges to you. To make things simpler for you to identity or distinguish advertised or sponsored articles or links, you may consider all articles or links hosted on our site as a commercial article placement. We will not be responsible for any loss you may suffer as a result of any omission or inaccuracy on the website.
Headlines 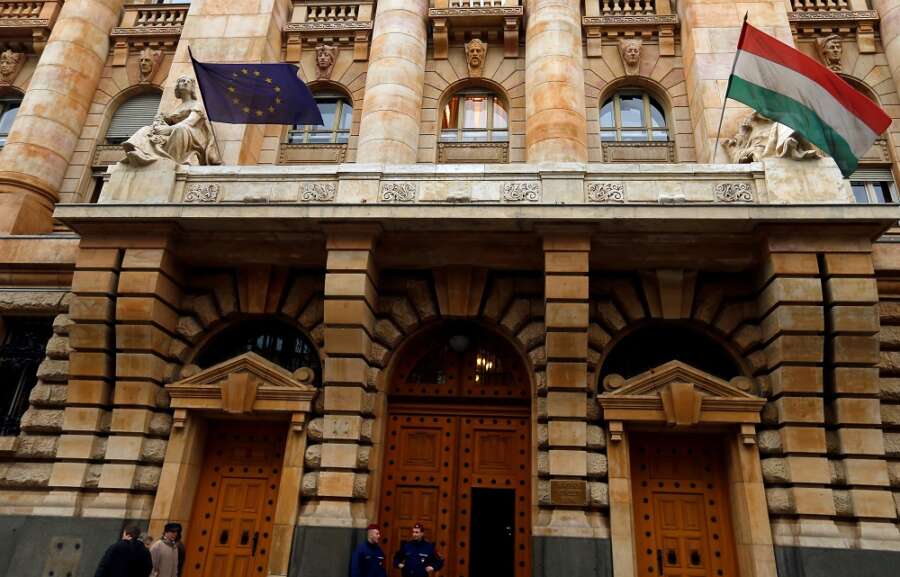 BUDAPEST (Reuters) – Hungary’s central bank is expected to raise its base interest rate by 100 basis points to 11.75% next Tuesday, with more hikes to come this year as inflation keeps rising due to surging energy prices and a weak forint.

The National Bank of Hungary (NBH), which became the firstcentral bank in the European Union to start raising interestrates in June 2021, has lifted its base rate by more than 1,000 basis points since then.

But inflation, running at 13.7% year-on-year in July, has outpaced the bank’s forecasts and deputy Governor Barnabas Virag said earlier this month that the bank must use all tools to prevent inflation taking on a life of its own.

He said inflation could peak later and at a higher level – around 18% to 19% – than previously expected, and start declining only from next year at a slow pace. Hungarian core inflation surged to an annual 16.7% in July, the highest in 25 years.

Two of the 11 economists pencilled in smaller hikes of 50 or 75 bps.

“We expect the Hungarian central bank to continue its decisive tightening with another 100bp hike next week,” said Peter Virovacz, an analyst at ING in Budapest, who sees the main rate reaching 14% by the end of this year.

“We expect the central bank to slow down the pace of tightening after September… With upside risks in inflation, we see upside risks to our terminal rate call as well, which means not just higher rates but a continued tightening cycle in early 2023.”

The forint sank to a record low of 416.90 versus the euro last month and has been drifting back towards that low this week, trading at 410 on Friday at 0939 GMT, pressured by a strong dollar and Hungary’s lack of agreement with the European Union about the release of EU funds to support the economy.

This complicates the central bank’s fight to curb inflation.

The poll forecast headline inflation would average 13.8% this year. Price growth is seen easing only to 12.15% next year, still far above the NBH’s 2% to 4% target range.

(Reporting by Krisztina Than; Editing by Hugh Lawson)

Dollar dips ahead of Powell speech