Our website publishes news, press releases, opinion and advertorials on various financial organizations, products and services which are commissioned from various Companies, Organizations, PR agencies, Bloggers etc. These commissioned articles are commercial in nature. This is not to be considered as financial advice and should be considered only for information purposes. It does not reflect the views or opinion of our website and is not to be considered an endorsement or a recommendation. We cannot guarantee the accuracy or applicability of any information provided with respect to your individual or personal circumstances. Please seek Professional advice from a qualified professional before making any financial decisions. We link to various third-party websites, affiliate sales networks, and to our advertising partners websites. When you view or click on certain links available on our articles, our partners may compensate us for displaying the content to you or make a purchase or fill a form. This will not incur any additional charges to you. To make things simpler for you to identity or distinguish advertised or sponsored articles or links, you may consider all articles or links hosted on our site as a commercial article placement. We will not be responsible for any loss you may suffer as a result of any omission or inaccuracy on the website.
Home News Indonesian quake rattles residents but only one hurt and minor damage
News

Indonesian quake rattles residents but only one hurt and minor damage 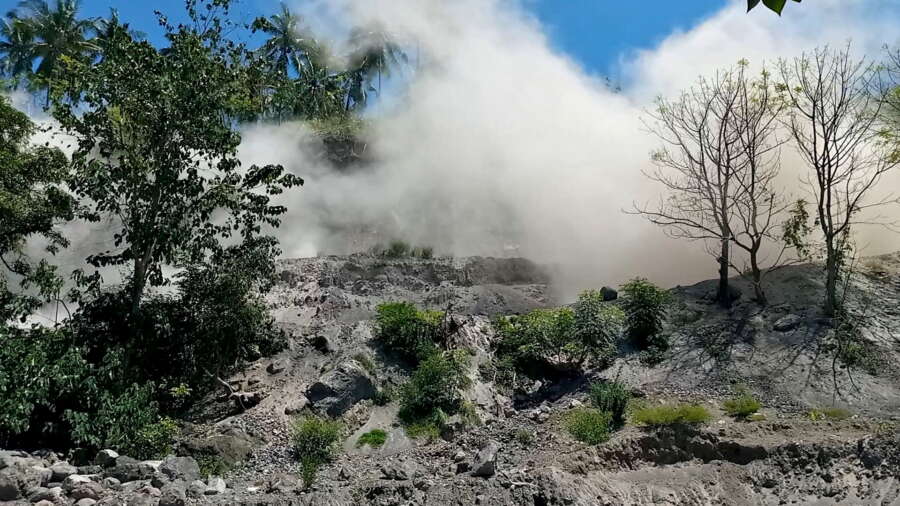 JAKARTA (Reuters) – A powerful 7.4-magnitude earthquake struck eastern Indonesia on Tuesday triggering a tsunami warning and sending residents fleeing from their homes but causing only minor damage and injuring one person, authorities said.

The tsunami warning was lifted about two hours after the quake struck at 0320 GMT in the Flores Sea, about 112 km (70 miles) northwest of the town of Larantuka, in the eastern part of Flores island.

“Everyone ran out into the street,” Agustinus Florianus, a resident of Maumere town on Flores, told Reuters. Maumere was badly damaged by a quake of a similar magnitude in 1992.

The U.S. Geological Survey said the quake, had a magnitude of 7.3. It struck at the shallow depth of 12 km.

“It felt like a wave, up and down,” Zacharias Gentana Keranz, a resident of Larantuka told Reuters.

The disaster mitigation agency said one person was injured in Manggarai, on Flores, and a school building and several homes were damaged on Selayar island, in South Sulawesi.

The quake, from an active fault in the Flores Sea, was followed by at least 15 aftershocks with the biggest registering magnitude 5.6, the meteorological agency said.

But the quake caused no significant increase in sea levels.

Indonesian earthquakes have triggered many deadly tsunamis, most notably in 2004 when a 9.1 magnitude quake off Sumatra island in the north produced tsunami waves that killed more than 230,000 people in Indonesia, Sri Lanka, India, Thailand and nine other countries.

The U.S-based Pacific Tsunami Warning Center had earlier warned that based on preliminary earthquake parameters, hazardous tsunami waves were possible for coasts located within 1,000 km (621.37 miles) of the earthquake’s epicentre.

Indonesia straddles the “Pacific Ring of Fire”, an area of high seismic activity that rests atop multiple tectonic plates.