Home Headlines Ireland dips into budget surplus to ease cost of living squeeze
Our website publishes news, press releases, opinion and advertorials on various financial organizations, products and services which are commissioned from various Companies, Organizations, PR agencies, Bloggers etc. These commissioned articles are commercial in nature. This is not to be considered as financial advice and should be considered only for information purposes. It does not reflect the views or opinion of our website and is not to be considered an endorsement or a recommendation. We cannot guarantee the accuracy or applicability of any information provided with respect to your individual or personal circumstances. Please seek Professional advice from a qualified professional before making any financial decisions. We link to various third-party websites, affiliate sales networks, and to our advertising partners websites. When you view or click on certain links available on our articles, our partners may compensate us for displaying the content to you or make a purchase or fill a form. This will not incur any additional charges to you. To make things simpler for you to identity or distinguish advertised or sponsored articles or links, you may consider all articles or links hosted on our site as a commercial article placement. We will not be responsible for any loss you may suffer as a result of any omission or inaccuracy on the website.
Headlines 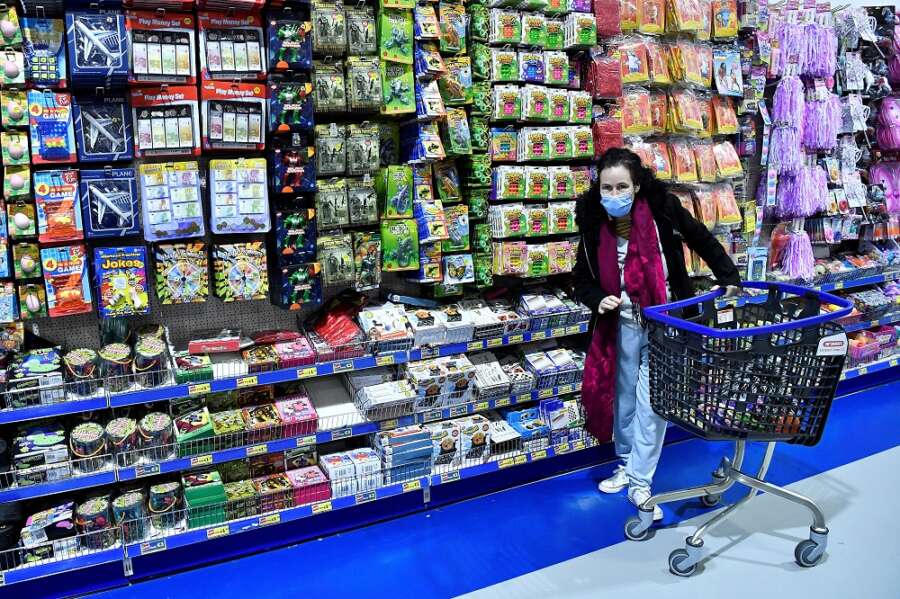 By Padraic Halpin and Conor Humphries

DUBLIN (Reuters) -Ireland dipped into one of Europe’s few budget surpluses to fund higher-than-usual spending hikes and tax cuts, ease energy costs for firms and consumers and set cash aside in a budget it said was in sharp contrast to neighbouring Britain’s economic plans.

Finance Minister Paschal Donohoe said Ireland would still be left with a surplus of 2.25% of national income next year even after delivering what ministers have dubbed two budgets in one – mixing 6.9 billion euros of permanent spending increases and tax cuts with 4.1 billion euros of one-off energy measures.

Conscious that the public finances would still be in deep deficit this year without surging corporate tax receipts paid by a small number of multinational firms, Donohoe said on Tuesday he would put 2 billion euros into a reserve fund this year and set aside another 4 billion euros next year.

“It is a major achievement for our country to be in a position to put additional resources aside in order to prepare for future challenges, and to run a surplus,” Donohoe told parliament.

“And let me be clear there are the major challenges which we know are coming, and which we know will be very costly for future generations.”

The finance ministry, central bank and fiscal watchdog had all urged the government to start setting some of the windfall corporate taxes aside.

Deputy Prime Minister Leo Varadkar had earlier said that the budget was in contrast to the economic plan outlined by Britain last week that sent shockwaves through financial markets due to the level of borrowing required.

Ireland’s plans were being self-financed “because we have a strong economy,” he told reporters.

In May, the European Commission forecast that Denmark would be the only country in the EU to deliver a surplus this year with Sweden, Ireland and Luxembourg joining them in 2023.

Ireland’s forecasts on Tuesday included a surplus of just under 0.5% of national income for 2022.

The finance ministry nevertheless slashed its forecast for modified domestic demand – its preferred measure of economic activity – to 1.25% for 2023 from 3.9% previously.

That was mainly because it now sees inflation averaging 8.5% this year versus 6.2% previously, and just over 7% in 2023 compared to the 3% expected five months ago.

To help ease the impact of inflation that is running at nearly a 40-year high, the budget included permanent hikes to social welfare rates, cuts in childcare, university and school costs, as well as a previously agreed public sector pay deal.

The amount of money people can earn tax-free before hitting the higher rate of income tax was also increased.

Every household will receive 600 euros off their next three energy bills, with most small- and medium-sized firms eligible for 10,000 euros a month towards their energy costs in the coming months. Allowances aimed at protecting people against fuel poverty were also among the one-off measures.