Our website publishes news, press releases, opinion and advertorials on various financial organizations, products and services which are commissioned from various Companies, Organizations, PR agencies, Bloggers etc. These commissioned articles are commercial in nature. This is not to be considered as financial advice and should be considered only for information purposes. It does not reflect the views or opinion of our website and is not to be considered an endorsement or a recommendation. We cannot guarantee the accuracy or applicability of any information provided with respect to your individual or personal circumstances. Please seek Professional advice from a qualified professional before making any financial decisions. We link to various third-party websites, affiliate sales networks, and to our advertising partners websites. When you view or click on certain links available on our articles, our partners may compensate us for displaying the content to you or make a purchase or fill a form. This will not incur any additional charges to you. To make things simpler for you to identity or distinguish advertised or sponsored articles or links, you may consider all articles or links hosted on our site as a commercial article placement. We will not be responsible for any loss you may suffer as a result of any omission or inaccuracy on the website.
Home Technology IT Bloatware: The New Digital Elephant In The Room

IT Bloatware: The New Digital Elephant In The Room 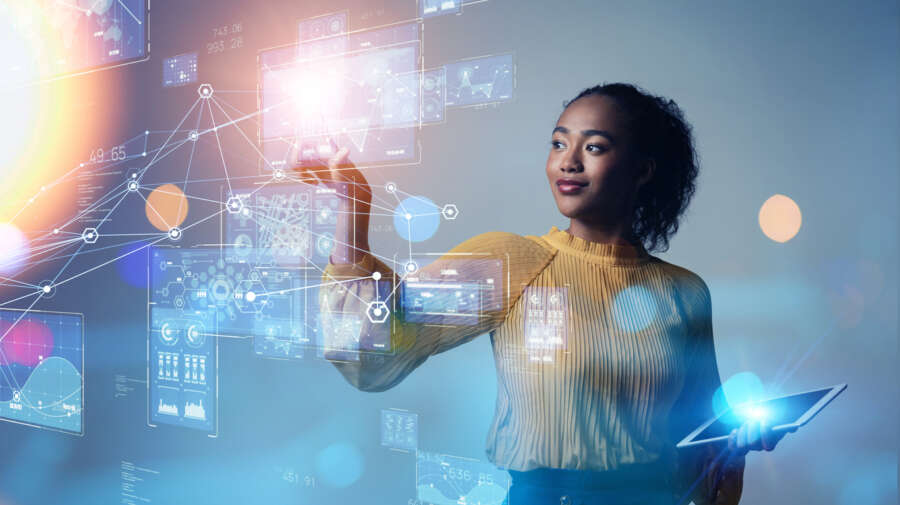 By Simon Johnson, General Manager for UK and Ireland at Freshworks

Simplicity and clarity pave the way for success in just about every area of our daily lives with one major exception – our workplace software. Ironically, if you’re an IT professional, you’re most likely experiencing the full force of this frustration first-hand. Legacy SaaS software in particular has become bloated with unused and unnecessary add-ons and features to the point that it’s now backfiring. Bloatware has become the new digital elephant in the room – and an expensive one at that.

A new global study by Freshworks, State of Workplace Technology: Bloatware – the difference between love and hate for workplace tech, which surveyed more than 2,000 IT professionals across North America, Europe and Asia Pacific, found a whopping 60% of IT professionals hate their workplace software. It’s not just an issue that’s painful on the user side for IT employee experience, it’s also starting to bite at the bottom line for employers. The research shows cost implications stemming from IT bloatware are now spiraling and much bigger than many organizations realize.

Global IT software professionals spend nearly a full workday every week (7 hours, 19 minutes on average in the US, and 6 hours, 36 minutes on average in Europe) dealing with overly complicated SaaS add-ons and features that hinder productivity and trigger frustration. In the US alone, the cost of trying to use over-complicated tech equates to more than $84 billion annually. The study revealed that 89% of global IT professionals waste time each week due to widely pervasive bloated technology, distracting them from core tasks and eroding the bottom line. That’s a phenomenal and very preventable waste of time and money.

On average, IT professionals have fourteen different applications available for use on their work computer but only actively use half of them. The remaining half are a distraction, lowering overall system performance.

In fact, more than half of IT professionals (54%) say their organization pays for SaaS features that IT teams never use, while 40% say too much of their tech stack is hard to use. Likewise, 45% say their employers spend too much on their tech stack and more than a third (34%) believe their company doesn’t know how to stop paying for unnecessary services. These are staggeringly poor numbers for an underperforming IT status quo where nobody wins.

The big backfire of legacy SaaS is that twenty years ago, the cloud made business software easier, faster and cheaper than its on-premise predecessors. However, it’s almost become a victim of its own success by overextending functionality in an effort to tick every box on a CIO’s list. Users are bogged down, and many hate the software they’re asked to use all day. While legacy SaaS vendors were innovative for their time, most have become overly complex monoliths that are now bloated, expensive, siloed, slow, and, quite frankly, a struggle.

Today’s user expectations have not only changed, but outpaced what legacy can provide. However, this is much more than just a legacy issue, it’s an industry mindset problem. Most software vendors believe more is better, hence the cycle of thinking they must bulk up what the customer originally purchased with every new update. More does not necessarily become better when it comes to tech. Sometimes, more add-ons, bells and whistles are just noise in the way and become a major source of stress. The era of complexity has backfired and is bogging down businesses’ ability to deliver.

Successful IT departments go hand-in-hand with successful businesses. As software packages increase in complexity, user satisfaction decreases — and so does the time/cost benefit to companies. IT teams want software that’s easy, fast and just works.

This is an easy fix. In short, IT professionals want simplicity. The study found nearly two-thirds (63%) of IT professionals would prefer a single software solution for IT service management, as opposed the current common landscape of multiple apps. And almost every IT professional (94%) says their company would benefit from simpler software.

It’s time for the C-suite to re-examine their respective tech stacks and prioritize solutions that not only deliver maximum productivity but are also designed with the IT department in mind. The overwhelming desire from IT professionals for simple, clean, easy to use software for IT service management is a powerful and under monetized secret weapon to boost productivity and morale and eradicate significant hidden costs.

Investors go back to basics with simpler self-driving vehicles

Who Foots the Bill?

How to level up your technology vendor management strategy