Home Headlines Italy’s De Nora teams up with GES on hydrogen battery project
Our website publishes news, press releases, opinion and advertorials on various financial organizations, products and services which are commissioned from various Companies, Organizations, PR agencies, Bloggers etc. These commissioned articles are commercial in nature. This is not to be considered as financial advice and should be considered only for information purposes. It does not reflect the views or opinion of our website and is not to be considered an endorsement or a recommendation. We cannot guarantee the accuracy or applicability of any information provided with respect to your individual or personal circumstances. Please seek Professional advice from a qualified professional before making any financial decisions. We link to various third-party websites, affiliate sales networks, and to our advertising partners websites. When you view or click on certain links available on our articles, our partners may compensate us for displaying the content to you or make a purchase or fill a form. This will not incur any additional charges to you. To make things simpler for you to identity or distinguish advertised or sponsored articles or links, you may consider all articles or links hosted on our site as a commercial article placement. We will not be responsible for any loss you may suffer as a result of any omission or inaccuracy on the website.
Headlines 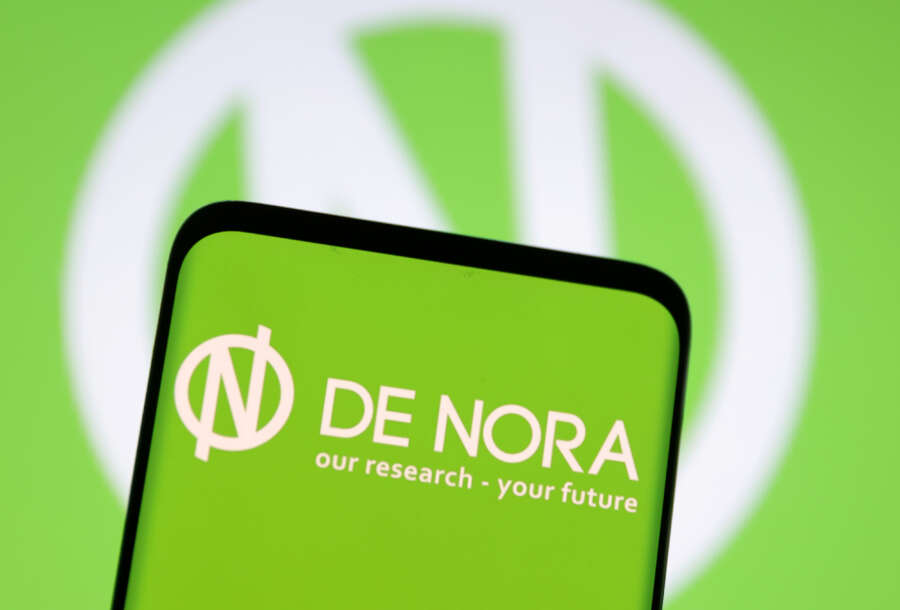 The companies said they will build a platform to test, develop and optimise the battery, which is in a pre-industrialised stage.

The partnership will focus on, among other things, making the battery more powerful, long-lasting and environmentally-friendly, and on speeding up its pre-commercial validation.

De Nora is newly-listed and began trading on the Milan bourse on June 30.

Founded in 1923, the group is a leading manufacturer of electrodes for devices such as rechargeable batteries and also makes systems for water filtration and wastewater treatment as well as components to produce green hydrogen.

It said it has been granted 53 million euros ($53 million) by the European Union and the Italian government for research and development in the batteries sector.