Home Headlines J&J pulls COVID vaccine sales forecast due to low demand, supply glut
Our website publishes news, press releases, opinion and advertorials on various financial organizations, products and services which are commissioned from various Companies, Organizations, PR agencies, Bloggers etc. These commissioned articles are commercial in nature. This is not to be considered as financial advice and should be considered only for information purposes. It does not reflect the views or opinion of our website and is not to be considered an endorsement or a recommendation. We cannot guarantee the accuracy or applicability of any information provided with respect to your individual or personal circumstances. Please seek Professional advice from a qualified professional before making any financial decisions. We link to various third-party websites, affiliate sales networks, and to our advertising partners websites. When you view or click on certain links available on our articles, our partners may compensate us for displaying the content to you or make a purchase or fill a form. This will not incur any additional charges to you. To make things simpler for you to identity or distinguish advertised or sponsored articles or links, you may consider all articles or links hosted on our site as a commercial article placement. We will not be responsible for any loss you may suffer as a result of any omission or inaccuracy on the website.
Headlines 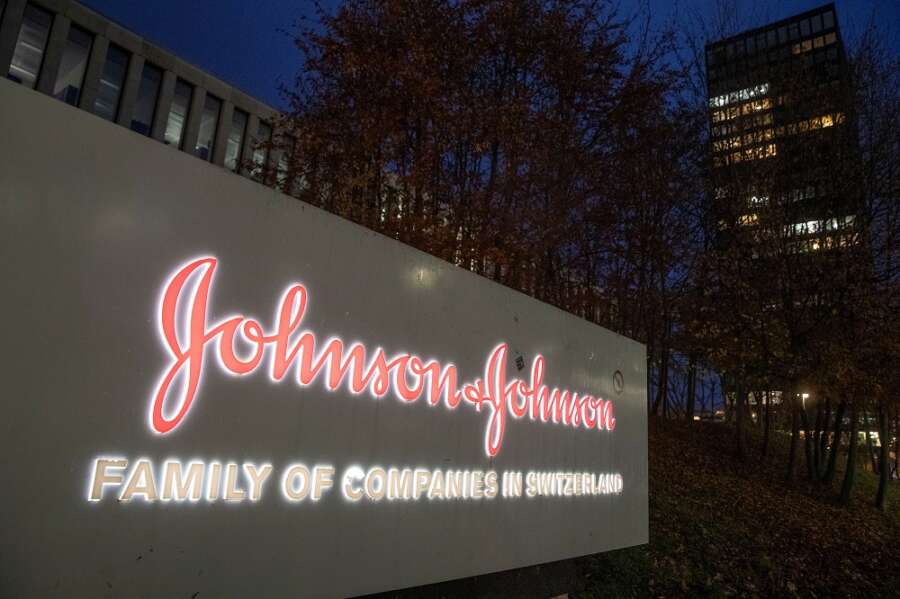 By Manas Mishra and Michael Erman

(Reuters) -Johnson & Johnson on Tuesday rescinded its forecast for sales of its COVID-19 vaccine, as hesitancy in low income countries has led to a glut of supply of a shot once hoped to be the inoculation of choice for the developing world.

The company had previously predicted as much as $3.5 billion in 2022 sales from the single-dose vaccine, but demand has withered.

Still, the company reported strong results for its medical devices business and raised its dividend, driving shares up around 3%.

Use of the shot has been weak in high-income countries, hurt by reports of rare, potentially deadly blood clots, production issues, including an accidental mix-up of ingredients by a contract manufacturer, and concerns about efficacy.

J&J’s COVID vaccine accounts for about 3% of all doses administered in the United States, and roughly 2% of doses in Europe.

Because of the soft demand from Europe and the United States, much of the company’s supply has been shipped to lower income countries. As a one-shot vaccine that can be refrigerated for months, many hoped uptake would be better, but executives said it has encountered the same vaccine hesitancy as other manufacturers.

“Governments want to act, and what they’re seeing is their populations are just a little bit more reticent than what we see in the U.S. or the G5 with respect to accepting a vaccine,” J&J Chief Financial Officer Joseph Wolk said in an interview.

Wolk noted that infrastructure, including refrigeration, has also been a hurdle for getting shots in arms in developing countries.

The World Health Organization has said poorer countries have asked for insufficient doses to meet its goal of vaccinating at least 70% of their populations by the middle of the year.

The vaccine, which is sold at a not-for-profit price, brought in $457 million in the first quarter. J&J recorded vaccine sales of $2.39 billion last year.

J&J also cut both ends of its full-year profit forecast by 25 cents and now expects to earn $10.15 to $10.35 per share. But it blamed the move on currency fluctuations rather than fundamental business issues and raised its dividend 6.6%.

“With the guidance cut driven exclusively by currency, I think shares are reacting to the forward looking comments,” said Edward Jones analyst Ashtyn Evans. “J&J discussed accelerating growth in medical technology through acquisitions and also the belief that supply chain issues will improve in the second half of the year.”

Other analysts said J&J remains a safe bet within the healthcare sector and that raising the dividend provided predictable income for investors despite vaccine sales woes.

J&J said its medical devices unit should recover this year after pandemic delays in non-urgent surgeries, and it expects above-market growth in its large pharmaceuticals business in 2022, despite falling short of Wall Street estimates in the first quarter.

The company reported pharmaceutical sales of $12.87 billion, well shy of forecasts for $13.6 billion, due in part to low vaccine sales.

Excluding items, J&J earned $2.67 per share for the quarter, beating analysts’ expectations by 11 cents, according to Refinitiv.