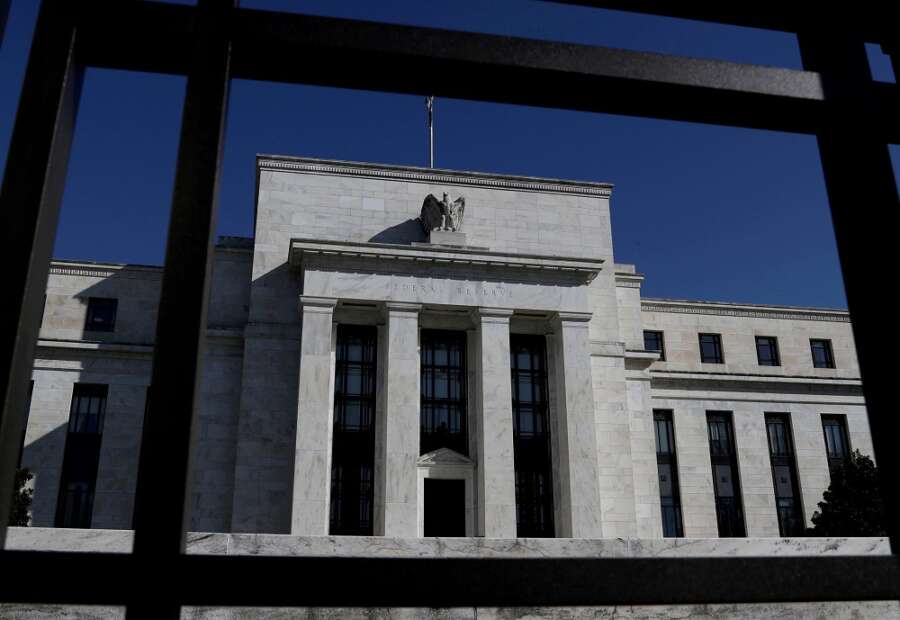 By Lindsay Dunsmuir and Ann Saphir

WASHINGTON (Reuters) – Federal Reserve Vice Chair Richard Clarida, a key architect of the U.S. central bank’s new policy strategy, said on Wednesday an interest rate hike was likely in 2023 given the surprising pace of the economic recovery from the coronavirus pandemic.

He was joined by two other policymakers in signaling a desire to move soon to start reducing the Fed’s massive bond-buying program as well, though one of them – Dallas Fed President Robert Kaplan – was clear he viewed an earlier taper of the central bank’s $120 billion in monthly asset purchases to be a precursor not of faster rate hikes but of a more “patient approach” to raising borrowing costs.

Taken together, the remarks opened the door to the prospect of the Fed taking a quicker path toward reducing its support for the economy than had been anticipated. They also highlighted the intensity of the talks within the central bank over how and when to do so, a debate likely to reach a crescendo in coming weeks as more economic data rolls in.

The economy, recovering from the punishing blow of the pandemic, is supporting 6.8 million fewer jobs than it did before the crisis hit, but inflation is running well above the Fed’s 2% target.

While the jobs gap suggests to some Fed policymakers that it is too soon to dial down monetary policy support, the high inflation readings are giving others pause.

Fed Chair Jerome Powell said last week that the central bank was “clearly a ways away” from considering rate hikes, even as he acknowledged policymakers are monitoring inflation carefully to make sure the current overshoot is not persistent.

Clarida, Powell’s second-in-command, offered on Wednesday a more bullish view on when the Fed will hit its maximum employment and flexible 2% inflation targets, even as he vouched for Powell’s expectation that the Delta variant of COVID-19 would not blow the economy off course.

“I believe that these … necessary conditions for raising the target range for the federal funds rate will have been met by year-end 2022,” Clarida said in a webcast discussion hosted by the Peterson Institute for International Economics. “Commencing policy normalization in 2023 would, under these conditions, be entirely consistent with our new flexible average inflation targeting framework.”

The central bank has kept the federal funds rate – its benchmark overnight interest rate – near zero since lowering it to that level last year to shelter the economy from the pandemic’s fallout.

Clarida’s comments – his first in nearly two months – came just days after Fed Governor Christopher Waller signaled that the Fed ought to begin paring its bond-buying by October, and Fed Governor Lael Brainard said she would want to have more data in hand before making any such decision.

For his part, Powell said last week that the labor market was “some way away” from meeting the Fed’s bar for tapering its purchases of Treasuries and mortgage-backed securities (MBS).

The central bank has been buying $80 billion of Treasuries and $40 billion of MBS each month since the onset of the pandemic to place downward pressure on borrowing costs in order to try and speed the economic recovery.

Clarida said he could “certainly” see an announcement on a taper “later this year.”

Earlier on Wednesday, St. Louis Fed President James Bullard added to the drumbeat for a quicker reduction of the bond-buying, repeating that he is in favor of such a move because it would allow the Fed to raise rates next year if needed. Bullard, in an online interview with the Washington Post, said he expected the economy would return to pre-pandemic employment levels by next summer.

“So you’d be sitting here next summer, with inflation well above target and jobs on the way back to pre-pandemic levels,” Bullard said. “That sounds to me like that’s something we should be prepared for.”

Kaplan, in an interview with Reuters on Wednesday, endorsed the view that the asset-purchase taper should start “soon,” but differed from Bullard – and from Waller – in wanting to pare the pace of purchases gradually, and in not believing that such a move would start the clock on higher rates.

“My comments on purchases are not intended to suggest I want to take more aggressive action on the Fed funds rate,” he said.

An imminent taper is not, however, a done deal. Powell sees “some ground to cover” before it will be time to do so, and Brainard on Friday said she favors having September jobs data in hand before making a decision, a timeline that points to a November taper announcement at the earliest.

The U.S. Labor Department is scheduled to release its July employment report on Friday.

Clarida said he expects some “pretty healthy” U.S. job gains this fall as factors holding back labor supply dissipate. He also said he still expects current high inflation readings to come back down, but that if the Fed’s preferred inflation gauge comes in above 3% this year, as he forecasts, he would consider that more than a moderate overshoot.

“I believe that the risks to my outlook for inflation are to the upside,” Clarida said. Policymakers should look at the Fed’s two goals – full employment and inflation – “in tandem,” he said.

Dollar rebound holds as yields steady ahead of jobs data