Home Headlines ‘Living with COVID’: Where the pandemic could go next
Our website publishes news, press releases, opinion and advertorials on various financial organizations, products and services which are commissioned from various Companies, Organizations, PR agencies, Bloggers etc. These commissioned articles are commercial in nature. This is not to be considered as financial advice and should be considered only for information purposes. It does not reflect the views or opinion of our website and is not to be considered an endorsement or a recommendation. We cannot guarantee the accuracy or applicability of any information provided with respect to your individual or personal circumstances. Please seek Professional advice from a qualified professional before making any financial decisions. We link to various third-party websites, affiliate sales networks, and to our advertising partners websites. When you view or click on certain links available on our articles, our partners may compensate us for displaying the content to you or make a purchase or fill a form. This will not incur any additional charges to you. To make things simpler for you to identity or distinguish advertised or sponsored articles or links, you may consider all articles or links hosted on our site as a commercial article placement. We will not be responsible for any loss you may suffer as a result of any omission or inaccuracy on the website.
Headlines

‘Living with COVID’: Where the pandemic could go next 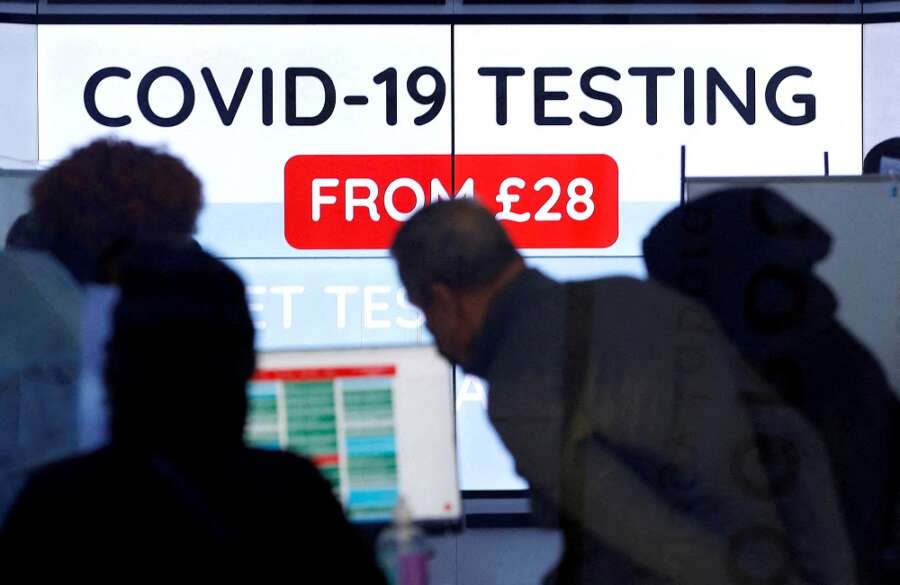 By Jennifer Rigby and Julie Steenhuysen

LONDON/CHICAGO (Reuters) – As the third winter of the coronavirus pandemic looms in the northern hemisphere, scientists are warning weary governments and populations alike to brace for more waves of COVID-19.

In the United States alone, there could be up to a million infections a day this winter, Chris Murray, head of the Institute of Health Metrics and Evaluation (IHME), an independent modeling group at the University of Washington that has been tracking the pandemic, told Reuters. That would be around double the current daily tally.

Across the United Kingdom and Europe, scientists predict a series of COVID waves, as people spend more time indoors during the colder months, this time with nearly no masking or social distancing restrictions in place.

However, while cases may surge again in the coming months, deaths and hospitalizations are unlikely to rise with the same intensity, the experts said, helped by vaccination and booster drives, previous infection, milder variants and the availability of highly effective COVID treatments.

“The people who are at greatest risk are those who have never seen the virus, and there’s almost nobody left,” said Murray.

These forecasts raise new questions about when countries will move out of the COVID emergency phase and into a state of endemic disease, where communities with high vaccination rates see smaller outbreaks, possibly on a seasonal basis.

Many experts had predicted that transition would begin in early 2022, but the arrival of the highly mutated Omicron variant of coronavirus disrupted those expectations.

“We need to set aside the idea of ‘is the pandemic over?'” said Adam Kucharski, an epidemiologist at the London School of Hygiene and Tropical Medicine. He and others see COVID morphing into an endemic threat that still causes a high burden of disease.

“Someone once told me the definition of endemicity is that life just gets a bit worse,” he added.

If that variant also causes more severe disease and is better able to evade prior immunity, that would be the “worst-case scenario,” according to a recent World Health Organization (WHO) Europe report.

“All scenarios (with new variants) indicate the potential for a large future wave at a level that is as bad or worse than the 2020/2021 epidemic waves,” said the report, based on a model from Imperial College of London.

Many of the disease experts interviewed by Reuters said that making forecasts for COVID has become much harder, as many people rely on rapid at-home tests that are not reported to government health officials, obscuring infection rates.

BA.5, the Omicron subvariant that is currently causing infections to peak in many regions, is extremely transmissible, meaning that many patients hospitalized for other illnesses may test positive for it and be counted among severe cases, even if COVID-19 is not the source of their distress.

Scientists said other unknowns complicating their forecasts include whether a combination of vaccination and COVID infection – so-called hybrid immunity – is providing greater protection for people, as well as how effective booster campaigns may be.

“Anyone who says they can predict the future of this pandemic is either overconfident or lying,” said David Dowdy, an infectious disease epidemiologist at Johns Hopkins Bloomberg School of Public Health.

Experts also are closely watching developments in Australia, where a resurgent flu season combined with COVID is overwhelming hospitals. They say it is possible that Western nations could see a similar pattern after several quiet flu seasons.

“If it happens there, it can happen here. Let’s prepare for a proper flu season,” said John McCauley, director of the Worldwide Influenza Centre at the Francis Crick Institute in London.

The WHO has said each country still needs to approach new waves with all the tools in the pandemic armory – from vaccinations to interventions, such as testing and social distancing or masking.

Israel’s government recently halted routine COVID testing of travelers at its international airport, but is ready to resume the practice “within days” if faced with a major surge, said Sharon Alroy-Preis, head of the country’s public health service.

“When there is a wave of infections, we need to put masks on, we need to test ourselves,” she said. “That’s living with COVID.”