Home Headlines London set for hosepipe ban from Aug. 24 – water company
Our website publishes news, press releases, opinion and advertorials on various financial organizations, products and services which are commissioned from various Companies, Organizations, PR agencies, Bloggers etc. These commissioned articles are commercial in nature. This is not to be considered as financial advice and should be considered only for information purposes. It does not reflect the views or opinion of our website and is not to be considered an endorsement or a recommendation. We cannot guarantee the accuracy or applicability of any information provided with respect to your individual or personal circumstances. Please seek Professional advice from a qualified professional before making any financial decisions. We link to various third-party websites, affiliate sales networks, and to our advertising partners websites. When you view or click on certain links available on our articles, our partners may compensate us for displaying the content to you or make a purchase or fill a form. This will not incur any additional charges to you. To make things simpler for you to identity or distinguish advertised or sponsored articles or links, you may consider all articles or links hosted on our site as a commercial article placement. We will not be responsible for any loss you may suffer as a result of any omission or inaccuracy on the website.
Headlines 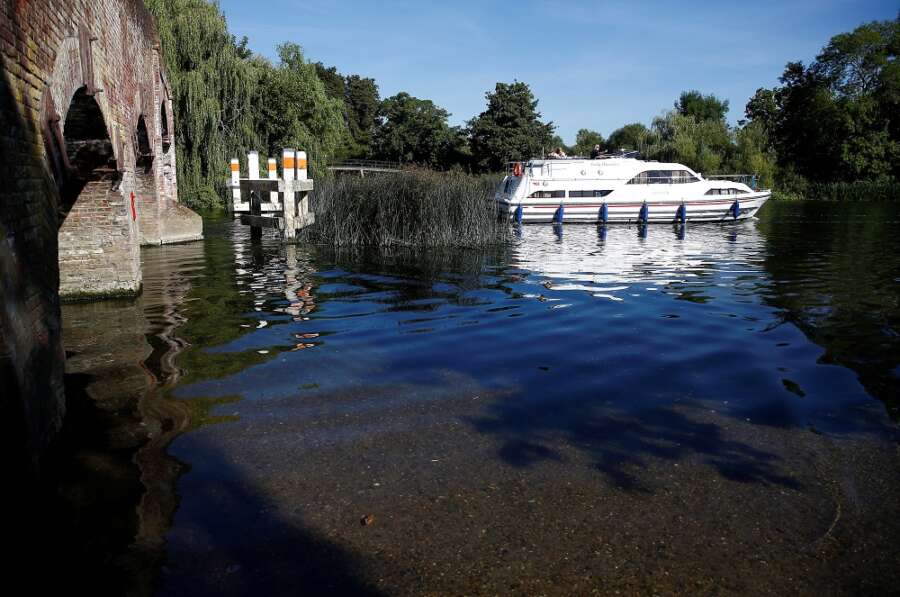 LONDON (Reuters) – Thames Water, which serves customers in and around the British capital London, said on Wednesday it was banning customers from using a hosepipe from Aug. 24, citing prolonged dry weather.

Britain officially declared a drought in parts of England on Friday following England’s driest July in nearly 90 years, a month in which temperatures crossed 40 Celsius (104 Fahrenheit) for the first time.

“With low rainfall forecast for the coming months, we now need to take the next step in our drought plan,” the company said in a statement on its website.

“Everything we do now will help protect supplies next summer and help the environment.”

Thames Water is the latest of several firms in England to introduce such a ban, which includes preventing customers from using a hose to water their garden, wash their cars or fill up a paddling pool.