Our website publishes news, press releases, opinion and advertorials on various financial organizations, products and services which are commissioned from various Companies, Organizations, PR agencies, Bloggers etc. These commissioned articles are commercial in nature. This is not to be considered as financial advice and should be considered only for information purposes. It does not reflect the views or opinion of our website and is not to be considered an endorsement or a recommendation. We cannot guarantee the accuracy or applicability of any information provided with respect to your individual or personal circumstances. Please seek Professional advice from a qualified professional before making any financial decisions. We link to various third-party websites, affiliate sales networks, and to our advertising partners websites. When you view or click on certain links available on our articles, our partners may compensate us for displaying the content to you or make a purchase or fill a form. This will not incur any additional charges to you. To make things simpler for you to identity or distinguish advertised or sponsored articles or links, you may consider all articles or links hosted on our site as a commercial article placement. We will not be responsible for any loss you may suffer as a result of any omission or inaccuracy on the website.
Home Headlines Mickey Mouse, Spider-Man, Super Mario added to Russia’s parallel imports scheme 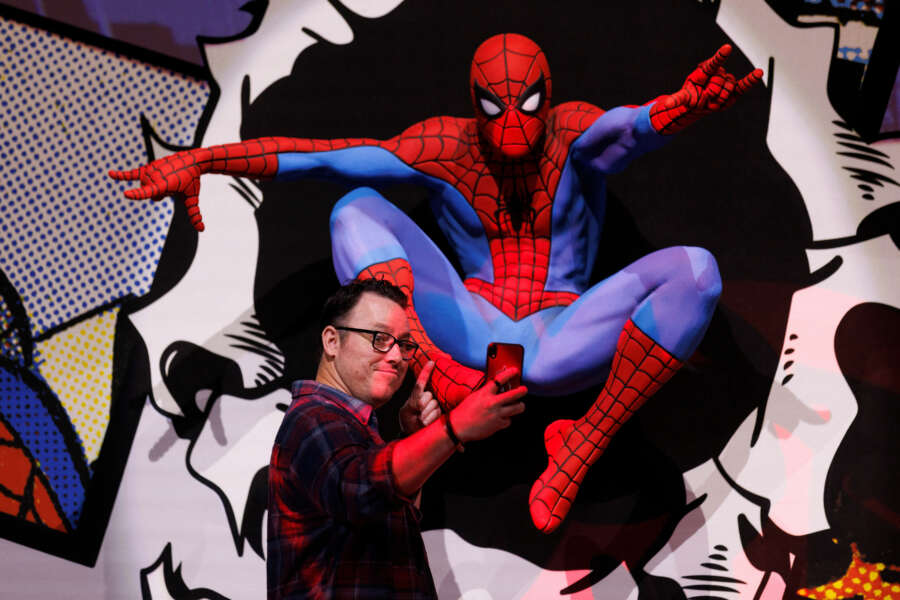 (Reuters) – Moscow on Wednesday added Walt Disney, Marvel and DC Comics to a list of brands that can be imported without permission, ensuring sanctions will not hit Russians’ ability to snap up authentic Mickey Mouse and Spider-Man memorabilia.

In response to tough punitive measures imposed after the Ukraine invasion, Russia has been pushing a so-called “parallel imports” scheme, which allows importers to bring goods into the country with the trademark owner’s permission or knowledge.

The initiative was designed to help Russian consumers maintain access to a host of foreign products.

Russia’s trade and industry ministry said on Wednesday it was adding a host of new brands to the list. They include DC Comics, Disney, Marvel, Lego, Transformers and the Mickey Mouse, Minnie Mouse, Donald Duck, Spider-Man and Super Mario brands, but does not cover movies.

The ministry also added around 35 brands of alcohol to the list. These include Jack Daniel’s, made by Brown-Forman Corp, Pernod Ricard SA’s Malibu as well as the Bell’s and Johnnie Walker whiskies, which are both owned by Diageo PLC.

More than 1.6 million tons of goods worth a combined $12.6 billion have been imported into Russia since the scheme was launched in May, the head of the federal customs service told TASS news agency in October.

Moscow says the scheme is not about allowing counterfeit goods into the country, but letting retailers import legitimate products through third countries like China, Kazakhstan and Turkey, instead of directly from the manufacturer.

Walt Disney suspended operations in Russia, including the release of new Marvel films, in March as it condemned Russia’s “unprovoked invasion” and “unrelenting assault on Ukraine.”