Home Headlines Monkeypox emergency could last months, with window closing to stop spread, experts say
Our website publishes news, press releases, opinion and advertorials on various financial organizations, products and services which are commissioned from various Companies, Organizations, PR agencies, Bloggers etc. These commissioned articles are commercial in nature. This is not to be considered as financial advice and should be considered only for information purposes. It does not reflect the views or opinion of our website and is not to be considered an endorsement or a recommendation. We cannot guarantee the accuracy or applicability of any information provided with respect to your individual or personal circumstances. Please seek Professional advice from a qualified professional before making any financial decisions. We link to various third-party websites, affiliate sales networks, and to our advertising partners websites. When you view or click on certain links available on our articles, our partners may compensate us for displaying the content to you or make a purchase or fill a form. This will not incur any additional charges to you. To make things simpler for you to identity or distinguish advertised or sponsored articles or links, you may consider all articles or links hosted on our site as a commercial article placement. We will not be responsible for any loss you may suffer as a result of any omission or inaccuracy on the website.
Headlines 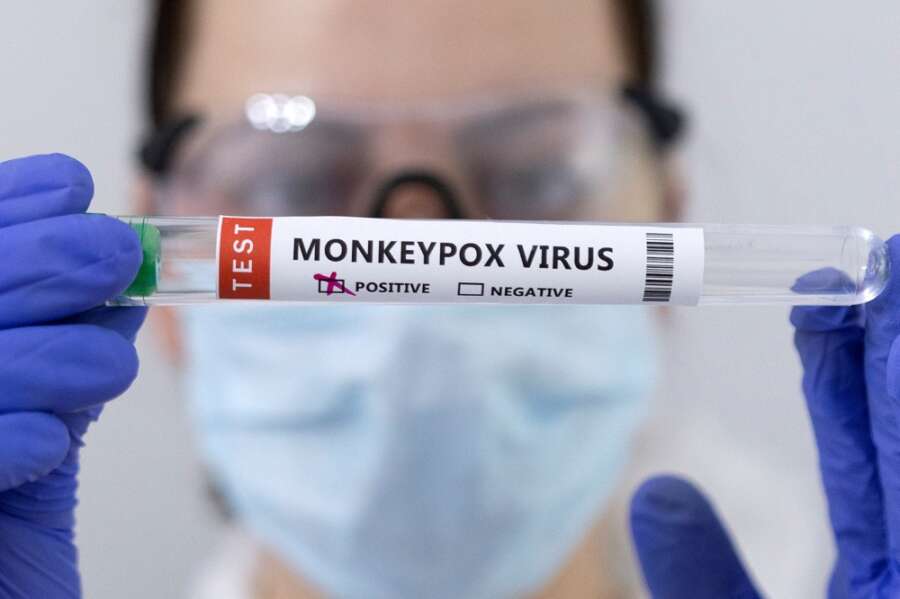 LONDON (Reuters) -Scientists advising the World Health Organization (WHO) on monkeypox say the window is closing to stop its spread, with cases currently doubling every two weeks, raising concerns that it will take several months for the outbreak to peak.

Making predictions beyond that are complex, scientists around the world told Reuters, but there is likely to be sustained transmission for several months and possibly longer, they said.

“We have to get in front of this,” said Anne Rimoin, an epidemiology professor at the University of California, Los Angeles.

“It’s clear the window of opportunity for doing so is closing,” added Rimoin, a member of the WHO expert committee on monkeypox that met last week to determine whether the outbreak constituted a global health emergency.

A majority of committee members voted against the move and, in an unprecedented step, WHO Director-General Dr Tedros Adhanom Ghebreyesus declared an emergency anyway.

Action stemming from that declaration needs to be urgent, including increased vaccination, testing, isolation for those infected and contact tracing, global health experts said.

“Transmission is clearly unchecked,” said Antoine Flahault, director of the Institute of Global Health at the University of Geneva, who chairs the WHO Europe advisory group.Jimmy Whitworth, a professor at the London School of Hygiene and Tropical Medicine, said he expected that cases would not plateau for at least the next four-to-six months, or until the those at highest risk of infection have been either vaccinated or infected. Sexual health organizations recently estimated that could be around 125,000 people in the UK.

Monkeypox has been a globally neglected public health problem in parts of Africa for decades, but cases began to be reported outside countries where it is endemic in May.

It generally causes mild to moderate symptoms, including fever, fatigue and the hallmark painful skin lesions, that resolve within a few weeks. Five people have died in the current outbreak, all of them in Africa.

Beyond Africa, monkeypox is spreading chiefly in men who have sex with men, putting sexual health clinics on alert for new cases. [L1N2Z60JR]

“I remember clearly … saying that ‘I think I’m going to die,’ because I can’t eat, I can’t drink. I can’t even swallow my own spit,” said Harun Tulunay, 35, a sexual health advocate who was hospitalized with monkeypox in London earlier this month but has since recovered.

While monkeypox is not causing large numbers of deaths globally, an unpleasant virus establishing itself in new populations is still bad news, scientists said.

Flahault’s group has modeled three scenarios for the coming months, all of which include “sustained transmission,” either between men who have sex with men; beyond these groups and possibly into more vulnerable populations, like children, or between humans and animals.

The latter scenario risks the establishment of a monkeypox reservoir in animals in new countries, as it has in parts of west and central Africa, said Flahault.

Ongoing transmission could also lead to mutations that make the virus more efficient at spreading in humans, scientists said.

On Tuesday, German scientists released a study https://www.biorxiv.org/content/10.1101/2022.07.23.501239v1.full.pdf ahead of peer review that found mutations in one of the 47 cases they sequenced that could help monkeypox spread in people more easily.

“The alarm bell was going off (in Africa) but we kept hitting the snooze button. Now it’s time to wake up and do something about it,” Rimoin said. “An infection anywhere is potentially an infection everywhere.”

Global growth headed down as inflation surge to endure