Home Headlines Musk’s Twitter deal could test Tesla executive bench
Our website publishes news, press releases, opinion and advertorials on various financial organizations, products and services which are commissioned from various Companies, Organizations, PR agencies, Bloggers etc. These commissioned articles are commercial in nature. This is not to be considered as financial advice and should be considered only for information purposes. It does not reflect the views or opinion of our website and is not to be considered an endorsement or a recommendation. We cannot guarantee the accuracy or applicability of any information provided with respect to your individual or personal circumstances. Please seek Professional advice from a qualified professional before making any financial decisions. We link to various third-party websites, affiliate sales networks, and to our advertising partners websites. When you view or click on certain links available on our articles, our partners may compensate us for displaying the content to you or make a purchase or fill a form. This will not incur any additional charges to you. To make things simpler for you to identity or distinguish advertised or sponsored articles or links, you may consider all articles or links hosted on our site as a commercial article placement. We will not be responsible for any loss you may suffer as a result of any omission or inaccuracy on the website.
Headlines 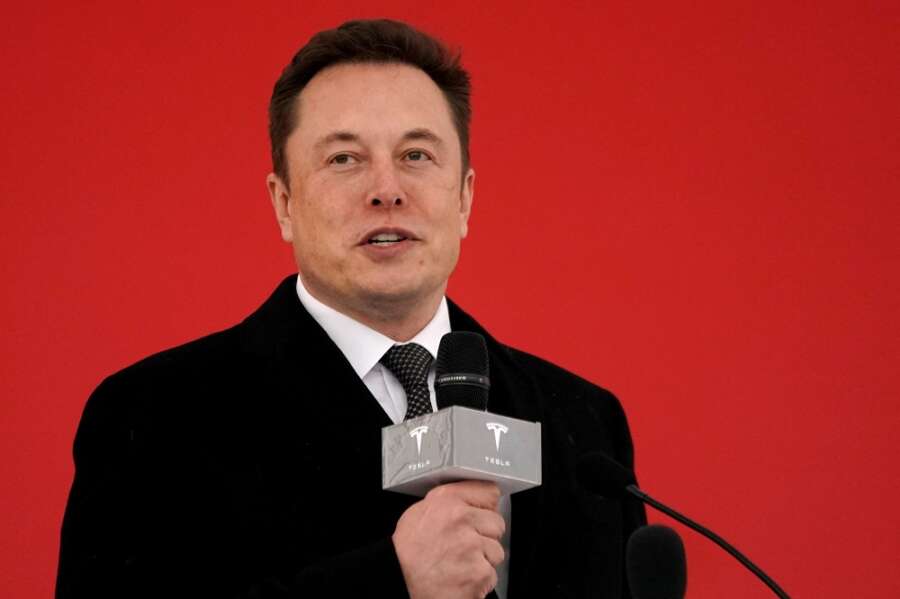 SAN FRANCISCO (Reuters) -Elon Musk’s move to buy Twitter for $44 billion has raised concerns about the depth of executive talent at his more valuable company, electric carmaker Tesla Inc, in case his attention is further divided by the social media platform.

In announcing the deal on Monday, Musk called Twitter the world’s “digital town square” and talked about protecting free speech, but he also rekindled fears that a man who once acknowledged sleeping on the factory floor during the launch of the Model 3 sedan and last year talked of working “crazy hours” only has so much energy to spare.

“Tesla feels very much like a startup despite it being a trillion dollar company,” said Tesla investor Ross Gerber, chief executive of wealth management firm Gerber Kawasaki. “It’s as big or bigger than the biggest companies in the world, but it doesn’t have the management infrastructure like other companies.”

On top of that, Tesla is racing to boost production at new plants in Texas and Berlin amid supply-chain snarls and higher raw materials costs, as well as get work at its biggest factory in Shanghai back on track during a spike in COVID-19 cases there. Musk said in January Tesla had too much on its plate and would not introduce new models like Cybertruck this year.

Tesla has managed to outrace its problems, but a heavier pull of his focus by Twitter worries investors.

“I fear this is going to be a distraction,” said one fund manager with a significant position in Tesla who asked not to be identified. “He’s juggling supply chains and factory delays and the expansion of the energy storage business and this doesn’t fit at all.”

Shares of Tesla skidded over 10% on Tuesday, a day after Musk clinched a deal to buy Twitter.

Tesla shares have slid about 18% since Musk first disclosed his over 9% stake in Twitter on April 4.

Tesla could not be reached for comment, but one insider at the company who asked not to be identified said investor concerns were “overdone” and Musk was still heavily engaged at the automaker.

Tesla has seen executive turnover before with the departure of co-founder JB Straubel in 2019 and president Jerome Guillen last year.

Tesla, founded in 2003, has grown into the most valuable automaker but there are only two executives listed along with Musk in its leadership team on the company website, compared with 17 at General Motors and 11 at Volkswagen.

Robert Pavlik, senior portfolio manager at Dakota Wealth in Fairfield, Connecticut, that owns a limited number of Tesla shares in accounts he manages, wondered whether Musk would simply install someone else to lead Twitter.

Gerber said perhaps Musk needs a strong No. 2 executive like he has at SpaceX with President Gwynne Shotwell.

Ian Beavis, chief strategy officer at auto consultancy AMCI, worries Musk’s purchase of Twitter, with its controversies around political and social issues, could even damage the Tesla brand.

Some investors remain concerned about plans by Musk, who is worth $268 billion according to Forbes, to finance the Twitter deal. Twitter said Musk secured $25.5 billion of debt and margin loan financing and is providing a $21 billion equity commitment. It is unclear whether Musk will sell Tesla shares to help fund the deal.

Musk holds 172.6 million shares in Tesla and he has already borrowed against about half of his stock, according to Tesla filings. If he puts up more shares as collateral to secure margin loans of $12.5 billion he may be left with roughly 30 million unpledged shares, according to a Reuters calculation.

(Reporting by Hyunjoo Jin in San Francisco; additional reporting by Lewis Krauskopf and David Randall in New York, and Victoria Waldersee in Berlin, editing by Ben Klayman and Bernard Orr)