Home Headlines N.Korea’s Kim orders military to stabilise supply of COVID drugs
Our website publishes news, press releases, opinion and advertorials on various financial organizations, products and services which are commissioned from various Companies, Organizations, PR agencies, Bloggers etc. These commissioned articles are commercial in nature. This is not to be considered as financial advice and should be considered only for information purposes. It does not reflect the views or opinion of our website and is not to be considered an endorsement or a recommendation. We cannot guarantee the accuracy or applicability of any information provided with respect to your individual or personal circumstances. Please seek Professional advice from a qualified professional before making any financial decisions. We link to various third-party websites, affiliate sales networks, and to our advertising partners websites. When you view or click on certain links available on our articles, our partners may compensate us for displaying the content to you or make a purchase or fill a form. This will not incur any additional charges to you. To make things simpler for you to identity or distinguish advertised or sponsored articles or links, you may consider all articles or links hosted on our site as a commercial article placement. We will not be responsible for any loss you may suffer as a result of any omission or inaccuracy on the website.
Headlines 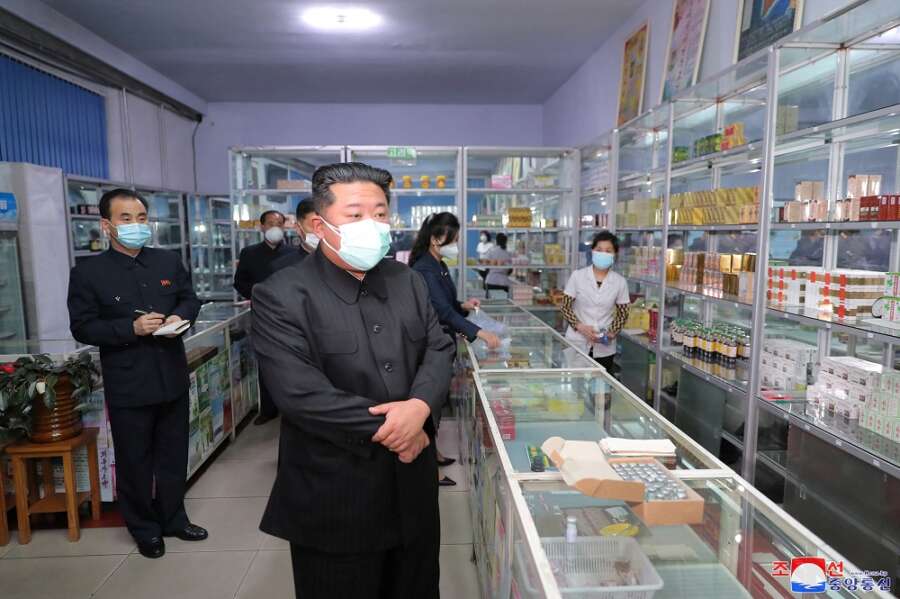 By Josh Smith and Joori Roh

SEOUL (Reuters) -Leader Kim Jong Un has ordered North Korea’s military to stabilise distribution of COVID-19 medicine in the capital, Pyongyang, in the battle on the country’s first confirmed outbreak of the disease, state media said.

Last week brought the North’s first acknowledgment of an “explosive” outbreak, with experts warning it could devastate a country with limited medical supplies and no vaccine programme.

Drugs procured by the state were not reaching people quickly or accurately, Kim told an emergency politburo meeting on Sunday, before visiting pharmacies near the capital’s Taedong River, state news agency KCNA said.

Kim ordered immediate deployment of the “powerful forces” of the army’s medical corps to “stabilise the supply of medicines in Pyongyang City,” it added.

Although authorities had ordered distribution of national reserves of medicine, pharmacies were not well-equipped to perform their functions smoothly, Kim added, the agency said.

Among their shortcomings were a lack of adequate drug storage, salespeople unequipped with the proper sanitary clothing and hygiene in their surroundings falling short of standards, Kim said.

He criticised the “irresponsible” work attitude, organisation and execution by the cabinet and the public health sector, it added.

Seoul’s unification ministry, responsible for cross-border relations, said that it had proposed working-level talks to provide medical supplies, including vaccines, masks and test kits, as well as technical cooperation, but that the North had not received its message.

The offer came shortly after South Korean President Yoon Suk-yeol said he would spare no effort to help the North fight its outbreak, saying it was ready to provide COVID-19 vaccines and other medical support.

Yoon said he would send humanitarian aid without political considerations, while expressing concerns over the North’s recent missile launches and signs of preparations for what would be its first nuclear test since 2017.

“If North Korea responds, I would not save any necessary support for medicines including COVID vaccines, medical equipment and health personnel,” he said in a speech to parliament.

North Korea’s tally of the fever-stricken stood at 1,213,550, with 50 deaths by Sunday, after KCNA reported 392,920 more cases of fever, and eight more deaths. It did not say how many suspected infections had tested positive for COVID-19.

The North has blamed a large number of the deaths on people who were “careless in taking drugs” because of a lack of knowledge about the Omicron variant of coronavirus and its correct treatment.