Home Finance New type of investment could help narrow funding gap for climate adaptation projects, report suggests
Our website publishes news, press releases, opinion and advertorials on various financial organizations, products and services which are commissioned from various Companies, Organizations, PR agencies, Bloggers etc. These commissioned articles are commercial in nature. This is not to be considered as financial advice and should be considered only for information purposes. It does not reflect the views or opinion of our website and is not to be considered an endorsement or a recommendation. We cannot guarantee the accuracy or applicability of any information provided with respect to your individual or personal circumstances. Please seek Professional advice from a qualified professional before making any financial decisions. We link to various third-party websites, affiliate sales networks, and to our advertising partners websites. When you view or click on certain links available on our articles, our partners may compensate us for displaying the content to you or make a purchase or fill a form. This will not incur any additional charges to you. To make things simpler for you to identity or distinguish advertised or sponsored articles or links, you may consider all articles or links hosted on our site as a commercial article placement. We will not be responsible for any loss you may suffer as a result of any omission or inaccuracy on the website.
Finance 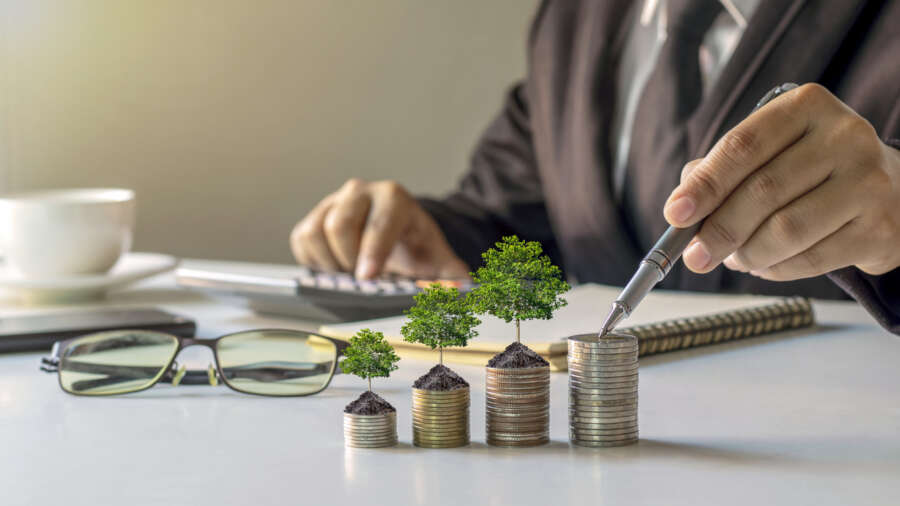 Creating a new type of investment could be the key to boosting funds needed to protect infrastructure projects from the impact of increased physical climate risks, such as extreme weather events, rising sea levels, floods, and rising temperatures.

UNEP has estimated that overall adaptation spending requirements are expected to be in the range of $180 billion annually through 2030 (by comparison, total climate spending could reach $4.5 trillion annually) and even higher between 2030 and 2050.

Within the paper, Buhr suggests that a new global asset class, specifically styled on the US municipal bond market, could expand the potential financing of a range of climate-related infrastructure projects that governments at all levels can undertake, as is currently the case in the US.

“US infrastructure financing is 75% accounted for by state and local spending, and 80% of this amount is provided by municipal bonds. If the requirements for developing countries were funded under a US municipal bond model, funds raised for adaptation purposes could be as high as $180 billion annually,” says Buhr.

“The municipal bond market is highly popular in the US. It provides most of the financing for domestic infrastructure projects. It is also a popular market because interest income on municipal bonds is not, by legislation, taxable as income at the federal level or at the state level in most states.”

According to the paper, this new type of investment could allow investors to provide more funds for financing for a broad range of infrastructure projects, such as increasing energy efficiency of buildings, improving flood and storm surge defences and upgrading water provision systems, often in the face of increased drought conditions. These investments could also support the adaptation of ports and transport networks to mitigate against rising sea levels.

In the US, Buhr says: “Most adaptation projects would encompass the creation or improvement of infrastructure, both grey (i.e., built) and green (i.e., natural). Further, not all such projects will generate the sort of cash flows that investors may require, thus requiring direct government support in any event.” Buhr notes that infrastructure adaptation projects are increasingly being funded by Green Municipal Bonds in the US.

Buhr also notes that the creation of a new global asset class along these lines would expand not only the range of projects, but also the range of opportunities for investors, who are seeking a broader framework for climate finance investing.

“There are several advantages to this proposal: expanding the range of adaptation projects and raising their visibility; expanding the adaptation bond investor base; requiring the development of a standardized and universal set of criteria for adaptation and resilience projects; lower project costs from not deferring necessary projects; and the lower coupon to be paid by adaptation bond issuers instead of taxable debt,” Buhr says.

However, within the report, Buhr concedes that there are a number of potential impediments that could hinder the global adoption of adaptation bonds. Such challenges include the associated difficulties in developing universal standards for this new security; adopting a global tax system that would facilitate issuance of debt with non-taxable interest income on a regional or global scale. “A significant factor that must be acknowledged is that putting this all in place, even with extraordinarily good intentions, will take a number of years,” Buhr says.

New Calabrio Research: Consumers Judge Brands Based on their Customer Service Experience, but Brands are not Empowering Contact Centre Employees for Success